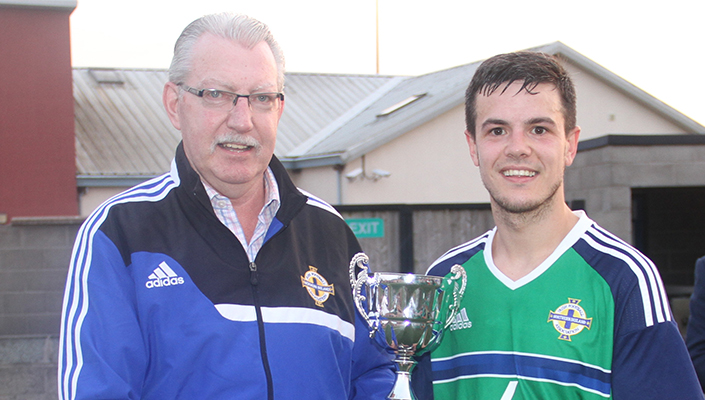 Crumlin Star’s Barry McKervey was the hat-trick hero as Eastern Region swept past Western Region to win the right to represent Northern Ireland in the UEFA Regions’ Cup.

The East turned on the power in Armagh in the second game of a two-legged play-off against the West to ensure they will represent their country in a Regions’ Cup qualifying mini tournament this autumn.

A 4-0 win for Eastern Region at Armagh City’s Holm Park last night meant the East won the play-off 6-0 on aggregate.

Despite being 2-0 down from the first leg in Castledawson, the West tried their best early on to reel the East in.

And they could have taken the lead on 7 minutes when a floated corner found the onrushing Hugh Carlin in space inside the box but he couldn't get a good enough contact to guide the ball into the net.

Western Region (Fermanagh and Western and North West) dominated the play until the 14th minute when Eastern Region (Mid-Ulster and Antrim) took the lead, McKervey producing an explosive shot from a direct free-kick which gave keeper Paul Wells no chance.

And McKervey scored again from a direct free-kick on 33 minutes to put the East in the driving seat.

Western Region tried to get back into it but they went further behind when Crumlin Star man McKervey neatly slotted home a spot kick to complete his treble.

The West could have been forgiven for throwing in the towel at that stage but they continued to battle.

The Eastern defence stood firm, however, until the scoring was completed via another long range strike. Banbridge Town midfielder Stephen Taggart, who also scored with a superb hit in the first leg, let fly from 30 yards and the ball whizzed past substitute keeper Ruairi McElroy into the net.

It was a convincing and well deserved victory for the Eastern Region, who will now represent Northern Ireland in an intermediate stage mini tournament of the UEFA Regions’ Cup which Northern Ireland will host in either September or October.

Harry McConkey, who will be in charge of the team competing in the mini tournament, thanked the players in both squads for their effort and commitment since January.

Norman Livingston, from the Irish FA’s Junior and Youth Cup Committee, was on hand to present the winner’s trophy to Eastern captain Scott McMillan of Harland and Wolff Welders.

See the gallery below for images from the play-off game in Armagh. 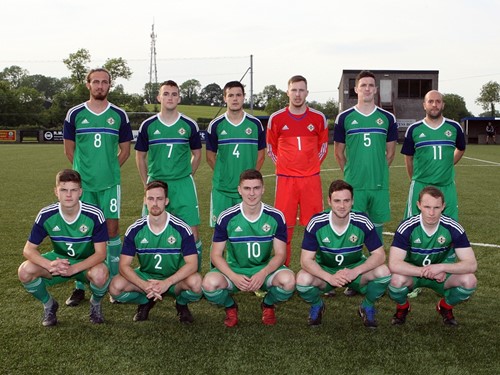 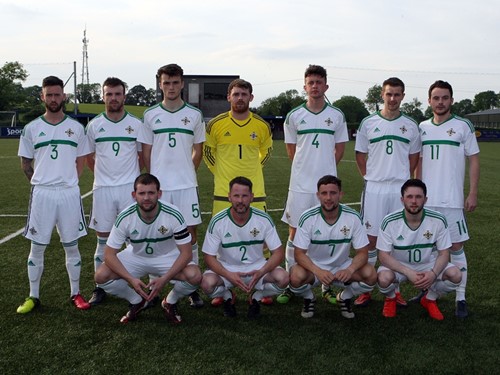 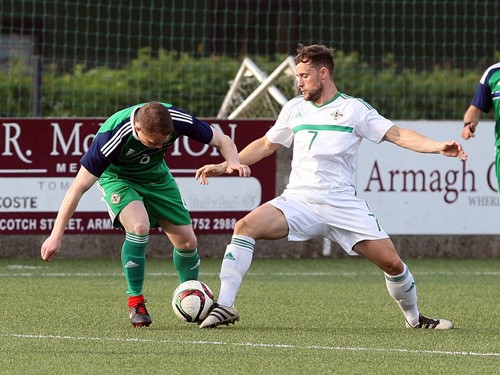 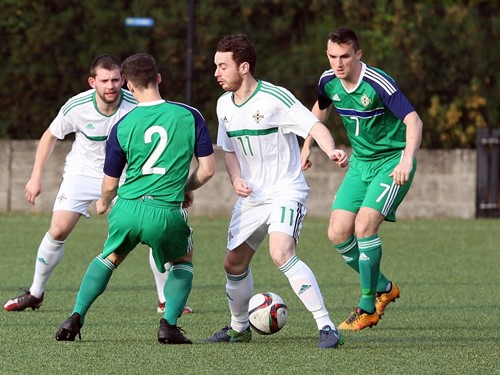 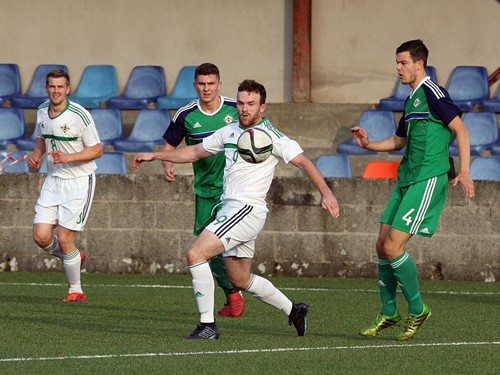 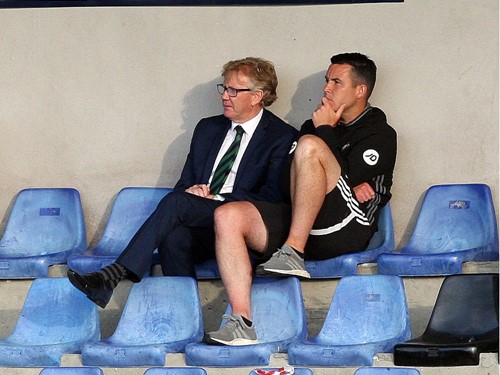 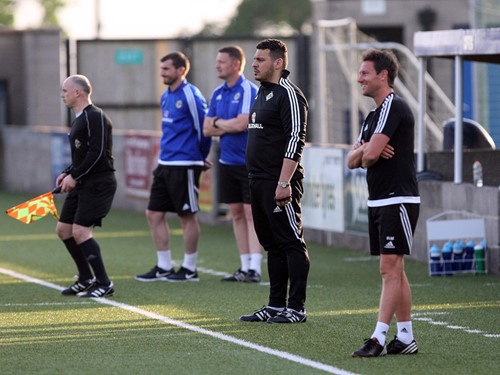 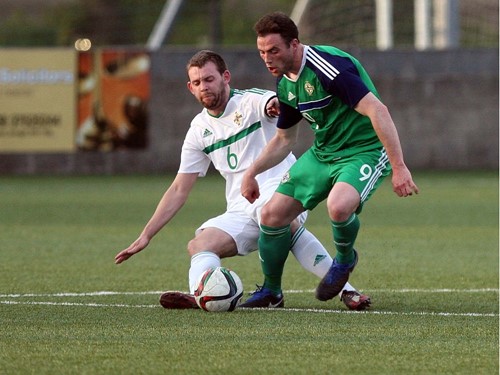 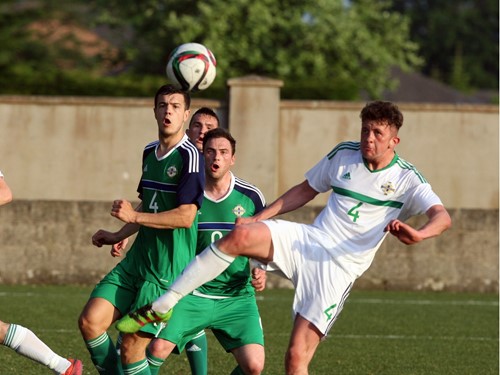 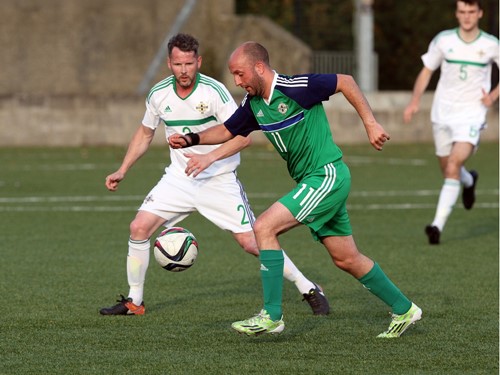 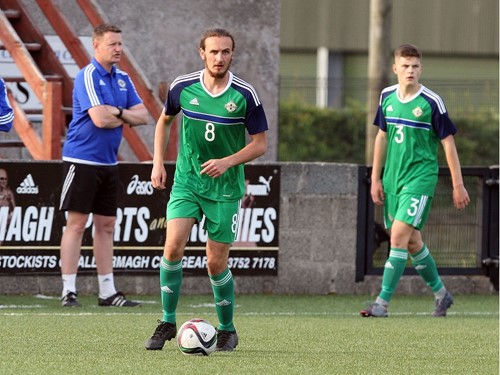