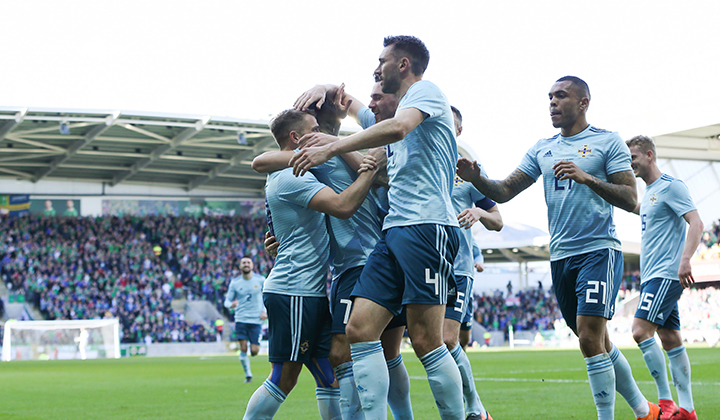 New faces in his panel for the games in Panama City on 29 May and San Jose on 3 June include Crusaders winger Gavin Whyte and Scunthorpe United midfielder Cameron McGeehan, who is on loan from Barnsley. Both players have previously played for Northern Ireland at youth and under-21 level.

Bradford City forward Shay McCartan is back in the fold after not being included in recent squads, while Doncaster Rovers defender Luke McCullough returns following a series of injury setbacks.

The goalkeeper slots are taken by Motherwell’s Trevor Carson, Celtic’s Conor Hazard and Leeds United’s young player of the year, Bailey Peacock-Farrell, who is in the senior squad for the first time.

Both the defence and midfield slots in the panel are packed with experienced players, including Aaron Hughes, who has now won 110 caps for his country.

There are several notable absentees. Northern Ireland captain Steven Davis is still getting treatment on the injury which forced him to miss Southampton’s Premier League run-in, while Hearts striker Kyle Lafferty is not making the trip as his wife is due to give birth. Jonny Evans will captain the side in Davis’s absence.

Nottingham Forest midfielder Jamie Ward and Aberdeen winger Niall McGinn miss out due to injury, too, while QPR forward Conor Washington, whose wife has just had a child, and Wigan striker Will Grigg are also not included.

Kilmarnock winger Jordan Jones is missing due to injury and West Bromwich Albion midfielder Chris Brunt has asked to be excused as he considers his future on the international stage.

Norwich City goalkeeper Michael McGovern, who has been Northern Ireland’s number one for the past few years, is also not in the squad. And his team-mate Jamal Lewis, who made his debut against South Korea back in March, is missing due to injury.

Midfielder Oliver Norwood has been included in the travelling party even though he will be in the Fulham squad for the EFL Championship play-off final against Aston Villa at Wembley on 26 May.

And Cameron McGeehan will be in the Scunthorpe team taking on Rotherham United tonight (16 May) in the second leg of the EFL League One play-off semi-finals. Up for grabs is a place in the League One play-off final against Shrewsbury Town at Wembley on 27 May.

Michael O'Neill said there was a lot of experience at the core of the squad but he was keen to bring in some new faces to add some freshness to the panel. 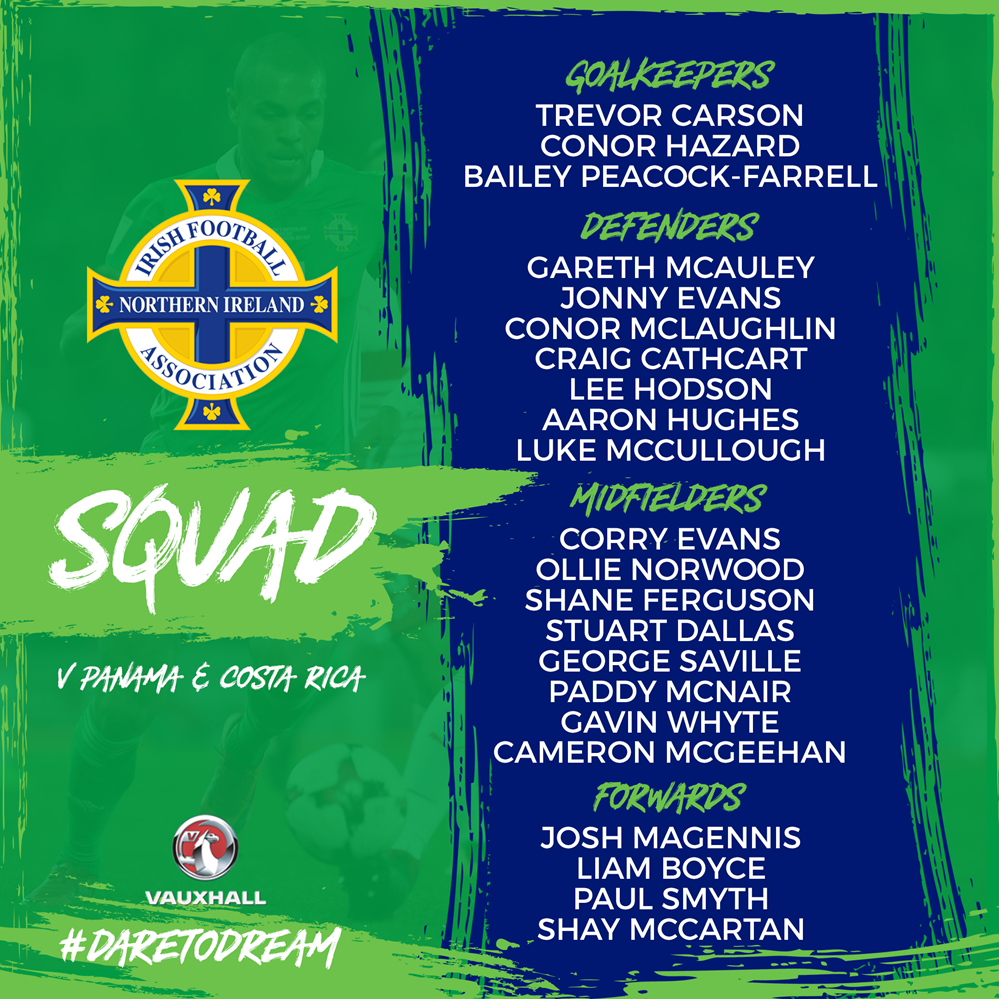