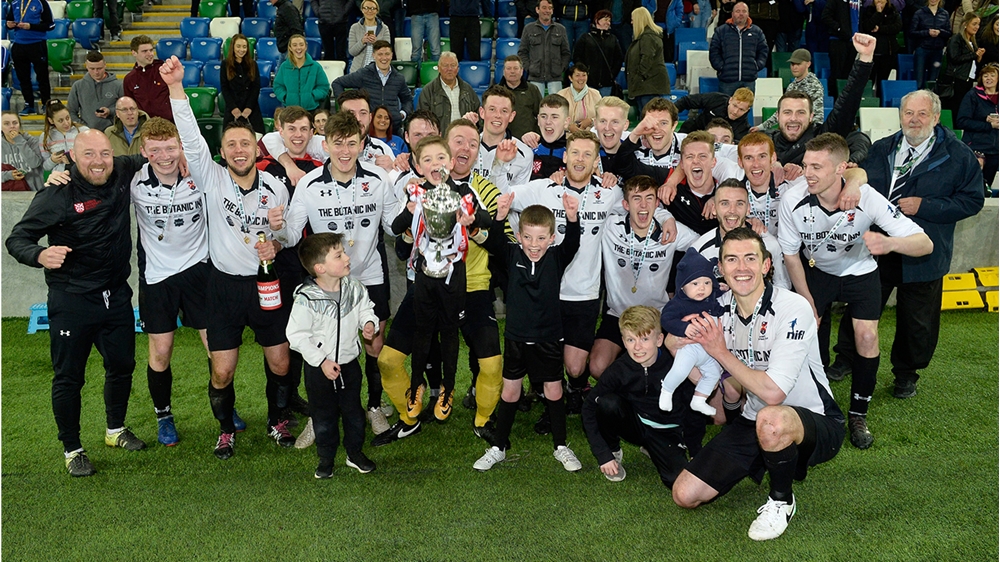 Queen’s University ended a 108-year wait for a major trophy when they defeated Dundela to secure the Match Intermediate Cup this evening.

The university side, formed in 1910, have won the Collingwood Cup (Irish universities trophy) several times in the past but their Intermediate Cup win is their first major success within the Northern Ireland domestic football scene.

The match between the top two teams in the NIFL Premier Intermediate League at the National Football Stadium at Windsor Park was an action-packed encounter and Queen’s deservedly ran out 4-1 winners against the league champions.

Queen’s made the early running and they were ahead against their east Belfast opponents after just three minutes.

A Duns defender tangled with Queen’s striker Connor Mulholland on the edge of the area and the ref deemed it was a foul. Eamon Fyfe stepped up to take the direct free-kick and planted it superbly into the top corner from an angle.

Three minutes later Queen’s midfielder Matthew Hughes had a shot superbly palmed away by Dundela keeper Ryan McBride and then Hughes played in Mulholland but he shot straight at McBride.

Queen’s were two up after 10 minutes, centre half Matt McManus slamming the ball home from close range after the Duns defence had blocked a couple of Queen’s efforts from a corner, including a goal-line clearance from a McManus shot.

In the 18th minute Dundela came close to pulling one back. Daniel Burns produced a powerful low drive just inside the area which clipped the outside of the post.

Just over 10 minutes later the Duns hit the woodwork again, Jay Magee smashing a shot against the bar.

On 34 minutes Queen’s missed a gilt-edged opportunity to increase their lead, Fyfe steering the ball wide when well placed eight yards out.

After the break Dundela, who had beaten their south Belfast opponents four times in the league and cup competitions this season prior to tonight’s final, started to apply more pressure.

And they pulled a goal back when Jordan Morrison rose above his marker to head home an inviting cross from David McMaster.

In the 60th minute, however, Queen’s restored their two-goal cushion. Left back Ronan Young fired in a pinpoint cross which substitute Ciaran O’Hare, who had only been on the pitch for three minutes, powerfully headed past the advancing McBride into the net.

With man of the match Barry Walsh dictating things in midfield for Queen’s they continued to press.

And they got their fourth and final goal of the evening when Ronan Young smashed in a lovely free-kick with three minutes of the game remaining. 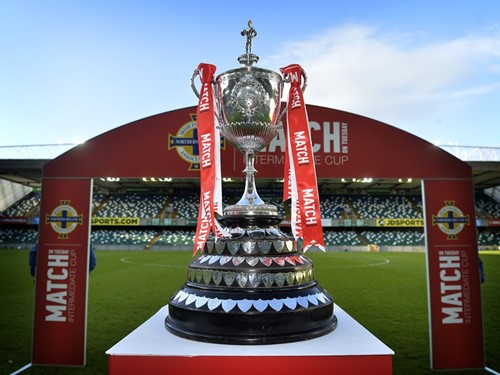 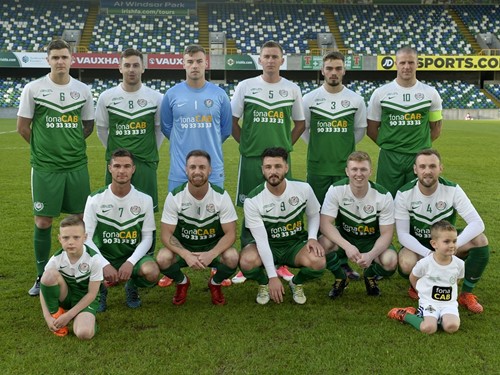 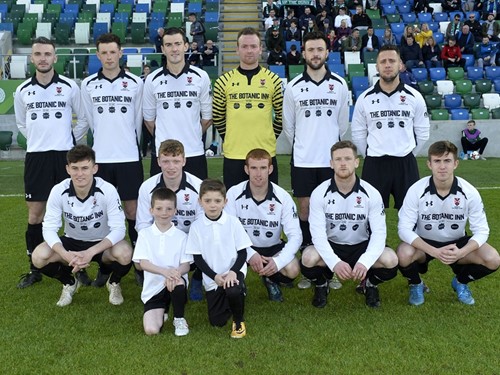 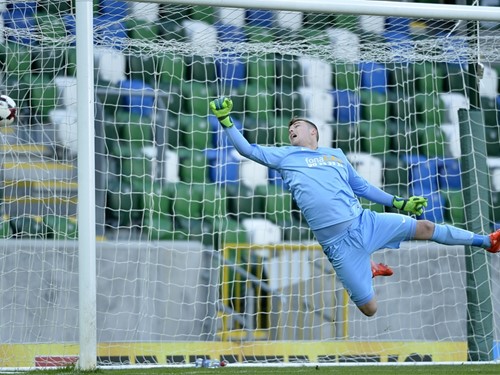 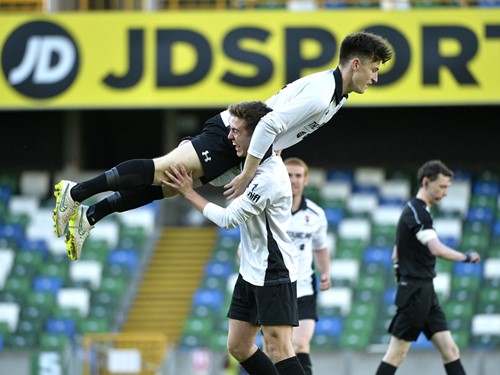 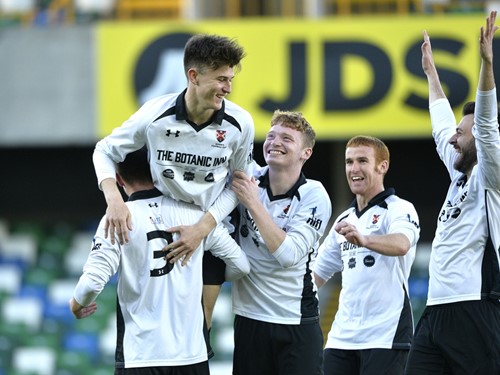 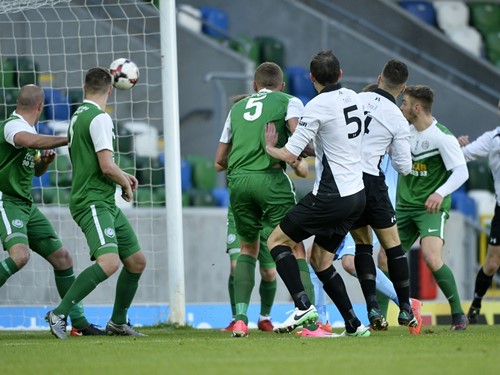 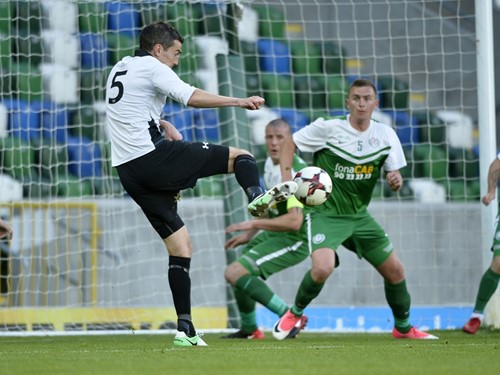 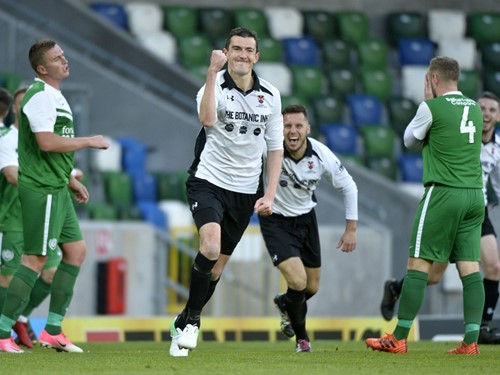 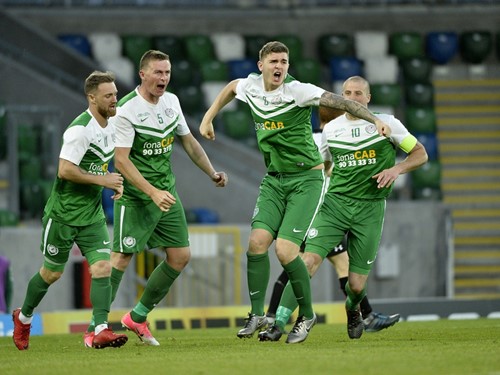 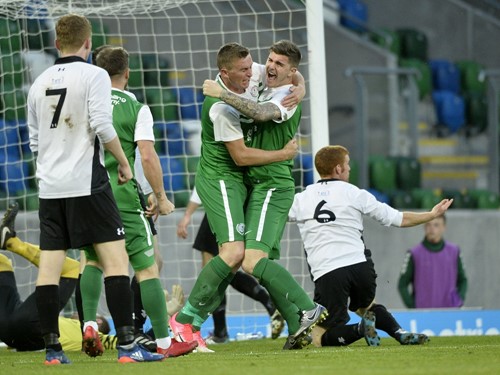 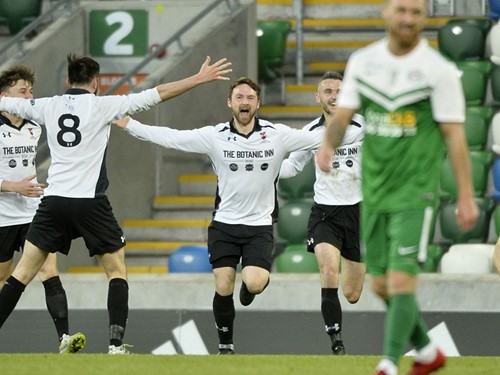 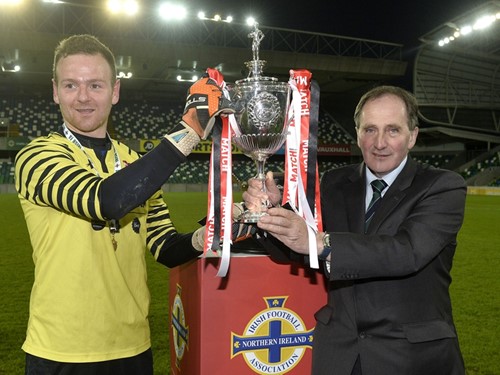 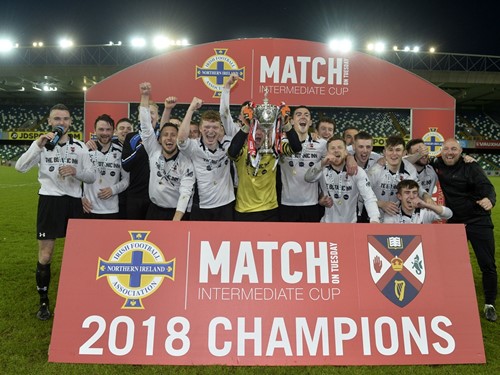 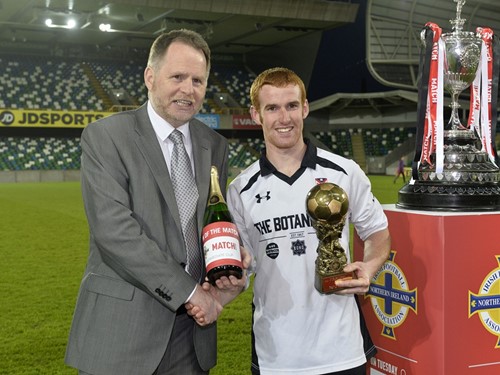