Magennis: 'We are all together in it' 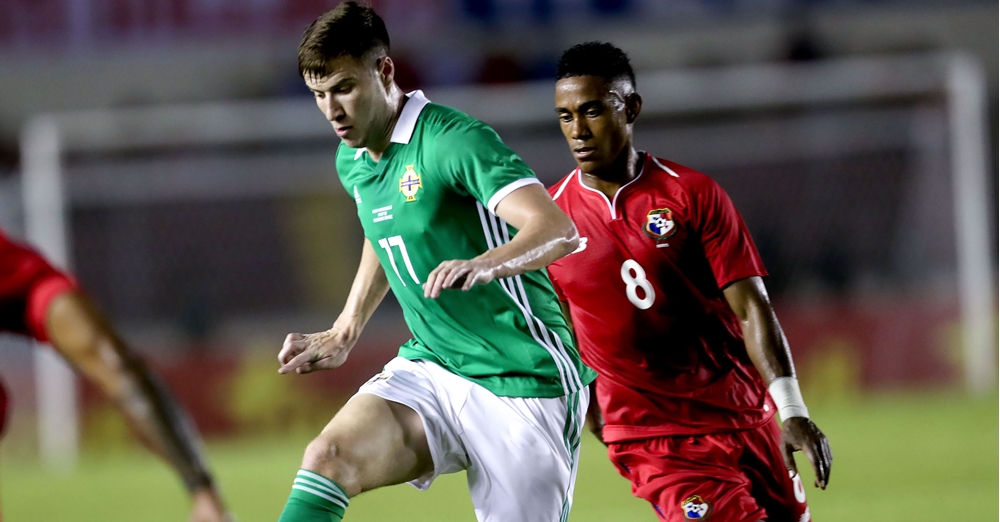 Northern Ireland braved tough conditions in Panama with a 0-0 draw against their World Cup bound opponents.

Josh Magennis started the match that he believed to be some of the toughest conditions he's played in. He was quick to praise the travelling support.

Josh said: "It's unbelievable. I couldn't believe it when I came out and there were that many of them (Northern Ireland supporters) because the travelling we had to do to get here, for them to replicate that and take time off work is brilliant.

"We really do appreciate their support because we are all together in it."

Paddy McNair had an excellent game and felt as though Northern Ireland could have won the game but thanked the fans for making the huge journey.

He said: "I think we actually done enough to win the game but we are happy enough with the 0-0.

"It's a credit to the fans and I just have to say thank you to them for making the long journey out here."

You can watch the full interview with Paddy and Josh by clicking the image at the top of the page.

More more behind the scenes photos and videos from our Central America tour make sure you follow us on Instagram: @NorthernIreland