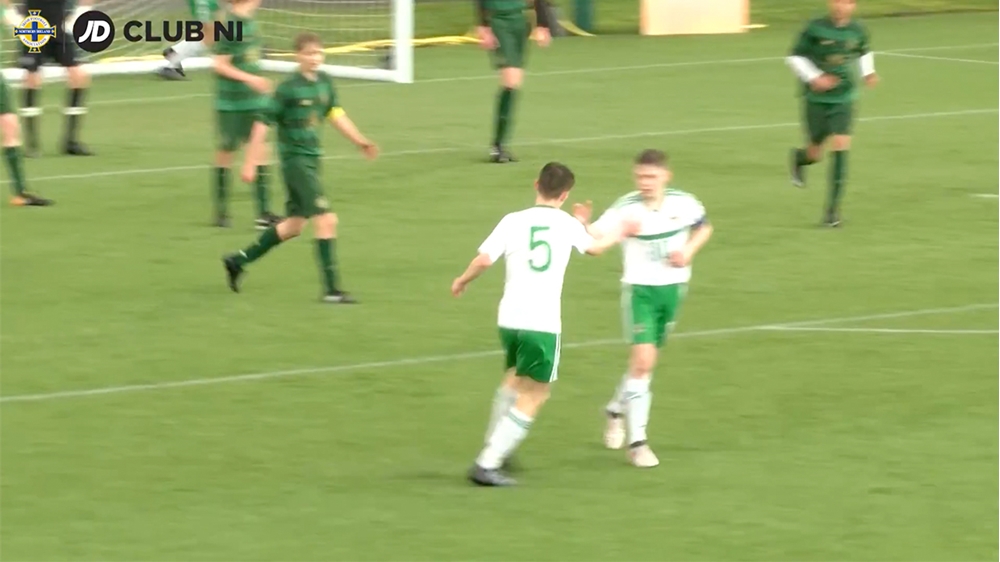 A team from the Irish Football Association’s elite player development programme took on a Celtic youth side in Scotland to mark International Day of Football and Friendship.

Celtic boss Brendan Rodgers was among the spectators when the JD Club NI 2003 side faced a Celtic 2002 side at the Glasgow giants’ training centre at Lennoxtown.

The Northern Ireland team enjoyed plenty of possession and created several chances during the three-period encounter. Aaron Donnelly was on target for JD Club NI, however the hosts were more clinical in front of goal, scoring twice to win the game 2-1.

Declan Devine, who coached the Northern Ireland team, said: “Celtic put out a strong side, featuring many players a year older than our boys.

"We controlled the game and had excellent ball retention with a high standard of play. Arguably we deserved a more favourable result.”

To hear from the coaches and see back the highlights, watch the video above.