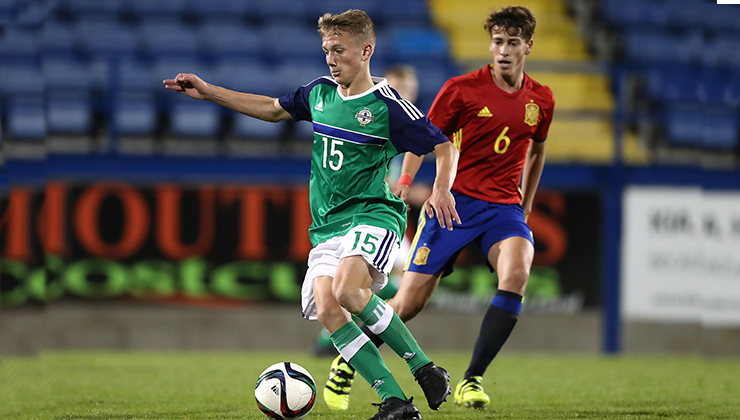 Northern Ireland U17 international, Ethan Galbraith, has fought off competition from Paul Pogba and Alexis Sanchez to win Manchester United’s goal of the month award for April.

The goal was picked ahead of Pogba’s finish which inspired United’s comeback against Manchester City at the Etihad last month and a header from Chilean striker Sanchez.

Ethan started his football career with Carnmoney Colts before playing for underage teams at Ballyclare Comrades, Glentoran, Crusaders and Linfield.