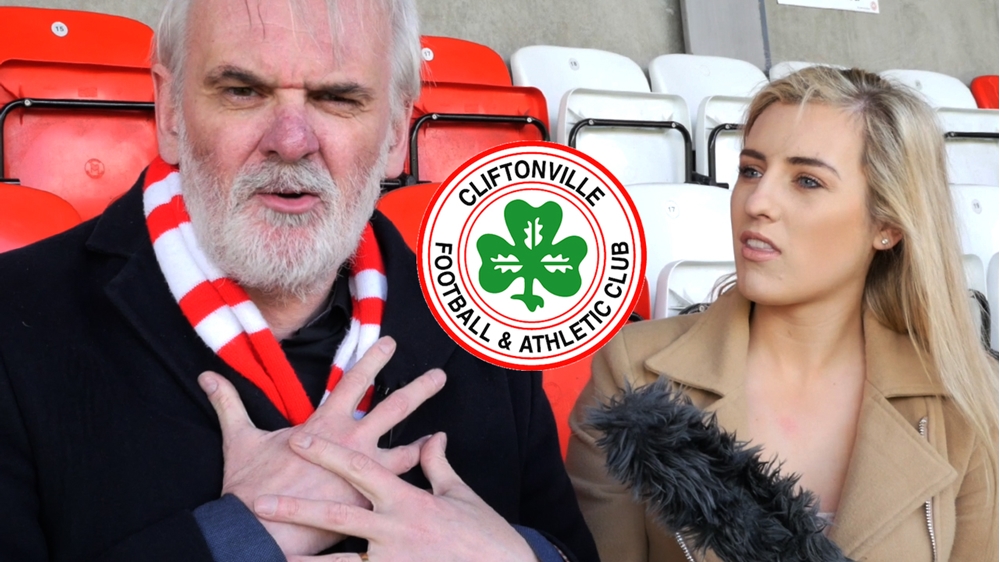 Our reporter was on hand to ask Cliftonville fanatic Tim McGarry his thoughts on the match and find out just how optimistic he is about his side's chances of a ninth Irish Cup win.

The last time Cliftonville won the Irish Cup was back in 1979 when Tony Bell scored a famous goal to beat Portadown 3-2. Tim, with a little help from his commentator, attempts to recreate the scene from that goal.

You can watch the full comedy video by clicking on the image at the top of the page.