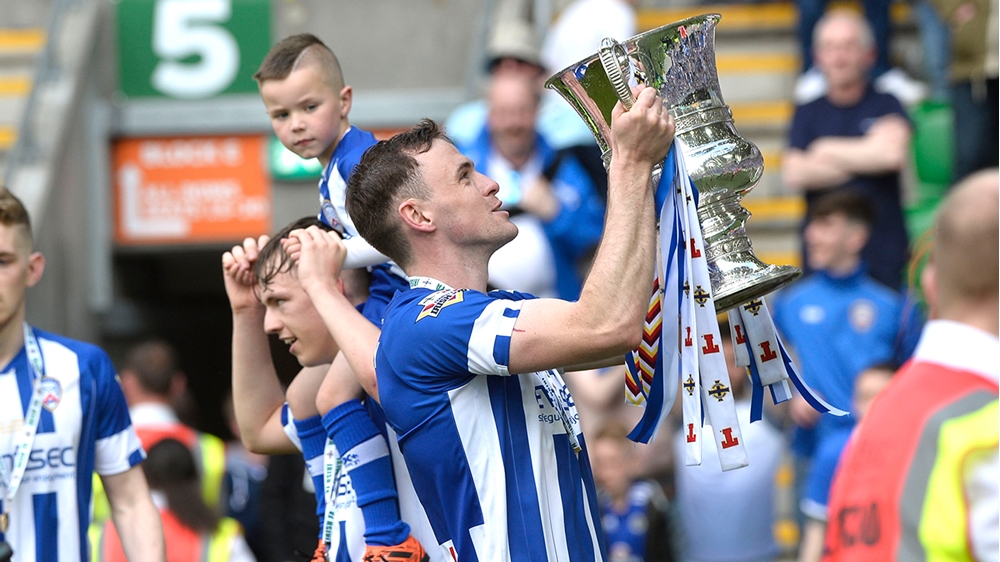 Darren McCauley is thankful that Coleraine didn't end the season without a trophy thanks to a 3-1 win against Cliftonville in the Tennent's Irish Cup Final.

McCauley spoke about his relief after the final whistle: "It's unbelievable, it means the world, it really does. Especially after missing out on the league, it's a big consolation. I thought we had a really good season and obviously last week was really disappointing.

The midfielder put Coleraine ahead in the early minutes of the second half and two further goals sealed their first Irish Cup since 2003. He said "I just saw it coming over, I shouted to Jamie (McGonigle) to leave it and thought just keep your head over it and across it and it was always going in.

To see back the goals and hear more from McCauley and Coleraine fan Jimmy Nesbitt, watch the video above.