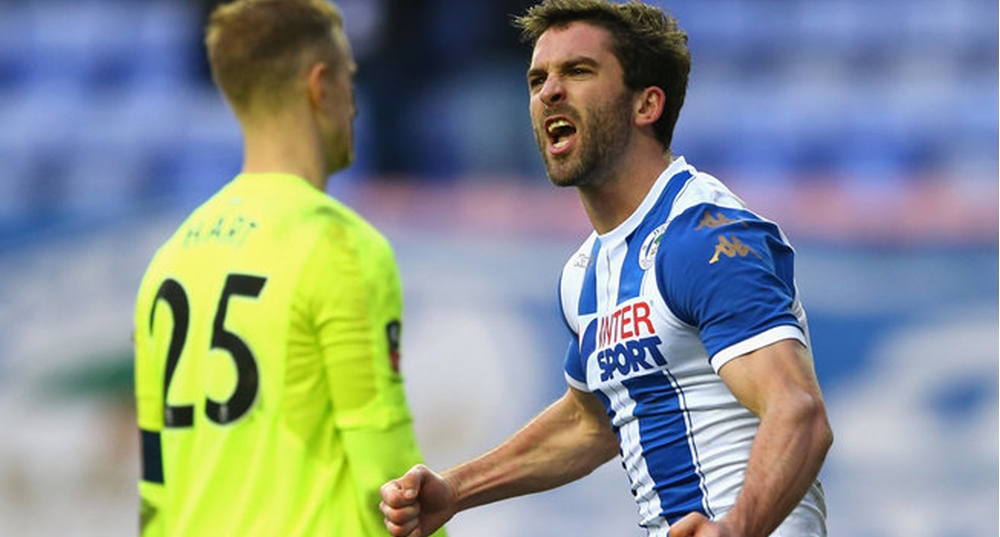 Wigan Athletic striker Will Grigg scored his 26th goal of the season as Paul Cook’s side secured the League One title with a narrow 1-0 win over Doncaster Rovers at the weekend.

The Latics went into the final game of the season needing just a point to finish ahead of Corry Evans’ Blackburn Rovers outfit who maintained the pressure right to end with a 2-1 victory over Oxford United.

At the other end of the table though there was disappointment for Cameron Dummigan and Ryan McLaughlin, both of whom are currently injured, as Oldham Athletic suffered relegation to League Two after they could only draw at Northampton Town.

Northern Ireland under-21 midfielder Callum Camps will be playing League One football next season though as Rochdale survived the drop by a point after recording a 1-0 win at home to Charlton Athletic.

In the Championship Paddy McNair made it four goals in his last five appearances after scoring in relegated Sunderland’s shock 3-0 win over champions Wolves at the Stadium of Light yesterday.

Meanwhile, on-loan winger Jamie Ward was part of the Cardiff City side that sealed automatic promotion to the Premier League at the expense of Ollie Norwood’s Fulham whose unbeaten run of 23 league games came to an end following a 3-1 reverse at Birmingham City.

Fulham now travel to Derby County in the first-leg of the play-off’s this coming Friday.

Burton Albion, with both Liam Boyce and Tom Flanagan in their starting line-up, failed to maintain the Championship status after losing at Preston coupled with Bolton Wanderers dramatic win at home to Nottingham Forest.

In Scotland, Kyle Lafferty chalked up his 18th goal of the season to give Hearts the lead against champions Celtic who eventually ran out 3-1 winners at Tynecastle, while striker Billy McKay was also on the scoresheet in the Premiership as Ross County claimed a point in a 1-1 draw at Partick Thistle.

West Bromwich Albion gave themselves a glimmer of hope of avoiding relegation when they moved off the foot of the Premier League table after a stunning 1-0 victory over Spurs at the Hawthorns.

Baggies skipper Chris Brunt admitted it was imperative to give something back to the fans in what was their final home game of a difficult season.

“I think it’s important to give something back to the fans - to make them feel proud of their club,” said Brunt. “Regardless of the results throughout this season the fans have just kept coming back and the atmosphere today again was great.

“That was as loud a crowd as we’ve probably had this season and they were willing us on to the final whistle.

“Thankfully we were able to give them something to go home shouting about.

“No matter what results turn up in the remainder of this season at least we ended the season at home on a positive and that gives us something to look forward to going into next season.”

Finally, Northern Ireland under-21 midfielder Charlie Owens was drafted into the Queens Park Rangers squad for the first time for the game at Leeds United yesterday.

The former Spurs trainee will sign a new deal with the Hoops in the summer to extend his stay at Loftus Road for another twelve months.