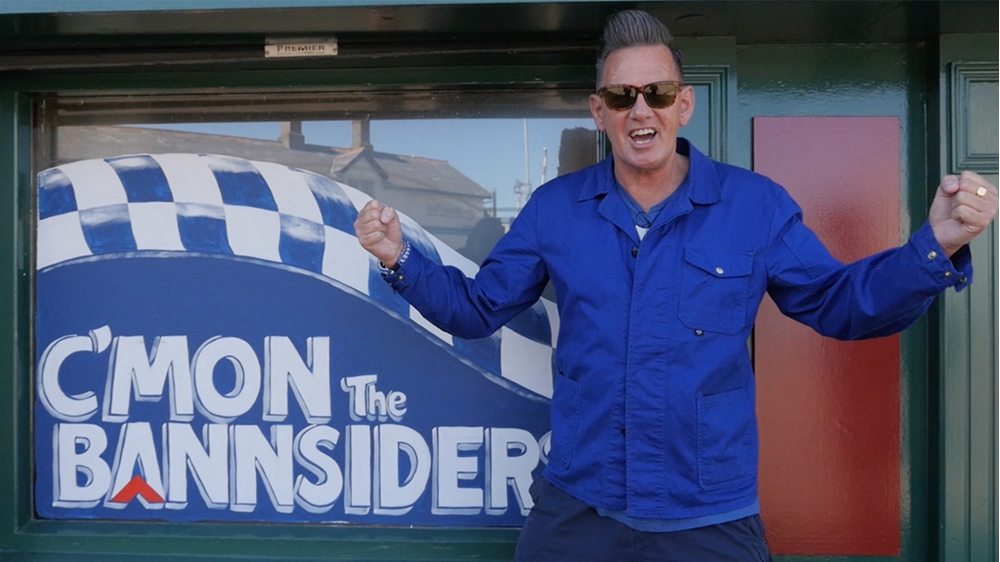 Coleraine has been hit by Tennent's Irish Cup Final fever ahead of their match on Saturday against Cliftonville at the National Football Stadium at Windsor Park.

The final will be Coleraine's second in a row but that hasn't stopped the whole town getting behind their side.

Fan and local celebrity Alan Simpson showed us round the Town and met some of those who are getting behind Coleraine with specially designed Scooters to flags on boats.

To hear from these people and more, watch the video above.