Banbridge Town and Sparta Belfast are up for the cup 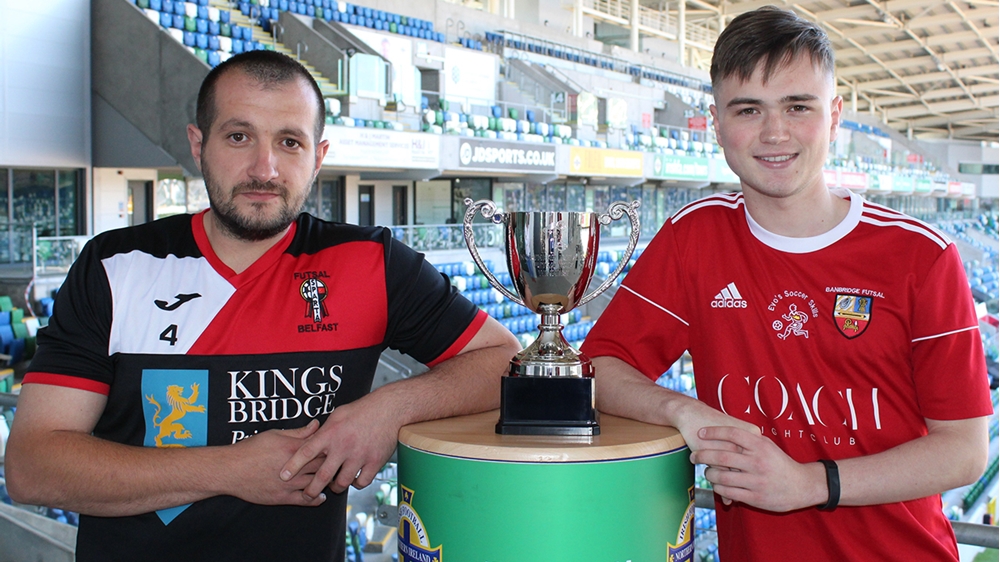 Two of the top futsal teams in the country will be battling it out in the inaugural Northern Ireland Futsal Cup final this weekend.

Banbridge Town, who currently lie second in the Northern Ireland Futsal League, are set to go head to head with Sparta Belfast, who occupy third place in the league just now, in the decider on Sunday (20 May).

Newry Leisure Centre, which has a dedicated futsal court, is the venue for the final, which kicks off at 3.15pm.

It is the first season the knockout cup format has been introduced as part of the male domestic futsal programme and the two sides will be keen to become the inaugural winners of the trophy.

Both sides will be keen to conclude their season with silverware and whatever the outcome the game promises to be a strong showcase for futsal in Northern Ireland.

Entry to the game is free of charge and fans of futsal are encouraged to attend and create a red-hot atmosphere in Newry.

Image: Horatiu Octavian from Sparta Belfast and Banbridge Town’s James Gould admire the Northern Ireland Futsal Cup. Sparta and Banbridge are set to face each other in the Futsal Cup final on Sunday.