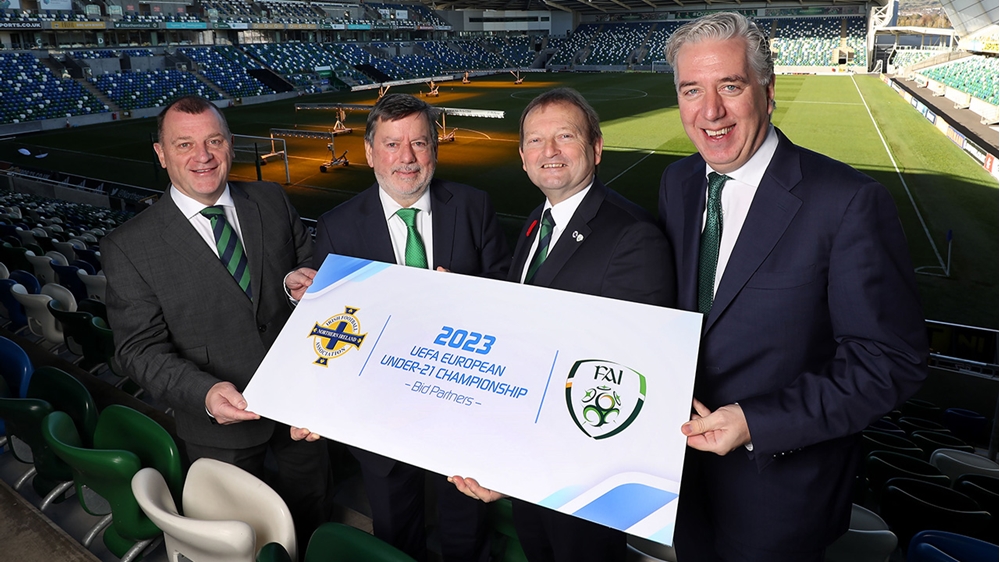 The UEFA Under-21 Championship is the second biggest football tournament in Europe after the UEFA Euros. The best young talent from across the continent play in the tournament with players such as Luís Figo, Petr Čech, Iker Casillas and Andrea Pirlo all having featured in the competition before becoming senior internationals.

The formal bid will be submitted to UEFA next year with a decision expected in early 2020. While venues will be finalised as part of the bid process, matches could be played at the Aviva Stadium, the National Football Stadium at Windsor Park, the redeveloped Dalymount Park, Ballymena Showgrounds, Tallaght and Turner’s Cross.

The Irish Rugby Football Union has also confirmed that Thomond Park in Limerick and Kingspan Stadium in Belfast can also be used as potential venues in any bid.

If successful, it is expected that both the Republic of Ireland and Northern Ireland would qualify as hosts for the 2023 Championship. Northern Ireland finished second in their recent Under-21 qualifying campaign, winning six of their 10 matches, drawing two and losing two. The Republic of Ireland finished third in their group, winning four of their 10 matches.

It is the first time that the Associations have worked together on a joint bid and comes ahead of the friendly international between the Republic of Ireland and Northern Ireland at the Aviva Stadium on 15 November.

John Delaney FAI Chief Executive said: “This is an historic announcement as it sees both the FAI and the IFA working together on a project which will bring significant benefits to Ireland - north and south. There is no doubt that there will be competition from across the continent to host such a prestigious tournament, but we believe that the unique nature of our bid makes it a compelling vision for both UEFA and the wider European football family.”

Patrick Nelson Irish FA Chief Executive said: “Northern Ireland successfully hosted the 2017 UEFA Women’s Under-19 Championship and will host the UEFA Under-19 Championship in 2020. We saw last year how a tournament can help inspire a generation to play football and I have no doubt that, if successful, 2023 would help grow the game at all levels. We could not host a tournament of this scale on our own, therefore I am pleased that both Associations are working in partnership on this bid. I believe that together we can showcase the best of the game in Northern Ireland and the Republic of Ireland to the football world.” 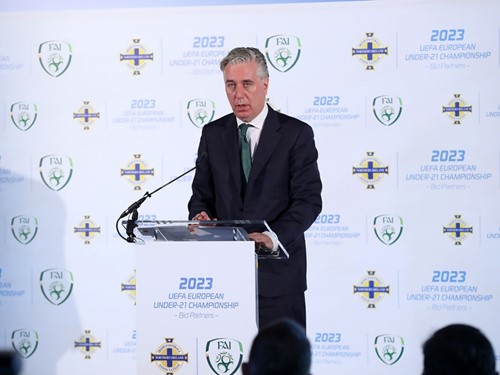 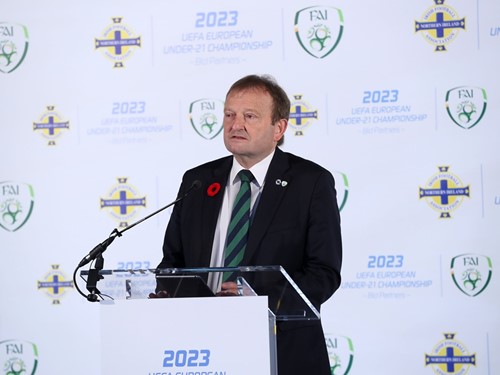 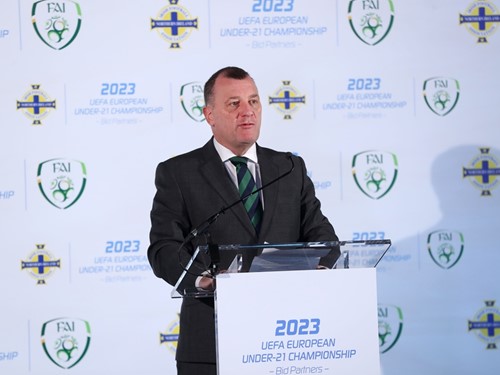 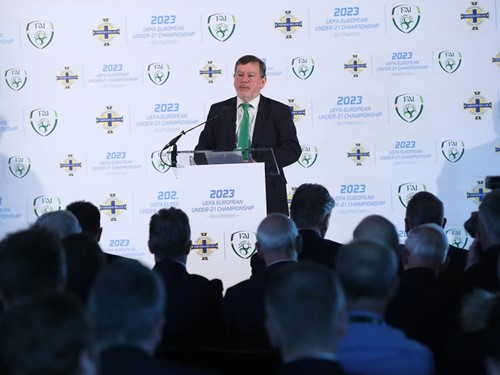 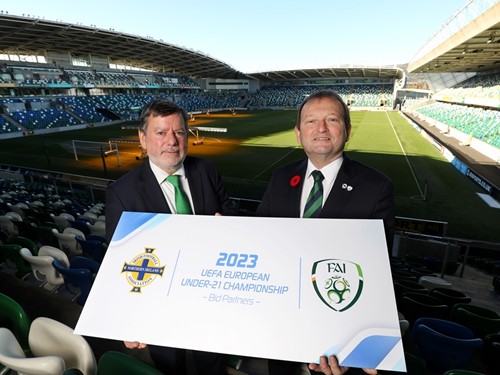 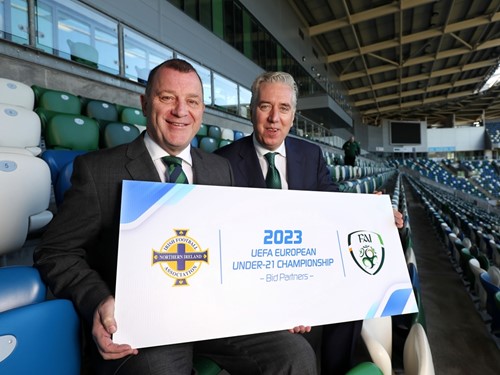