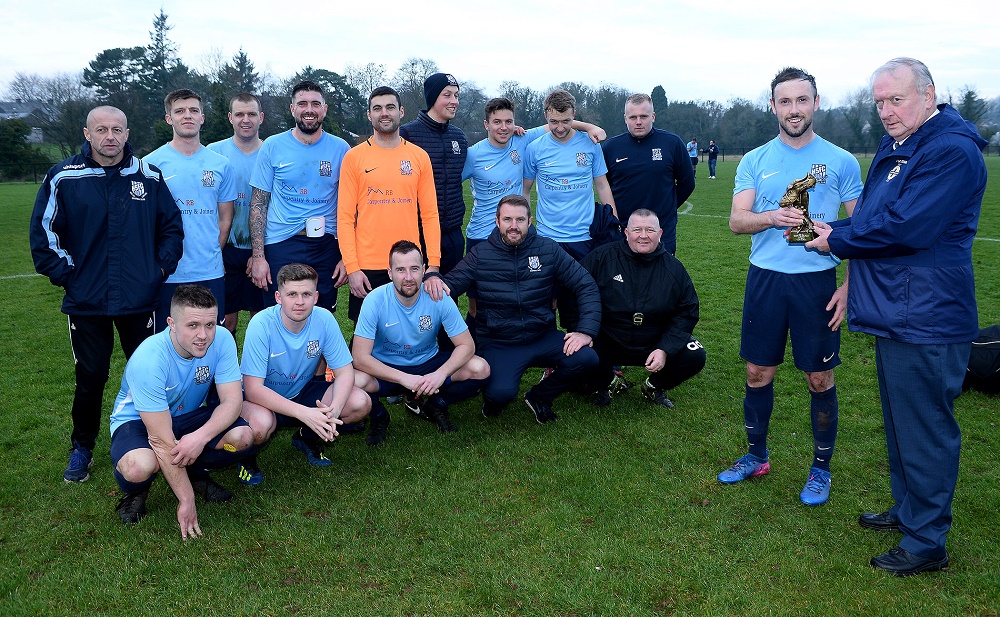 Gregg Harrison bagged a hat-trick as Hill Street swept past Aghadowey in the fonaCAB Junior Cup Third Round 'tie of the round' at Clyde Park.

Both sides probed to gain the upper hand right from the kick-off so it was perhaps no surprise when the opening goal came after just 13th minutes when Hill Street's Harrison tapped in from close range to give the visitors the lead.

An end-to-end affair, Hill Street added to their advantage with just over half-an-hour on the clock courtesy of a powerfully hit 25-yard drive from the boot of Stephen Lawson.

Matthew Reynolds stretched Hill Street's lead six minutes from the break with a low finish from the edge of the area before, right at the end of the first half, Lawson doubled his tally with a superb 12-yard drive past stranded Aghadowey keeper Pearse McNicholl.

As the second half started Harrison thought he had found the net when he latched onto a loose ball a couple of yards out and could only watch as the shot went wide of the base of near post.

Aghadowey started to come to life and forced Karl Cullen in the Hill Street goal into action but just found that they couldn't get the final touch.

As the half progressed Aghadowey were having more possession but Harrison extended Hill Street's grip on the game with a rasping volley from inside the area.

Aghadowey did earn a consolation through Christopher Downey's bullet header from inside the box with ten minutes remaining but, a few minutes after that, Harrison knocked home Hill Street's sixth from the spot for his hat-trick.

To their credit, Aghadowey kept plugging away and grabbed a second with a couple of minutes left after Kevin Loughery turned Christopher Dempsey's cross into the net but it was too little, too late to prevent Hill Street running out comfortable 6-2 winners.