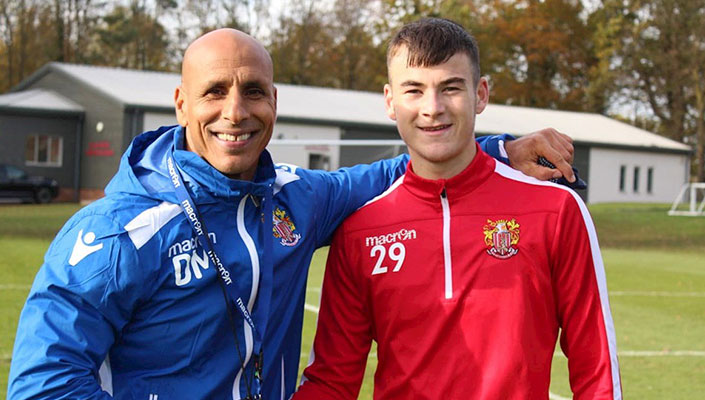 The 17-year-old, who has already tasted first-team football with the Hertfordshire side this season, has been one of the stand-out players at the Stevenage Academy over the past few seasons.

Former Glentoran player Dino Maamria, who took over as manager of the club back in March, admitted they had no hesitation offering Smyth a professional deal following impressive displays for both the Youth and first team this term.

Speaking to the official club site, Maamria said. “I didn’t know anything about Liam until I started watching the youth team games and he kept popping up and scoring goals.

“I brought him up here and he has trained well - he played in and scored a fantastic hat-trick in a Herts Senior Cup game and you can’t overlook that as the manager of the football club.

“I have given him a few games with the senior boys since and he has done really, really well.

Smyth, who is in Stephen Frail’s under-19 squad for this week’s Euro qualifiers, made his first-team debut in the Football League Trophy defeat to Charlton Athletic last month and Maamria has no doubt he has the character to go on and fulfil his potential.

“He is a really good kid so I am sure he will listen and take on board our advice. He is only 17 so he has so much more to learn but he is a goalscorer and we want to make sure we develop and improve him.

“All of his game needs to improve,” added the Stevenage boss, ”He has got a good frame on him but he is young and what we are looking for is potential, which he has certainly got.

“The hardest thing in football is scoring goals and he has shown he has that knack. It is fantastic for us, fantastic for him and I am sure we will see him making one or two starts this season.”