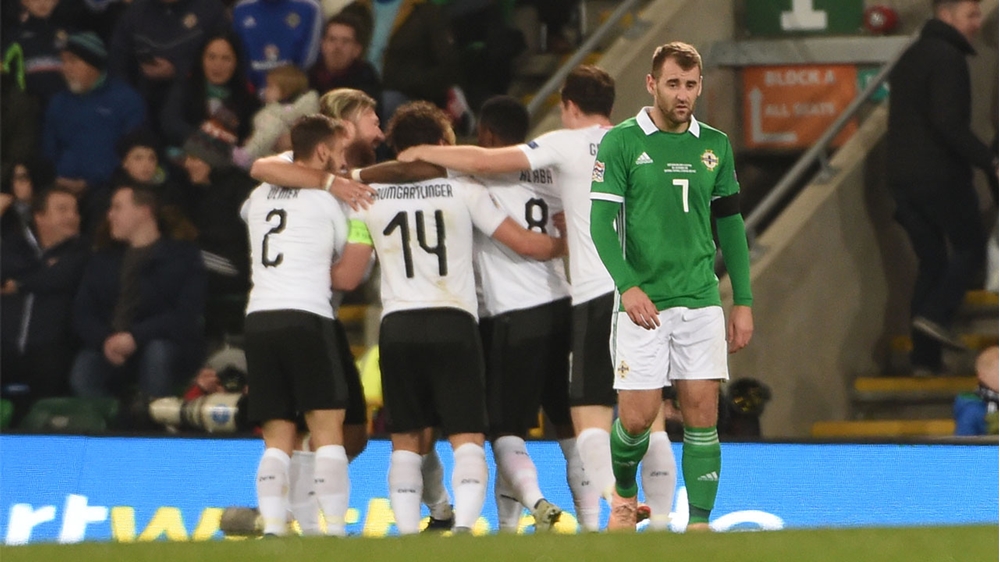 Northern Ireland's frustrating UEFA Nations League campaign concluded with a 2-1 defeat at home to Austria with the visitors grabbing their winner deep into stoppage time.

Michael O'Neill's side almost got off to a great start when, after just seven minutes, Liam Boyce teed up Corry Evans to fire goalwards from the edge of the box forcing Austrian keeper Heinz Lindner to produce an excellent stop to tip the ball over the bar.

Austria had an early opening, too, after 14 minutes courtesy of David Alaba's free-kick which he curled over the wall and, fortunately, over the bar just outside the area.

Martin Gregoritsch then burst forward to drill a low, left-footed shot which rolled a couple of yards wide, but Trevor Carson comfortably turned it away for a corner.

Chances were at a premium throughout the first half with the visitors being restricted to long range but fruitless efforts.

The breakthrough almost came just before the break. George Saville was brought down on the edge of the area by Xaver Schalger and, from the resultant free-kick, Niall McGinn agonisingly sent the ball over the wall but just wide of the post as Lindner scrambled to reach it.

However, the deadlock was broken just four minutes into the second half. Peter Zujl cut down the left before knocking the ball back for Alaba who, in turn, dummied it into the path of Schalger on the edge of the area to finish the move with a low finish into the opposite corner of the net.

Steven Davis almost levelled soon after. He took the time to control the ball before offering up a low shot from 10 yards only for his effort to be well blocked by Aleksandar Dragovic.

But Northern Ireland did equalise on 56 minutes with Corry Evans' first international goal since 2010 with a deflected drive finding its way into the far corner after Jordan Jones had knocked the ball on from a Saville delivery.

Both goals breathed new life back into the game with both sides pressing for what might be the winner.

Saville got himself into a good position only to be stopped on the edge of the box while Schlager failed to control a Gregoritsch low cross before Alaba flashed a 25-yard drive just wide.

Alaba threatened again with a left-foot strike over the bar after trading passes with Marko Arnautovic. Play then switched to the other end for Saville to twist a shot just the wrong side of the upright.

Austria's winner arrived on 92 minutes. After a Jones effort, play broke quickly down the other end with Arnautovic picking out Valentino Lazaro to curl a well executed effort beyond Carson's reach into the top corner. 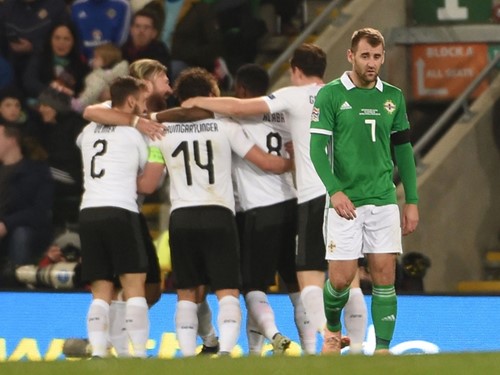 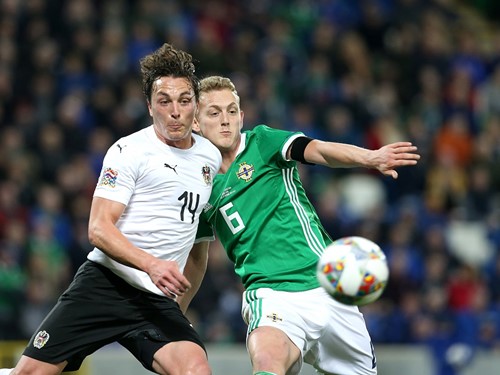 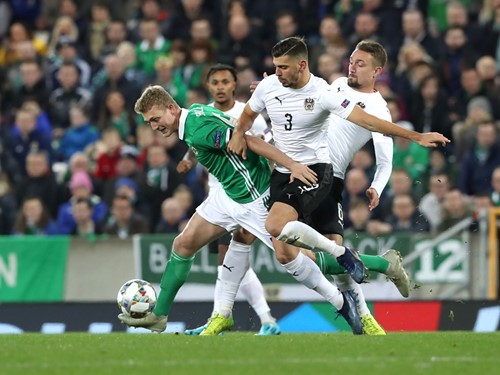 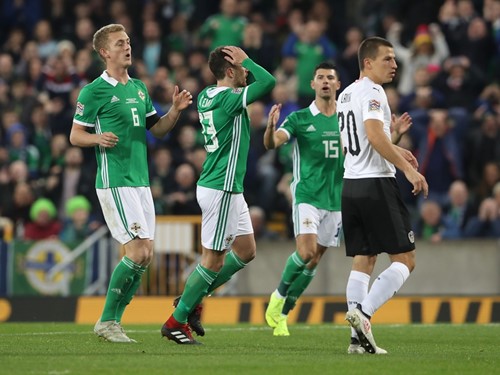 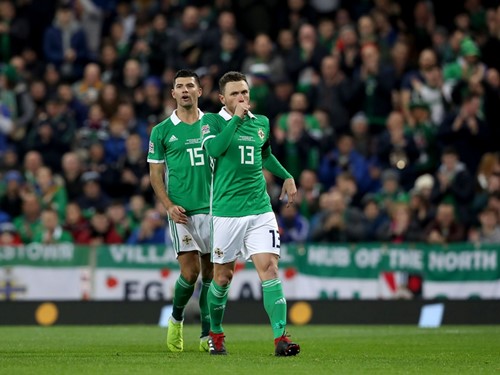 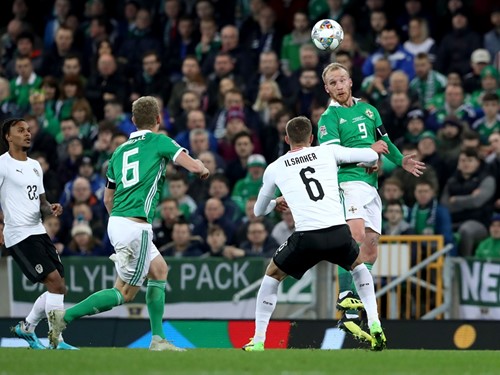 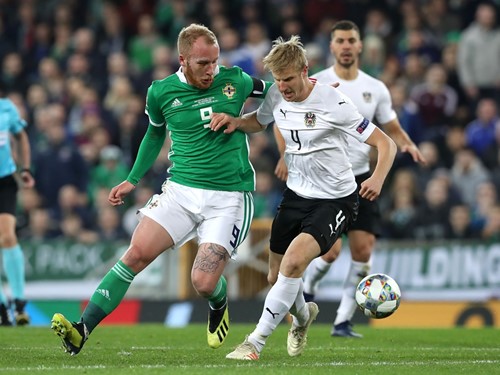 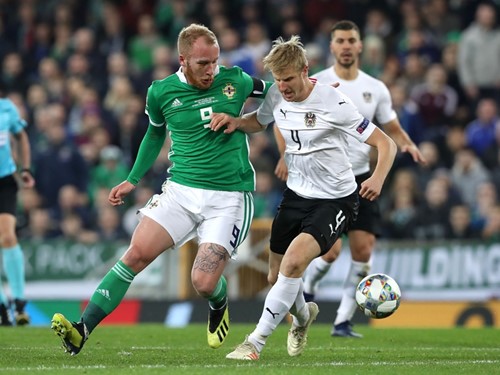 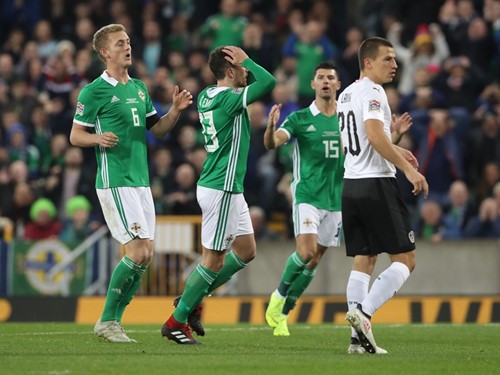