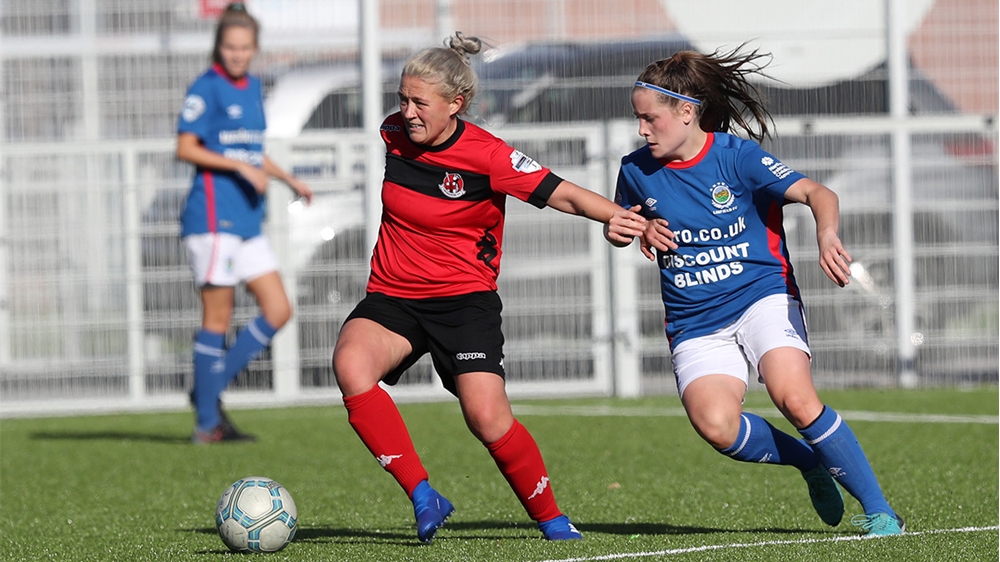 Northern Ireland futsal international Heather Mearns has revealed it was “special” to take part in a Game of Remembrance to mark 100 years since the end of the First World War.

The 32-year-old central midfielder turned out for the British Army women’s team against the German Bundeswehr (Army) women’s team in Nottingham yesterday.

Notts County hosted the game at their Meadow Lane ground, while a men’s game was staged at Nottingham Forest’s City Ground.

The two matches, organised by The Army Football Association Charitable Fund, are part of a wider project called Games Of Remembrance which encourages schools to find out more about the Great War and football’s links to it.

This Sunday (11 November) marks 100 years since the Armistice was signed in November 1918, bringing an end to the First World War, and the fund said the games provided an opportunity for football fans to pay their respects and learn more about WWI ahead of Remembrance Sunday.

The Army lost both of the Armistice centenary games against the Bundeswehr yesterday. The women’s game finished 2-1 to the Germans, while the German Army won the men’s game 3-1.

Heather, who plays for Crusaders Strikers in the Danske Bank Women’s Premiership, has been a member of the Army Reserve (formerly Territorial Army) for the past four years.

The Northern Ireland futsal international attended intensive trials in Aldershot over a four-day period last month to secure a place on the Army team which took part in yesterday’s game. And she was one of only two members of the Army Reserve to make the grade.

The team was managed by Warrant Officer Margaret McAteer, the Army’s Head Coach, who is originally from Northern Ireland.

Heather, who limped out of the game at half-time after taking a knock to an ankle, said the team gave a good account of themselves against a strong German outfit, however she added that the Army keeper, Jessica Hawley, pulled off some superb saves and was the player of the match.

“It was special to be involved in the game. My family has strong military connections and links to the Great War. Private James Thornton, who would have been a Great Uncle of mine, was killed during the First World War and several family members were involved as well, including my father’s two grandfathers,” she revealed.

Her call-up for the match means Heather is now part of the Army women’s squad who compete in the Southern Counties League in England. She hopes to make her debut in the coming months.

It also means the midfielder will represent the Army during the Inter-Services championships next year.

The Army Football Association Charitable Fund explained football is the national game in both the UK and Germany and it is the Forces’ game too.

It noted that in 1914 all 50 professional UK football clubs were encouraged to help recruit young men to the Armed Forces. And more than 2,000 professional footballers and over 100,000 fans and amateur players stepped up to serve.

Image: Heather Mearns, seen here in action for Crusaders Strikers against Linfield Ladies, playedfor The Army women’s team against the German Bundeswehr women’s team in Nottingham yesterday in a game to mark 100 years since the end of the First World War.