Certificates presented to volunteers at football, GAA and rugby clubs 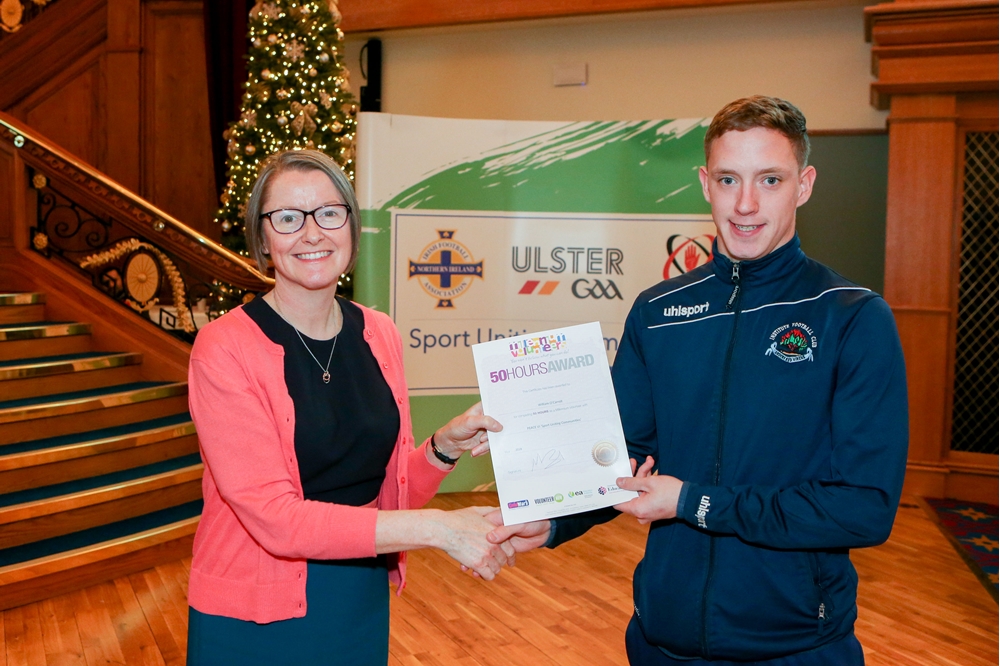 Young volunteers from clubs taking part in the Sport Uniting Communities project have been recognised for their commitment to volunteering.

The project, which is supported by the European Union’s PEACE IV Programme, is run by the Irish FA, Ulster GAA and Ulster Rugby with the Football Association of Ireland acting as an official project partner.

Its overarching aim is to use the reach of each sport to create meaningful and sustained contact between people from different communities and to improve attitudes, respect, inclusion and tolerance.

A volunteer development programme and a youth leadership programme are key elements of the initiative.

Titanic Belfast was the venue for the first awards ceremony staged as part of the four-year project, which is managed by the Special EU Programmes Body (SEUPB).

Volunteers aged 14 to 24 from 45 participating football, GAA and rugby clubs across Northern Ireland as well as Cavan, Donegal and Monaghan were recognised for their contributions to their respective sports.

As part of SUC the young volunteers participate in the Volunteer Now Goldmark initiative, which has three sets of awards for volunteering: 50 hours, 100 hours and 200 hours. The 200-hour accolade is an award of excellence.

At the ceremony in Belfast certificates were handed out to those who have clocked up the hours within their chosen sport.

And certificates were also presented to participants on the youth leadership programme which is part of SUC.

Guests at the event - it was hosted by ITV’s Simon McIntyre - included Irish FA President David Martin, Ulster GAA President Michael Hasson and Ulster Rugby President Stephen Elliott. All three addressed the gathering and spoke about the importance of volunteering to the running of the three sports, especially at grassroots level.

Representatives from three clubs supported by SUC were interviewed, too. Bill Anderson, chairman of Irish League Premiership team Institute, City of Derry Rugby Club youth coach Daniel Gavigan and Suzanne Conlon, a coach with Tullylish GAC near Banbridge, all explained that SUC was helping them to roll out various programmes.

The certificates were presented by Denise Hayward, CEO of Volunteer Now, and Mark Feeney from SEUPB.

Since it was launched at the start of this year the Sport Uniting Communities project has engaged with thousands of people across Ulster through Game Of Three Halves events, a Good Relations Conference, a Syrian refugee project and local schools visiting the Education and Heritage Centre at the National Football Stadium at Windsor Park.

See gallery for a selection of pictures from the awards event at Titanic Belfast. 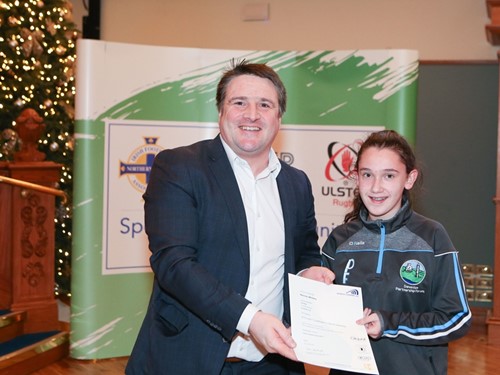 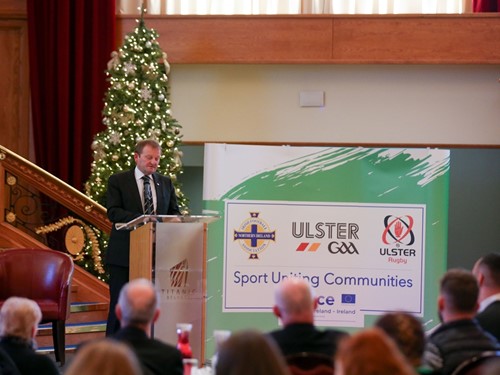 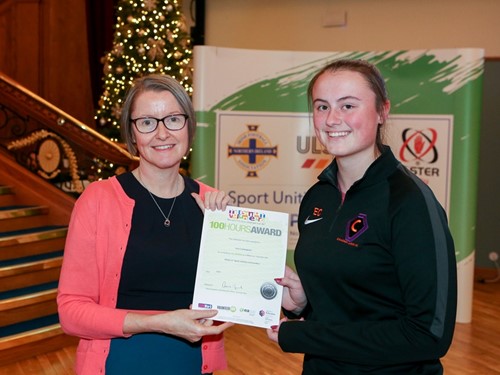 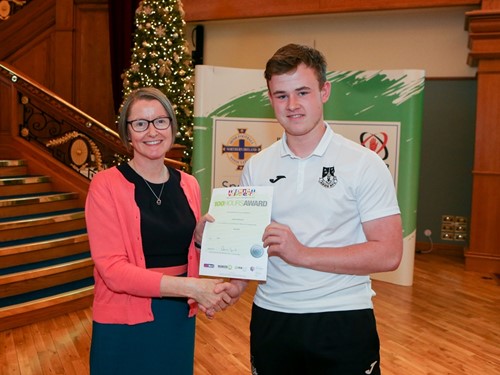 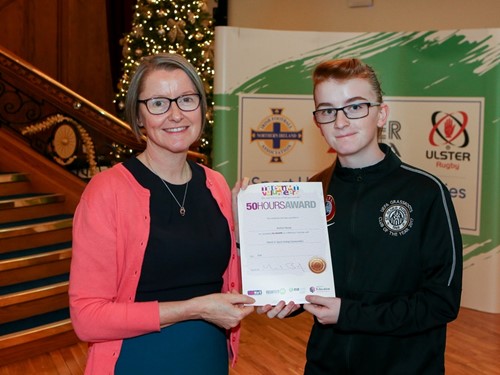 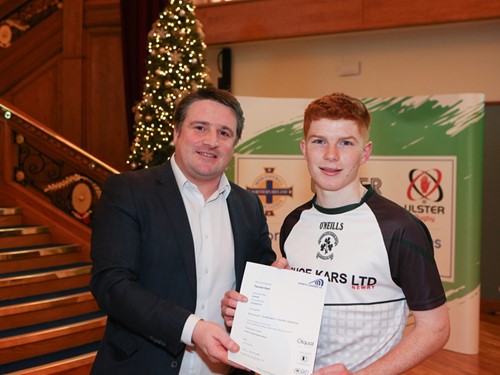 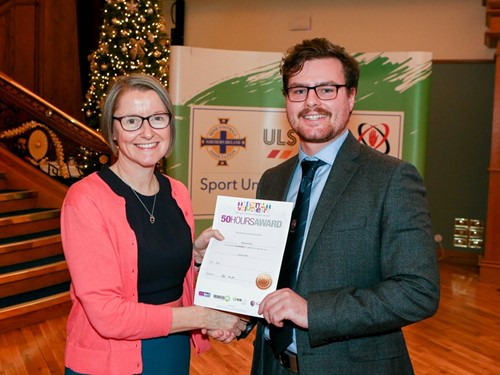 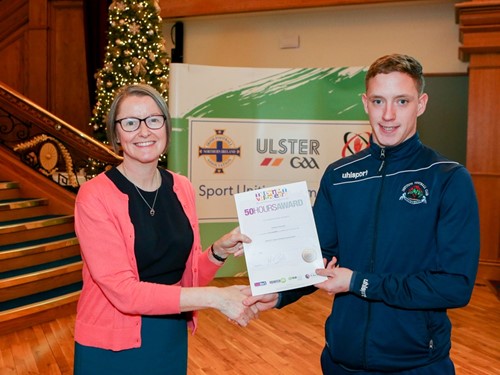 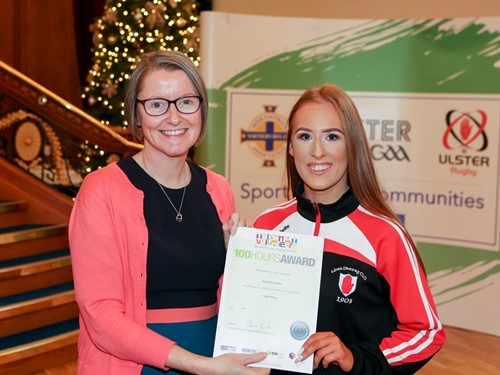 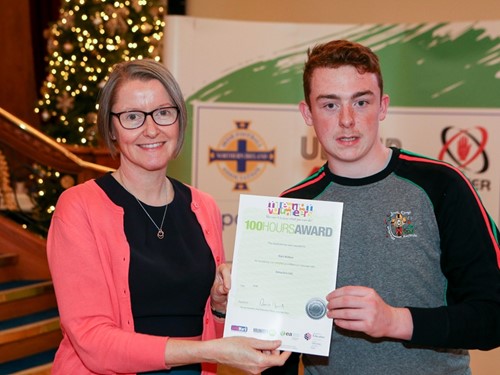 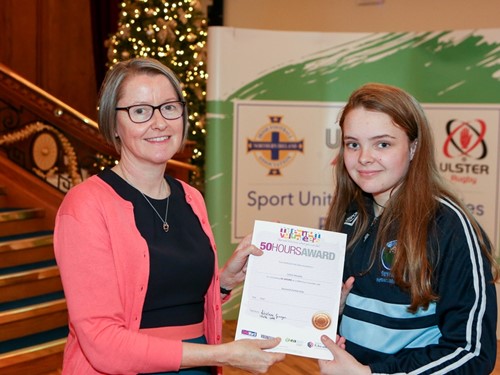