NI Under 16 schoolboys settle for draw away to Poland 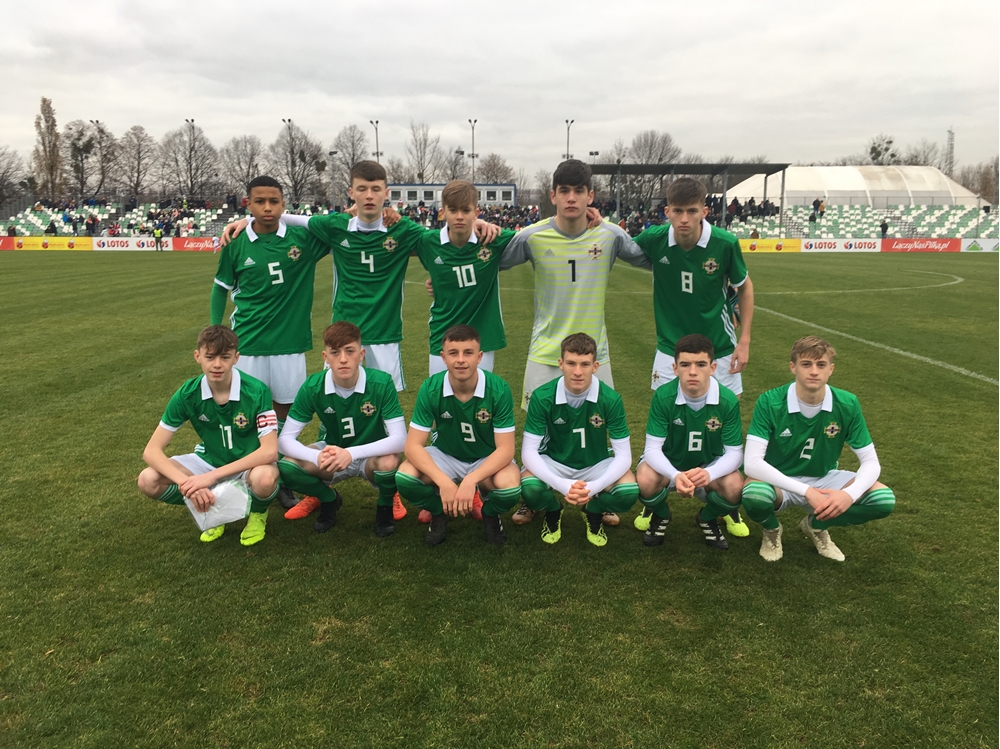 Buoyed by their recent success in capturing the Victory Shield Northern Ireland's Under 16 Schoolboys team began their short tour to Poland in confident mood, despite facing an experienced Polish team which had lost only once in ten outings this year.

The visitors started brightly and could have taken the lead after five minutes. Sean McAllister was brought down just outside the penalty area and took the resulting free-kick himself, forcing an outstanding save from Krzysztof Barkowski.

Five minutes later Poland replied with a speculative shot from Aleksander Buksa which dipped just over the bar.

A corner by Conor Bradley caused problems in the home defence and Charlie Allen's close range effort was cleared off the line.  Allen then outpaced his marker down the right and a low cross was turned onto the post by Dale Taylor.

After the break another foray down the right saw Allen fire a low ball across the goal but Taylor was just unable to apply the finishing touch.

Buksa was a constant threat for Poland and the tall striker almost broke the deadlock midway through the second half but his shot from 25 yards crashed against the bar with Conner Byrne well beaten.

In the closing stages, spurred on by a vociferous support, Poland piled on the pressure but the Northern Ireland defence, in which centre back Shea Charles was a calming influence, held firm for a well-deserved draw.

The teams meet again on Thursday (November 29) at Swarzędz.