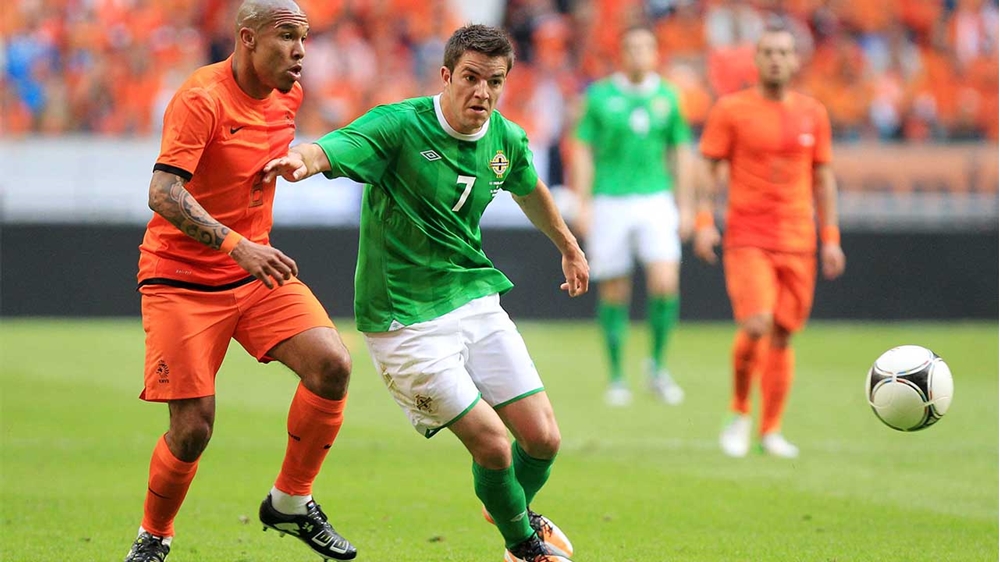 After a series of injury setbacks, Fermanagh man Little, who was capped nine times for his country, has decided to call it a day at the age of 29.

The versatile player featured in the international squad between 2009 and 2012.

At club level he enjoyed two spells at Glasgow Rangers, helping the club win the Scottish Third Division and League One titles. In the 2012-13 season, he was the their top scorer during his second stint at the club.

His professional career spanned 12 years and he had recently been on the books of Scottish Championship side Dumbarton.

Announcing the news on Twitter on Tuesday night, Little wrote: "After a lot of thought I have decided to retire from football.

"I've had an extremely frustrating four and a half years since I left Rangers - I've had injury after injury, countless scans and gone to considerable effort and expense trying to give myself the best chance of succeeding again.

"Among my highlights were playing for Rangers, a club I still feel so much a part of, scoring in an Old Firm match and finishing as top goal-scorer for the club in the Third Division.

"Making my debut for Northern Ireland at Windsor Park, replacing David Healy, with my parents in the stands and my brother presenting in the studio was also an incredible moment for me.

"After 12 years of playing professionally I hope I've made the right choice. It feels like a massive relief just now and I'm ready to focus on new things."