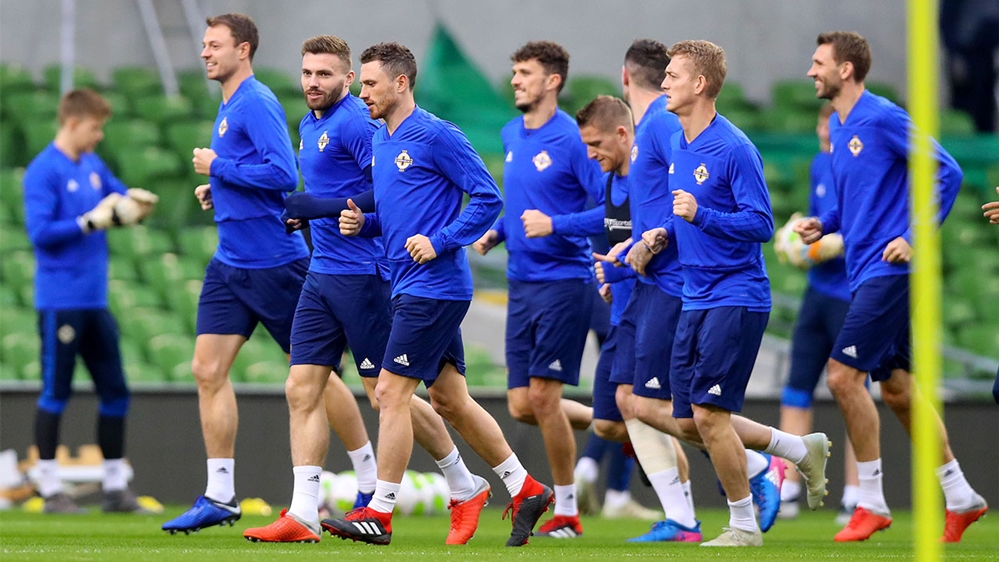 There will be an edge to this evening’s international friendly involving Northern Ireland and Republic of Ireland in Dublin.

Several of the players in both camps know each other well but friendships will be set aside for 90 minutes at the Aviva Stadium (7.45 start).

Northern Ireland captain Steven Davis has admitted games against all the Home Nations teams, including the Republic, always have an edge to them, and he believes tonight’s encounter will be no different.

It’s because most of the players operate cheek by jowl at their clubs week in, week out, whether it be in England or Scotland.

Shane Ferguson says bragging rights are at stake - two of his Millwall team-mates are in the Republic’s squad - and that sentiment was echoed by Jonny Evans, who said professional pride will also kick in.

Northern Ireland boss Michael O’Neill, who revealed his players are in good shape and have been training well, believes there will be an edge to the game, too, but he is also confident it will be played in the right spirit and it will be “a great occasion”.

While both teams no longer have a plethora of top flight players to choose from, as in the 1980s and 1990s, there are still quality operators in their ranks – and a hunger and desire to perform at their optimum for their respective countries.

Both teams currently lack firepower. Northern Ireland have created tons of chances in their recent games, however the conversion rate has been poor. The Republic have also been off the boil in the scoring stakes, and chances have been harder to find for them.

Kyle Lafferty is arguably the only proven international goalscorer in the Northern Ireland squad, but it’s been a while since he has netted regularly for his country. Liam Boyce has looked sharp in recent games, and in training this week, and his regular game time at his club will probably see him start up top against Martin O’Neill’s team.

Michael O’Neill says he has been happy with recent performances - his team hit the woodwork three times away to Bosnia & Herzegovina last month - and is hoping any opportunities created tonight will nestle in the net rather than rebound off the frame of the goal.

Oliver Norwood, a mainstay of O’Neill’s team over the past few years, is missing this evening due to suspension, however the manager is confident others can step into the breach and dictate the game the way the Sheffield United midfielder does.

The Republic have some decent Premier League players in their ranks, especially Everton full-back Seamus Coleman and Brighton centre-back Shane Duffy, while the likes of captain Glenn Whelan (Aston Villa), potentially making his final appearance for his country when earning his 85thcap, and Burnley’s Jeff Hendrick will be combative in the middle of the park.

But their front line appears to be their weakest link – none of them have been tried and tested at senior international level – and Northern Ireland could exploit that by launching attacks from deep.

The last time the two countries played a competitive match – in the Carling Nations Cup in 2011 - the Republic strolled to a 5-0 win. The Northern Ireland players, who have come a long way since then, will no doubt want to right that wrong. After all, bragging rights are at stake.