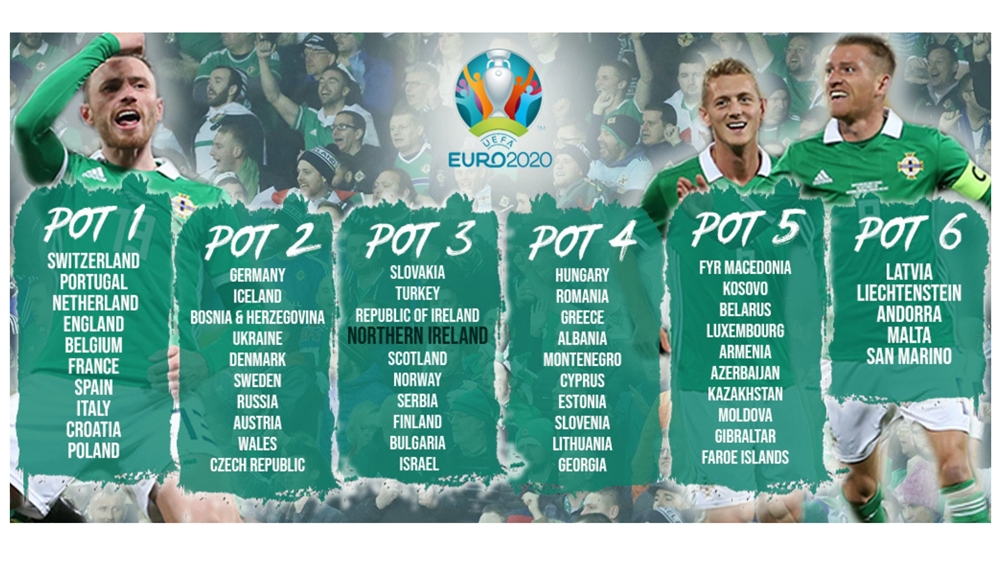 The pots for next month’s UEFA EURO 2020 qualifying draw have been confirmed.

Northern Ireland are among 10 teams in pot three.

The draw is set to take place in Dublin on Sunday 2 December.

Germany, who were relegated from Group A League 1 in the Nations League, are clubbed with Iceland, Bosnia and Herzegovina, Ukraine, Denmark, Sweden, Russia, Austria, Wales, Czech Republic in pot two.

Pot six is made up of five teams:Latvia, Liechtenstein, Andorra, Malta, San Marino.

The top two teams from each of the 10 groups qualify for Euro 2020 with the four remaining positions decided from the 16 teams (Switzerland, Portugal, Netherlands, England, Bosnia and Herzegovina, Ukraine, Denmark, Sweden, Scotland, Norway, Serbia, Finland, Georgia, FYR Macedonia, Kosovo and Belarus) in the Nations League play-offs in March 2020 or the next best-ranked team in their league.

In full: how does the draw work?