Northern Ireland and Poland play out scoreless draw in Portadown 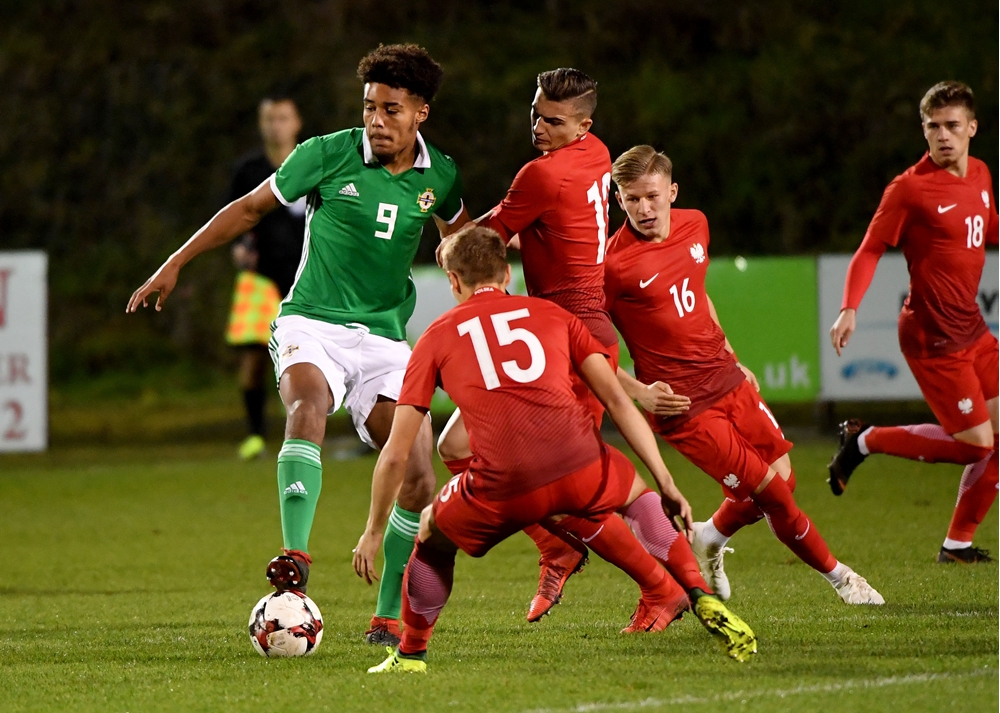 Northern Ireland’s Under-19s began their U19 2019 Euros qualification campaign with a draw against Poland.

Both Stephen Frail’s side and their Polish opponents created chances in the tie but the game at Shamrock Park last night ended scoreless.

Prior to the game in Portadown, the U19s’ other opponents in the group, Serbia and Kazakhstan, drew 2-2 at Stangmore Park in Dungannon.

The first chance of the match at Shamrock Park fell to Northern Ireland forward Lewis McCann but he steered his effort wide and moments later fellow striker Tyrone Lewthwaite missed the target.

Then Poland had a couple of chances in quick succession, however neither Michalski nor Sobol could make them count.

On the stroke of half-time Balmer pushed forward again and screwed an effort wide.

Poland enjoyed a spell of pressure just after the break but could not carve out any clear-cut chances.

In the 55th minute McCann was played through but could not find the target and then Polish attacker Michalski dragged a shot wide.

Both McCann and Lewthwaite squandered chances as Northern Ireland pushed forward before Poland’s Bogusz had a snapshot blocked on 75 minutes. Moments later Northern Ireland keeper Declan Dunne had to be alert to keep out a Skoras shot.

Poland carved out a couple of half-chances before Dunne produced another great stop, this time from Bogusz, and that was the last meaningful action of the match.

Matchday two will see Northern Ireland come up against Serbia at The Oval in Belfast on Saturday (17 November, 1900). On the same day Poland and Kazakhstan will lock horns at Stangmore Park (1400).

And Northern Ireland’s final group game is against Kazakhstan at Shamrock Park next Tuesday (20 November) with a 1pm start. The Poles and Serbs will meet at the same time at The Showgrounds in Coleraine. 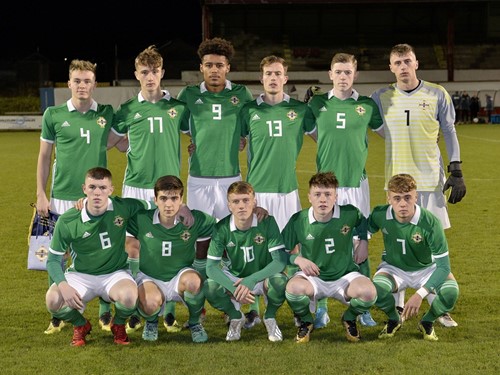 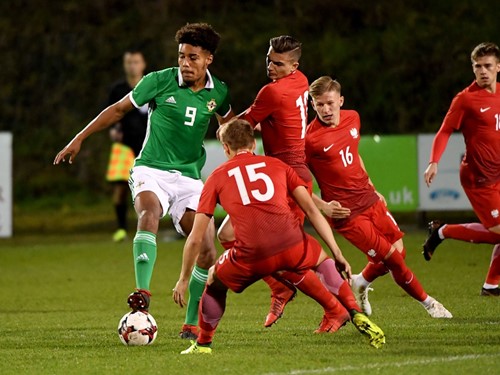 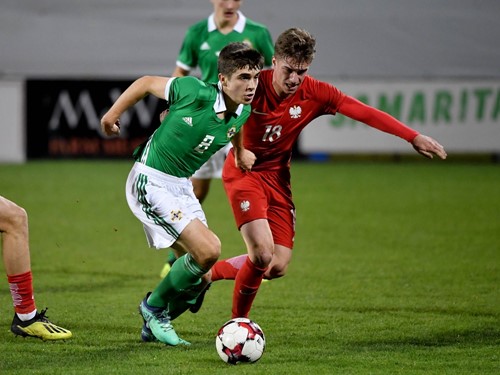 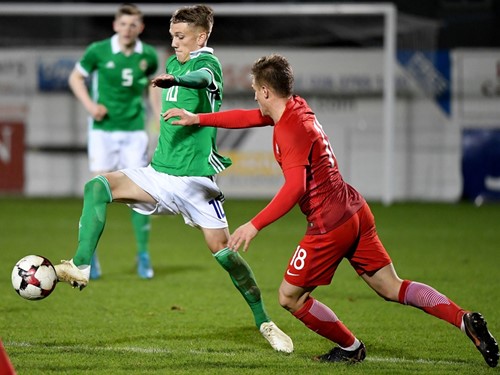 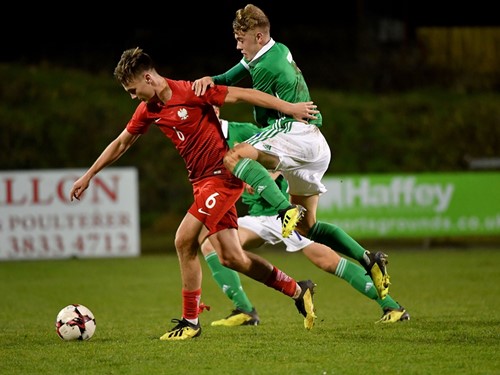 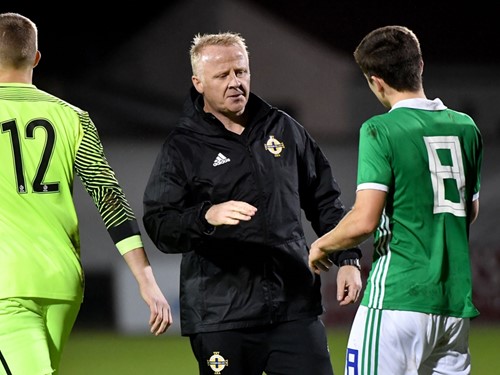