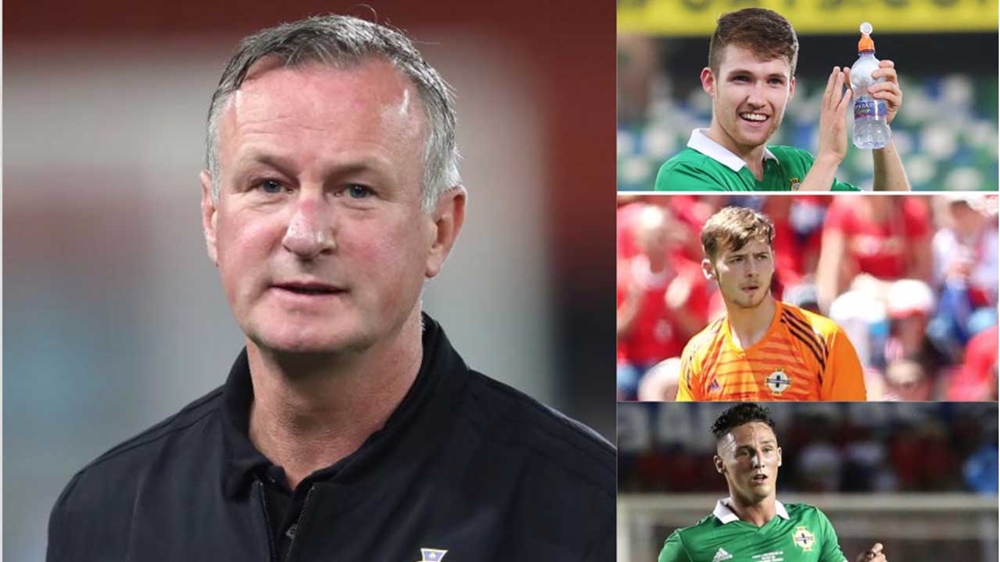 Michael O’Neill has included three players from the Under-21s in the senior men’s squad for the forthcoming games against the Republic of Ireland and Austria.

Last month the U21s finished second to Spain in Qualifying Group 2 for the 2019 U21 Euros, notching up an impressive 20 points along the way and only narrowly missing out on a play-off place for the U21 Euros in Italy next summer.

The Northern Ireland senior men’s boss has now promoted three of the players who were heavily involved in that impressive campaign to the senior panel.

U21s captain Liam Donnelly (Motherwell) was also due to join the senior panel, however he is currently undergoing treatment on an injury and is therefore not available.

Returning to the fold for the friendly against the Republic in Dublin next Thursday (15 November) and the UEFA Nations League game against Austria at the National Football Stadium at Windsor Park on Sunday 18 November is Aberdeen winger Niall McGinn, who missed the previous two games through injury.

And also back is Rangers striker Kyle Lafferty, who has apologised for “an error of judgement” in the way he opted out of last month’s Nations League matches away to Austria and Bosnia & Herzegovina.

Charlton Athletic forward Jamie Ward is in the panel as well alongside veteran Rangers defender Gareth McAuley. Both sat out the last two games to work on their fitness with their new clubs.

Rotherham United forward Kyle Vassell, who was a late call-up to last month’s squad, has retained his place in the panel.

The remainder of the group is along similar lines to the panel announced for the games last month, although Sheffield United midfielder Oliver Norwood is not included due to suspension.