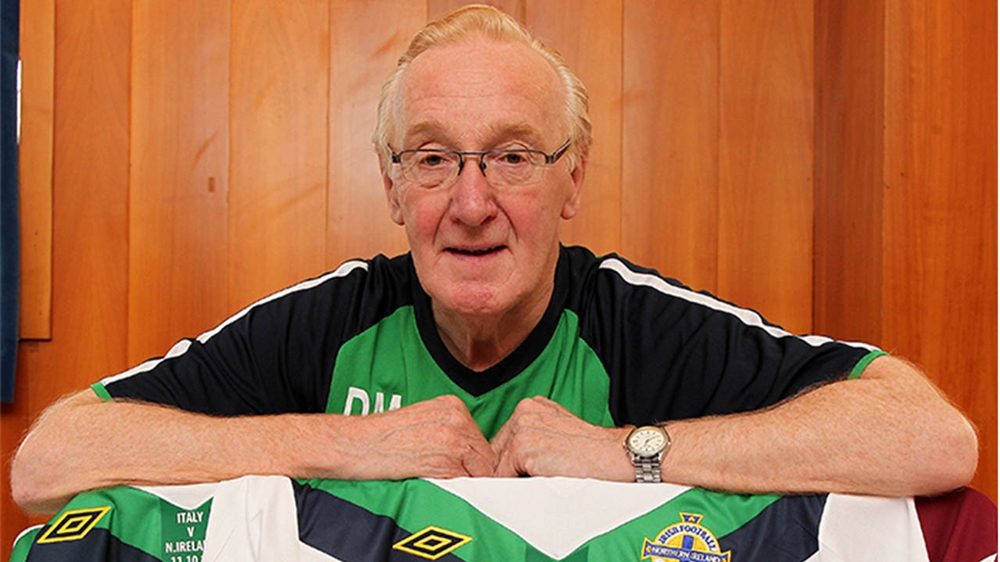 It was with sadness that the Irish Football Association learned of the passing of former Northern Ireland kitman Derek McKinley.

A goalkeeper in his youth, he became kitman at Portadown and was brought into the international set-up following the death of Bobby McGregor in 1981.

His first match as a kit attendant was the World Cup qualifier against Israel in November 1981 that saw Northern Ireland qualify for the World Cup in Spain in the summer of 1982.

Derek acted as Northern Ireland’s main kitman for 30 years, hanging up his last batch of international shirts in October 2011 in a European qualifier in Italy.

He operated for the Irish Football Association at two World Cups and he was the go-to person for generations of Northern Ireland players. Derek counted many of them, such as Martin O’Neill, Pat Jennings, Gerry Armstrong, Norman Whiteside and David Healy, as his friends.

In November 2011 a plethora of Northern Ireland greats turned out at a tribute dinner in the Culloden Hotel, Cultra, to mark his retirement and three decades of service. Thirty former and current internationals were there, including eight players who helped Northern Ireland to the famous 1982 World Cup victory over Spain and more than half of the squad who travelled to Mexico for the 1986 World Cup.

In total Derek clocked up 230 senior international ‘appearances’ along with numerous stints with youth and B squads. He subsequently became an ambassador for the IFA’s Football For All campaign.

He was also kit manager for Portadown, Lisburn Distillery, Glentoran and Knockbreda in the domestic game.

A football enthusiast and perfectionist, he took great pride in ensuring that all his teams were immaculately turned out and all the required equipment was available and prepared.

He will be sorely missed by all his friends in the Irish Football Association.