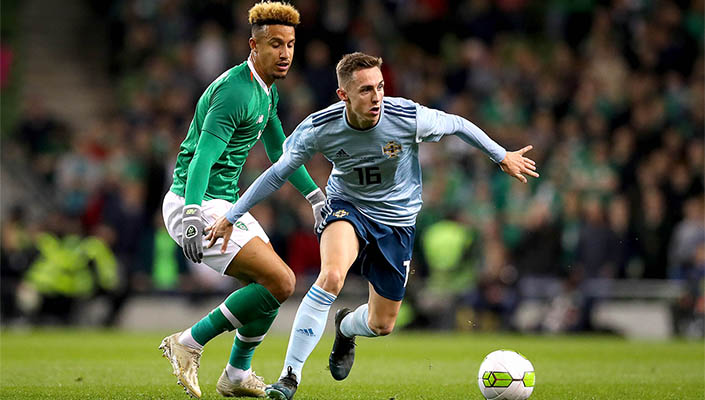 Watch as Gavin Whyte and Craig Cathcart give their reaction to last night's 0-0 draw in Dublin.

Whyte, who plies his trade at League One club Oxford United, speaks of his pride at making his first international start for Northern Ireland but admitted he should have 'buried' his first-half chance when, through on goal, he was denied by Republic of Ireland stopper Darren Randolph.

It was a tale of missed chances for Northern Ireland in the match with Whyte's effort followed by another Randolph save; this time in the second half from sub Jordan Jones.

Watford defender Cathcart added: "I don't think we could have done any more to win the game. We put in a great performance and had some great chances to win the game. It wasn't to be on the night but we can come away with our heads held high and I think everyone could see we were the better team on the night."