Michael O'Neill and players expect a ‘tough game’ against Austria 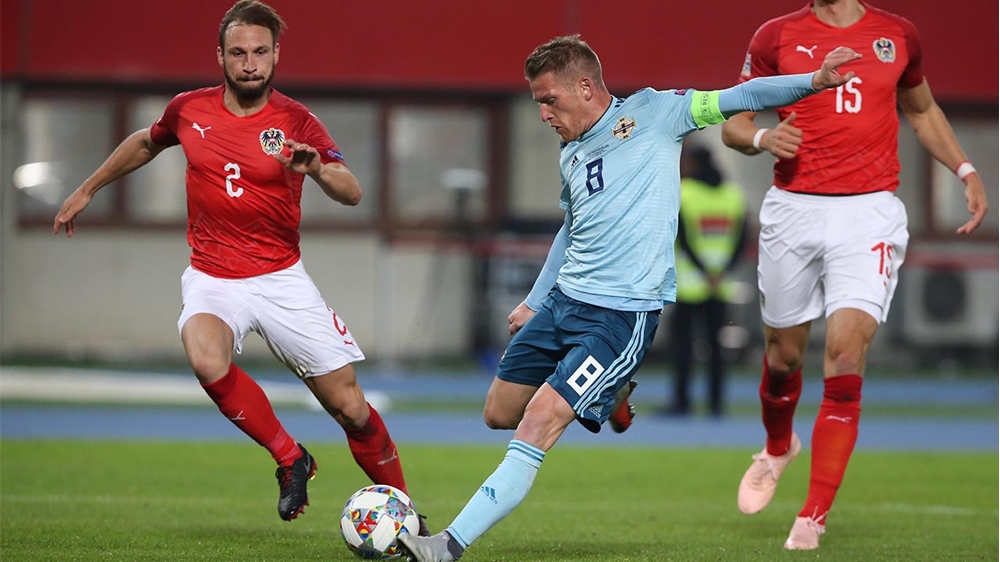 Northern Ireland may have been relegated within the inaugural UEFA Nations League already but Michael O’Neill has promised they will be aiming to end their league campaign on a high.

In their previous three outings in League B Group 3 the team have produced fine performances and created numerous chances. Goals, however, have been harder to come by.

The Northern Ireland manager was pleased with his side’s showing in the 0-0 draw against the Republic of Ireland on Thursday. Northern Ireland controlled that game for long spells and again created several chances.

O’Neill insists he is not too concerned at the lack of firepower and believes the goals will come. He says he would be worried if his team were not creating opportunities, but they have been doing that.

Both the manager and players are expecting “a tough game” against the Austrians this evening.

In the away fixture in Vienna last month Northern Ireland created and missed opportunities – and a strike from talismanic Austrian striker Marko Arnautovic proved to be the difference on the night. Austria were resolute and showed greater physicality than Northern Ireland.

O’Neill will be encouraging his side to get stuck in more, especially in the middle of the park, but maintain their attacking verve.

Northern Ireland’s defence will have to be at their best to keep West Ham forward Arnautovic quiet in Belfast.

Another Austrian player who will have to be watched is Bayern Munich’s David Alaba, who is a class act. He missed the game in Vienna through injury.

Also expected to be back for Austria is Bayer Leverkusen’s Julian Baumgartlinger - he also missed the game in Vienna through injury – and he is a quality midfielder.

Michael O’Neill has given youth a chance in the Nations League campaign to date and his starting line-up today is expected to be a blend of youth and experience once again.

He has promised his team will be pushing for a win, and that should make for an exciting game against a strong Austrian side.