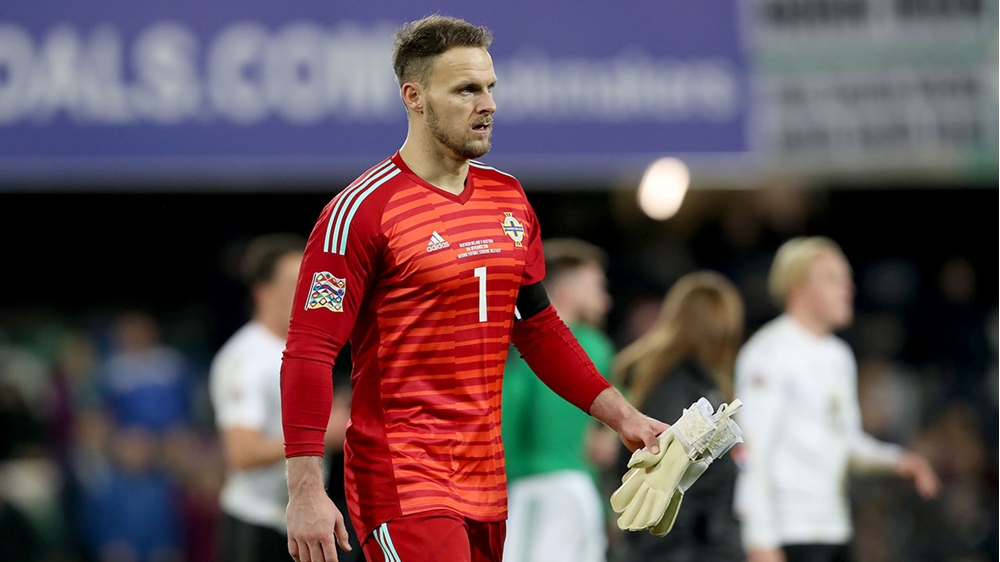 His club, Motherwell, have revealed the 30-year-old has been ruled out of action for “an indefinite period” after developing deep vein thrombosis. DVT is a blood clot that develops within a deep vein in the body, usually in the leg, groin or arm.

The Scottish Premiership side said the Northern Ireland international, who won the latest of his five caps for his country in last Sunday’s Nations League game against Austria, took ill on Wednesday and received specialist care from the staff at University Hospital Wishaw.

The Fir Park club further revealed the 30-year-old is now on the mend but will require ongoing treatment that will rule him out for an unspecified amount of time.

The ex-Sunderland, Bury, Cheltenham Town and Hartlepool United keeper has played over 60 league and cup games for Motherwell since joining the Scottish Premiership club in June 2017.

Motherwell manager Stephen Robinson told the club’s website: “We would like to thank all the staff at University Hospital Wishaw for their diligence and care, given it is the sort of medical emergency that can be and often is life threatening if not treated promptly and correctly.

“It’s not your usual injury in that at this stage his return time is not yet fully known and will obviously depend on a number of factors.”

The former first team coach of the Northern Ireland team added: “As a club we wish Trevor a very speedy recovery and will give him all the support he needs to get back fit and healthy as soon as possible.”