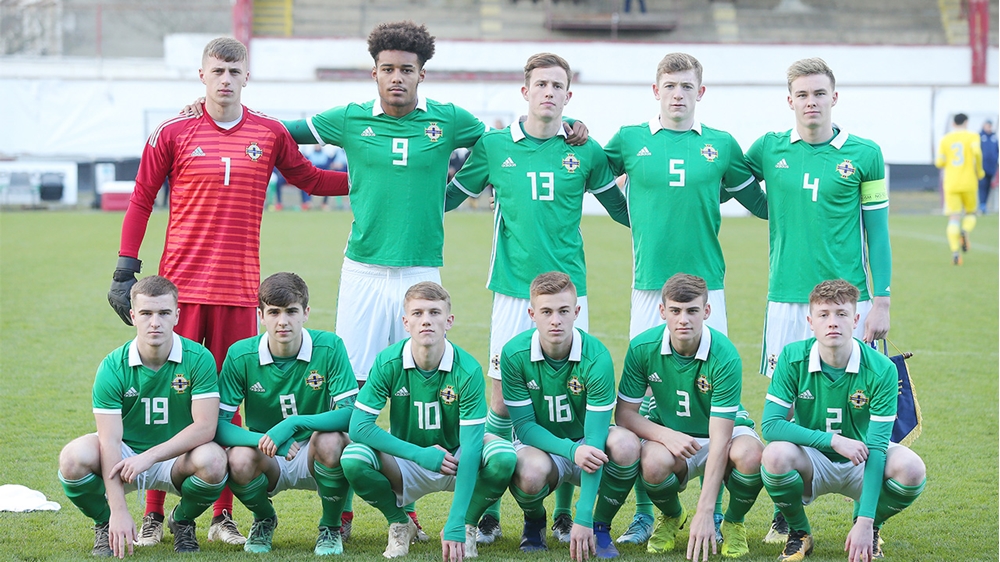 Northern Ireland’s Under-19s ended their U19 2019 Euros qualification campaign with a hard-fought win in Portadown this afternoon.

However, the 3-2 victory over Kazakhstan in a feisty match at Shamrock Park was not good enough to earn them a place in the next stage of the competition.

Instead Poland will join group winners Serbia in the elite round next March, despite losing 4-1 to the Serbs in Coleraine this afternoon. The Poles made it through on goal difference ahead of Northern Ireland.

Stephen Frail’s side knew they had to score a handful of goals to have any chance of progression from the six-game mini tournament which has been staged in Northern Ireland over the past 10 days.

However, despite a positive second half performance and a grandstand finish, they never really looked like scoring the goals they required, even if Serbia did them a huge favour by hammering the Poles.

And they suffered an early setback when Kazakhstan took the lead after two minutes. Kazakh attacker Lev Skvortsov muscled Northern Ireland captain Kofi Balmer off the ball at the edge of the box and ran through to slot the ball into the corner of the net.

Then a clear headbutt by a Kazakh player on Northern Ireland midfielder Cameron Palmer off the ball was not spotted by either the referee or an assistant.

On 32 minutes Harry Robinson fed the ball into Aaron Heap and he jinked his way to the touchline before squaring it to Palmer in space eight yards out, but the ball got stuck under his feet and was eventually cleared.

A minute later, following an Ethan Galbraith corner, the Kazakh keeper saved a close range Robinson snapshot on the line.

In the 42nd minute another Galbraith corner found its way to Balmer out wide and his drilled shot was smothered by Kazakh keeper Danil Ustimenko and then Northern Ireland striker Tyrone Lewthwaite’s header drifted wide of the upright.

U19s boss Stephen Frail brought on three substitutes after the break - Alfie McCalmont, Caoimhin McConnell and Jordan Jenkins - and their introduction had an immediate effect.

Less than a minute after the restart Jenkins burst into the box. He had an effort blocked by a defender and then the keeper pushed away his follow-up shot. The ball, however, fell to Robinson and he tapped it in from close range.

In the 52nd minute Kazakhstan had the ball in the net again but it was ruled offside.

However, they did score a second seven minutes later from a swift counter attack, Zhaslan Kairkenov playing in substitute Arman Kenessov who stroked the ball past Dunne from 10 yards to make it 2-1.

Minutes later Kazakh keeper Ustimenko arguably should have been sent off when he punched Jenkins after he challenged for a high ball, however the ref showed him a yellow card rather than a red.

Northern Ireland continued to press and on 65 minutes McCalmont fired a shot over the top and then Sean Graham’s low drive was easily collected by the keeper.

On 77 minutes Jenkins retrieved a loose pass out wide and drilled in a low cross which McConnell slammed into the net to make it 2-2.

In the 86th minute another Northern Ireland sub, Liam Smyth, produced a superb strike from 18 yards which smashed off the post. The rebound fell to Jenkins but his shot went well wide of the target

Sixty second later McCalmont deservedly put Northern Ireland ahead. Smyth fired a cross into the area which bounced off Jenkins into the path of McCalmont and he hammered the ball home from seven yards to make it 3-2.

On the stroke of full-time McCalmont had another effort which went just wide, but by that stage it would still not have been enough for Frail’s side.

Northern Ireland’s record in the mini qualifying tournament was one win (against Kazakhstan, 3-2), one draw (0-0 v Poland) and one defeat (3-1 to Serbia), while Poland progressed thanks to a 4-0 win over the Kazakhs which gave them a plus-one goal difference compared to Northern Ireland’s minus-one GD. The Serbs finished on seven points following two wins and a draw (2-2 v Kazakhstan). 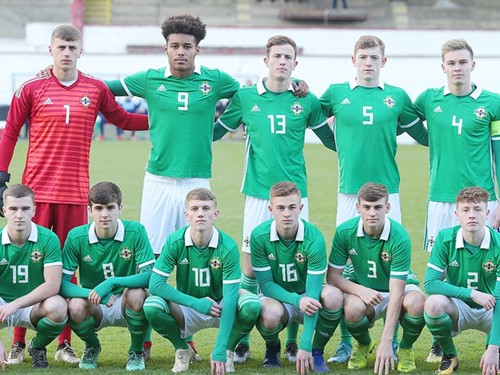 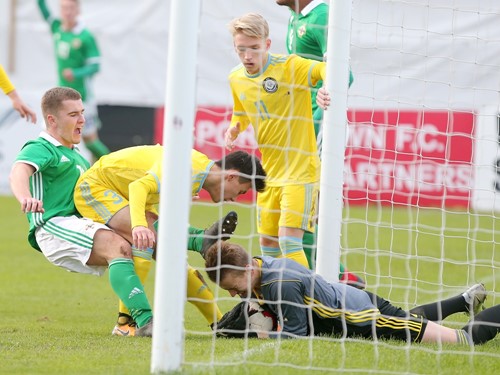 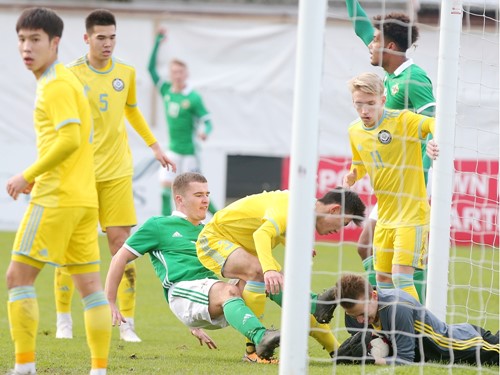 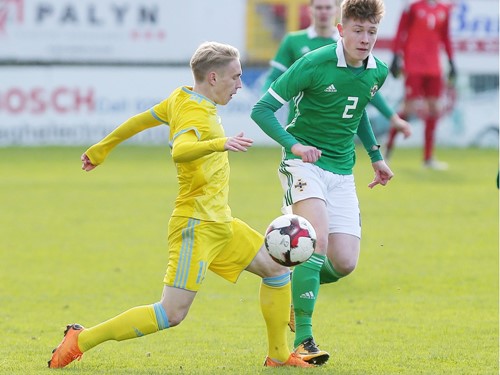 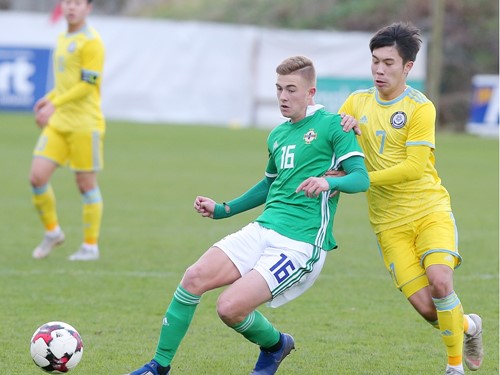 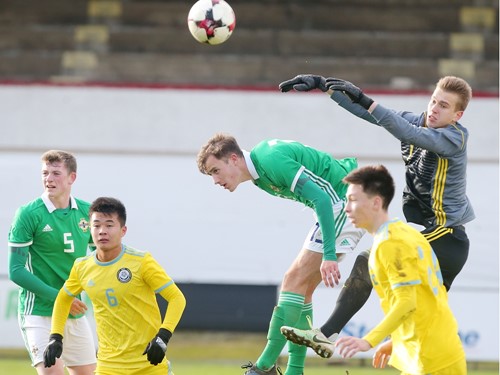 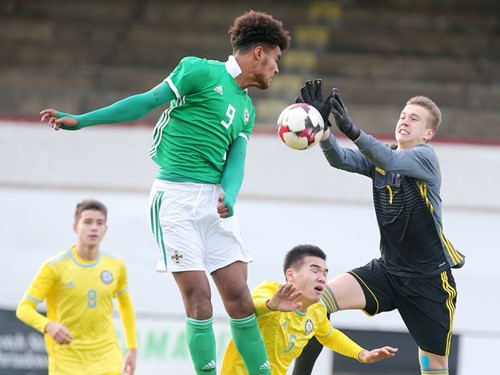