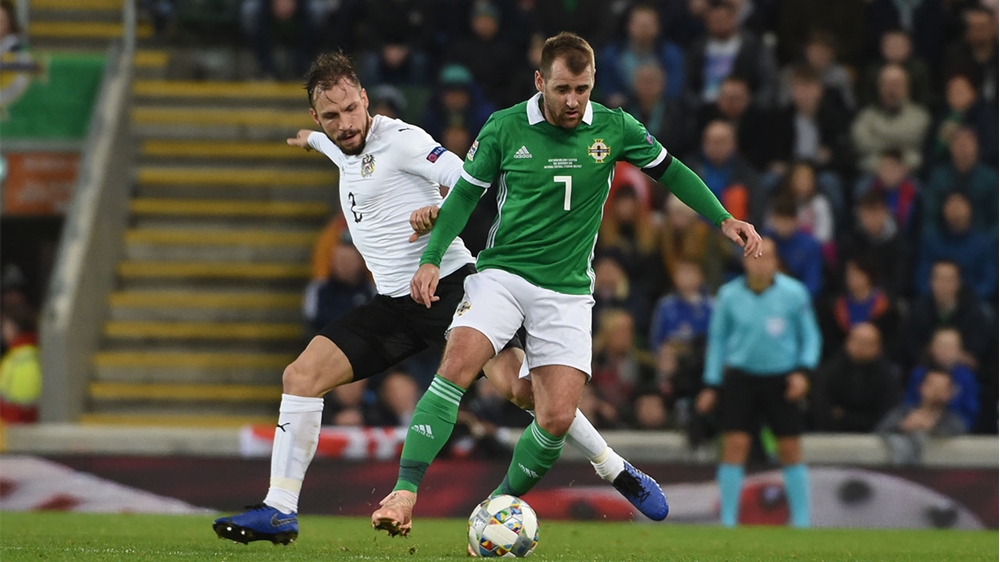 Niall McGinn insists that despite Northern Ireland’s encouraging performances during in the Nations League, it’s been a disappointing campaign overall.

Speaking after last night’s last-gasp 2-1 home defeat to Austria, the Aberdeen midfielder said: “All in all it’s been disappointing. You want to get the right results. I think, performance wise, we haven’t merited the right results.

“I think we’ve just been very unfortunate at times. We’ve hit the post on numerous occasions and we’ve played really well. But I think there have been performances in this Nations League when we have played really well compared to when we did qualify for the Euros when we maybe didn’t play as well but everyone knew their jobs and kept clean sheets and merited the right results.

“Performances have been great, but it’s a results-based business at the end of the day.”