A fan's view: Our Nations League campaign has been one of exploration and integration 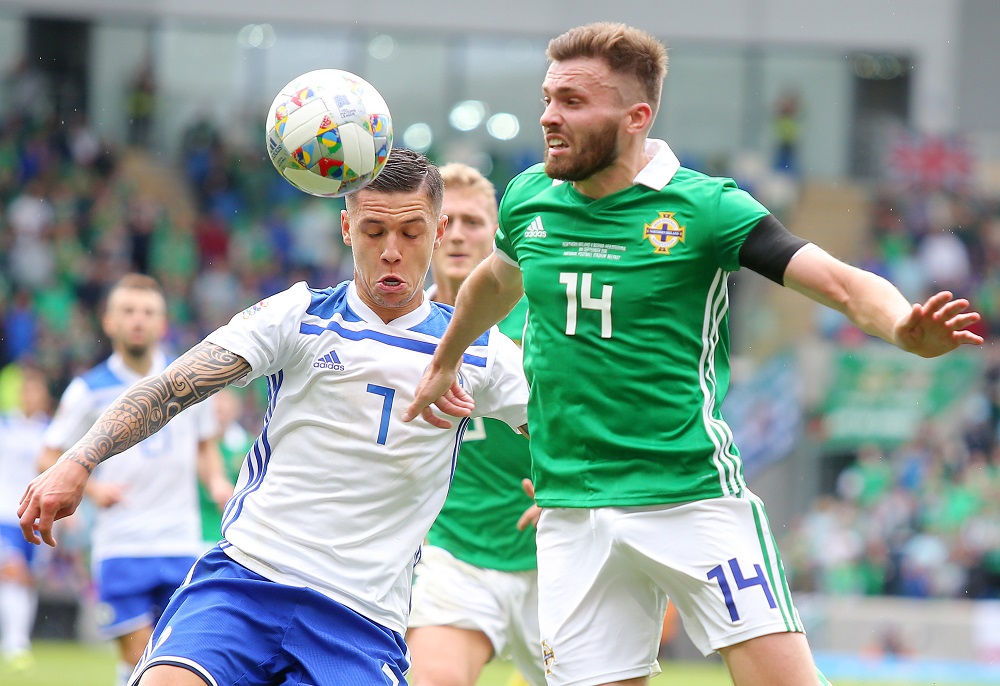 My first Northern Ireland game was a 1-0 friendly defeat versus Canada in 2005, writes Evan Taylor. Despite the disappointing result, this game triggered a passion for Northern Ireland that runs to this day.

Since that underwhelming result, Northern Ireland have experienced a series of highs and lows. The David Healy hat-trick against Spain and the famous victory over England spring to mind, however, these glories were set against the backdrop of a tumultuous time for the national team, with Michael O’Neill putting an end to the seven years without a win in international friendlies in 2015.

Regardless of three consecutive defeats in the UEFA Nations League, fans of the team, who are still riding high on the Euro 2016 wave, have never been more optimistic about Northern Ireland.

A look at the group table may give the impression Northern Ireland’s brief soujourn on the fringes of the European elite is over, however, this could not be further from the truth. Despite being winless in three games, Michael O’Neill’s new look side have impressed fans and given them a taste of the future.

Vast, expansive football, employing an exciting 4-3-3 system and an energetic group of talented youngsters have all set the Green and White Army's hopes for the 2020 European Championship Qualifiers alight.

Players such as Paul Smyth and Gavin Whyte, who have recently made the move across the water to the English Football League, have captured the hearts of the fans with their impassioned celebrations following their debut goals. Michael O’Neill has shown excellent managerial nous with his integration of these young talents into the first team.

Northern Ireland’s Nations League campaign has not been one of failure, it has been a campaign of exploration, experimentation and integration. While the team chemistry and persistence has not been enough to combat the star-power of Austria and Bosnia, who boast players such as Marko Arnautović, Edin Džeko and Miralem Pjanić in their ranks, it is merely missed opportunities and costly defensive mishaps that has Northern Ireland sitting bottom.