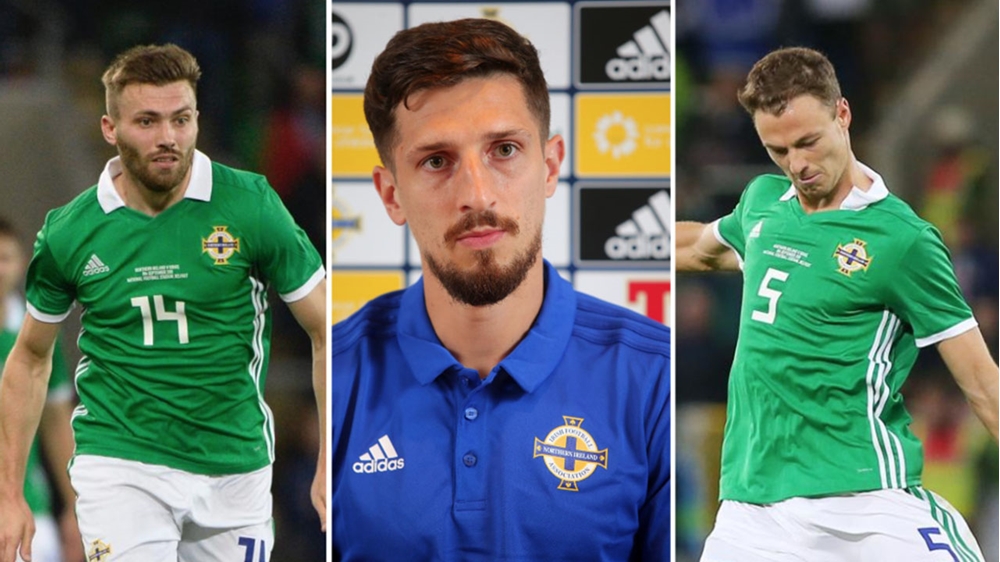 Defender Jonny Evans received some welcome game time when he came on as a first-half substitute in Leicester City’s 1-0 Premier League victory over Cardiff City at the weekend.

One week on from the tragic helicopter crash which claimed the lives of five people, including Foxes’ owner Vichai Srivaddhanaprabha, Evans replaced Harry Maguire after just 27 minutes at an emotionally charged Cardiff City stadium to make his seventh appearance of the season.

Elsewhere in the top flight, Craig Cathcart played the entire 90 minutes as Watford lost 1-0 at troubled Newcastle United, though international skipper Steven Davis was again absent from the Southampton squad as Mark Hughes’ charges were thrashed 6-1 by champions Manchester City.

In the Championship, Bailey Peacock-Farrell and Stuart Dallas helped Leeds United reclaim top spot with a comfortable 2-1 success at Wigan Athletic yesterday afternoon, though George Saville and Paddy McNair were both unused substitutes for Middlesbrough’s scoreless draw at Stoke City.

Meanwhile, in League One there was good news for Michael O’Neill as Jamie Ward played a full part in Charlton Athletic’s 2-0 defeat of Grant McCann’s Doncaster Rovers at The Valley. It was the first time the 32-year-old had completed a full 90 minutes at club level since playing for Nottingham Forest against Bristol City in January 2017.

Also in League One, Burton Albion recorded a 3-1 success at Walsall but the margin of victory could have been greater if striker Liam Boyce had not missed from the penalty spot for the second game in succession.

Speaking after the game, Cowley said: “I’m really proud of Shay. Naturally he was disappointed not to start because he’s had a really good run in the side and done well up until Colchester.

“For him to get in that situation as a striker, who love scoring goals, and to square it for another player was selfless. It’s a great quality.”

There was also an assist for Aberdeen’s Niall McGinn though he was frustrated at being substituted five minutes from the end of the Dons' 2-1 win at Kilmarnock.

“I spoke with Niall (about his reaction when he came off),” said Aberdeen boss Derek McInnes, “He is disappointed with himself more than anything.

“He was disappointed with his performance and maybe not getting into the game the way he wanted. I don’t expect players to be jumping through hoops when they get substituted.”

Eighteen-year-old Andrew Scott was on the bench for the first time in a league game for Accrington Stanley who drew 1-1 at Coventry City.

Scott, who is from Castlederg, joined Stanley on a three-year deal in the summer from Maiden City Academy.

Northern Ireland under-21 international Pierce Bird made his debut for Grantham Town in the 2-0 home defeat to Warrington on Saturday after joining them on a month’s loan from Notts County last week.

His international team-mate at under-21 level, David Parkhouse, made his second appearance for National League North side Boston United following his month long loan deal from Championship outfit Sheffield United.