Northern Ireland play out scoreless draw with Republic of Ireland 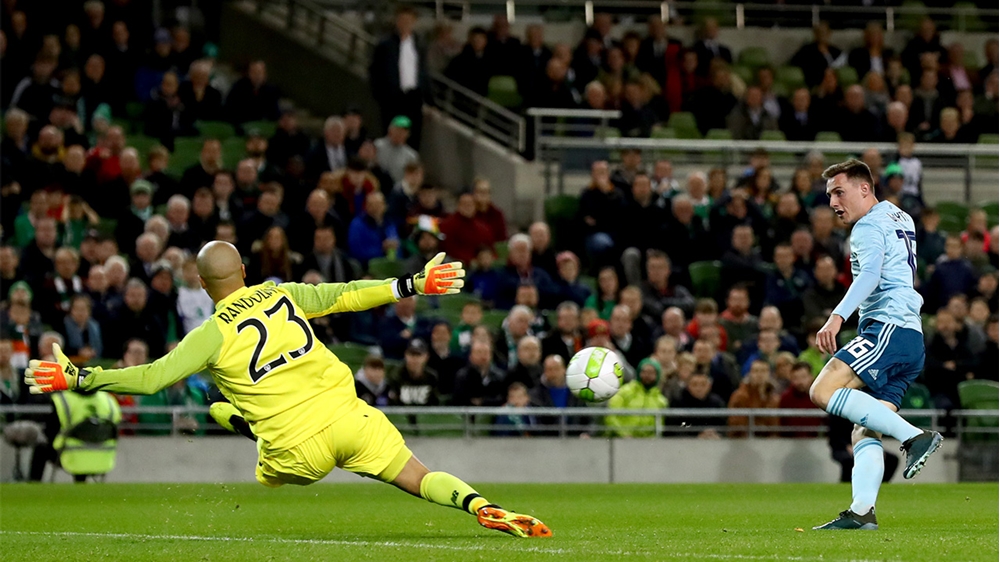 Northern Ireland and the Republic of Ireland played out a 0-0 draw in tonight’s friendly at the Aviva Stadium in Dublin.

Michael O’Neill’s men failed to convert two gilt-edged chances in either half; on both occasions denied by Republic ‘keeper Darren Randolph.

The visitors carried the greater attacking threat for the majority of the match but it was again a tale of missed chances as they failed to capitalise in front of goal when the big moments arrived.

The first clear-cut opportunity of the match came on 14 minutes when Stuart Dallas raided down the left channel to set the onrushing Gavin Whyte through on goal. But, in what was his first start for Northern Ireland, the Oxford United man saw his shot saved by the foot of Randolph.

At the other end Republic defender Shane Duffy failed to get enough purchase on a header and NI stopper Bailey Peacock-Farrell had time to tip the ball over the bar. A few seconds later, James McClean blasted high over the bar from the resulting corner.

Just before the half-hour mark a foul on Liam Boyce led to free-kick in a promising position for the visitors but Steven Davis’ effort hit the head of Shane Duffy in the wall and went out for a corner.

Jeff Hendrick and McClean spurned half-chances for the hosts while Dallas went close when he latched on to an incisive ball from Davis and evaded the Republic defence, only to see his right-footed low shot saved by Randolph.

And right on the stroke of half-time impressive right-back Michael Smith’s fierce right-foot drive zipped narrowly over the bar after he was teed up on the edge of the area by Davis.

In the second session the home side could have broken the deadlock just before the hour mark had Callum Robinson done better when he got on the end of McClean’s cross-shot.

Liam Boyce perhaps should have done better in front of the Green and White Army when he was picked out in the box by the industrious Davis, only for the Burton Albion frontman to direct his header over the bar.

Boyce again saw a good chance come and go when he failed to react in time after Randolph had parried Smith drilled cross from the right.

And Northern spurned another glorious opportunity when sub Jordan Jones’ low shot was denied by the feet of Randolph. The flying winger’s chance came after he had done the hard work of dispossessing Darragh Lenihan after a glaring defensive lapse. 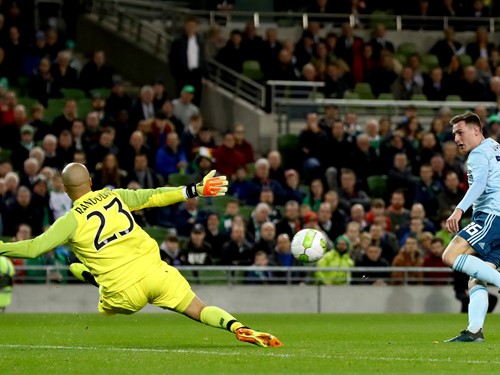 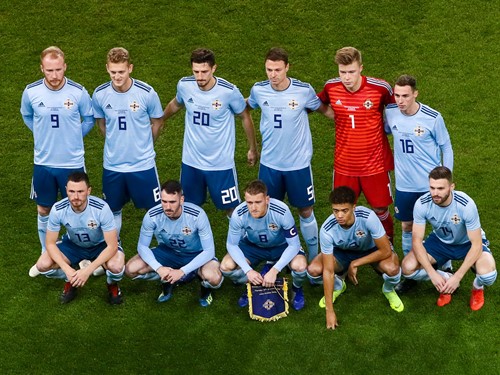 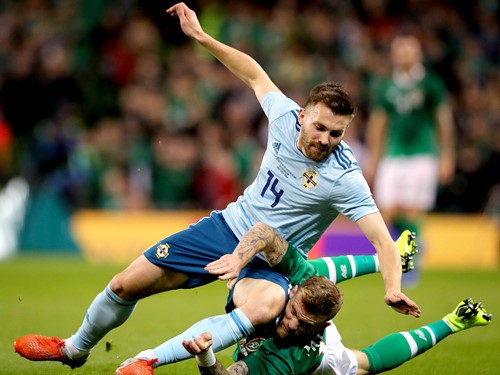 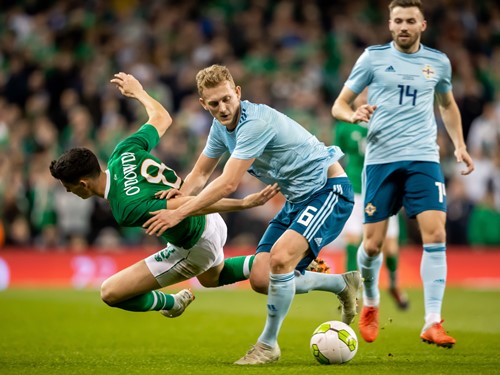