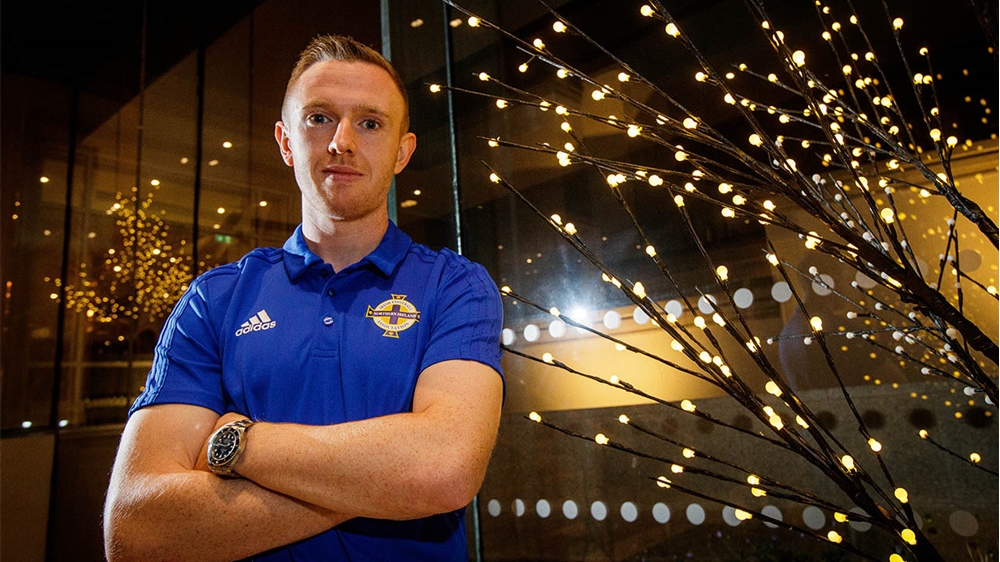 Midfielder Shane Ferguson will come up against a few familiar faces when Northern Ireland take on the Republic of Ireland on Thursday evening.

The two sides go head-to-head in a friendly in Dublin’s Aviva Stadium and Ferguson is keen to claim bragging rights over Millwall team-mates Aiden O’Brien and Shaun Williams – both of whom have been named in Martin O’Neill’s squad.

“It’s going to be a big atmosphere at the stadium and it’s a game we’re looking forward to. We’ve been working hard in training and hopefully we can go there and get a good result,” he said.

“I know a couple of the lads in the Republic of Ireland squad; Aiden O’Brien and Shaun Williams. They’ve already been starting the slagging before we came away but hopefully we can get a good result and leave them disappointed.”

And Ferguson, who has won 37 caps for Northern Ireland, knows a positive result against the Republic would platform them onto Sunday’s Nations League clash against Austria. The 27-year-old started last month’s corresponding fixture against Arnautovićand co. and he admits they will be a tough proposition at home.

“It’s going to be difficult. Out in Vienna it was very difficult as well but the game on Thursday will be good preparation but hopefully we push on and get a good result in Belfast on Sunday,” he added.

Ferguson made his debut for Northern Ireland at the tender age of 17 and he’s excited at the prospect of the inclusion of a clutch of under-21 players – Conor Hazard, Paul Smyth, Jordan Thompson and Bobby Burns, admitting they bring a fresh impetus.

“It’s great to see so many young players come into the squad now. The really push the older players on and make them better and hopefully we see more young faces come through in the future,” he said.

At club level, resilient Ferguson has once again established himself as a regular in the Millwall starting team and has been a key figure for boss Neil Harris at The Den.

“It’s been great to be back in and it was difficult at the end of last season and it took me a few months to get back in the team. I’m now really enjoying being back playing regular football again and hopefully now we can kick on and push up the table.”