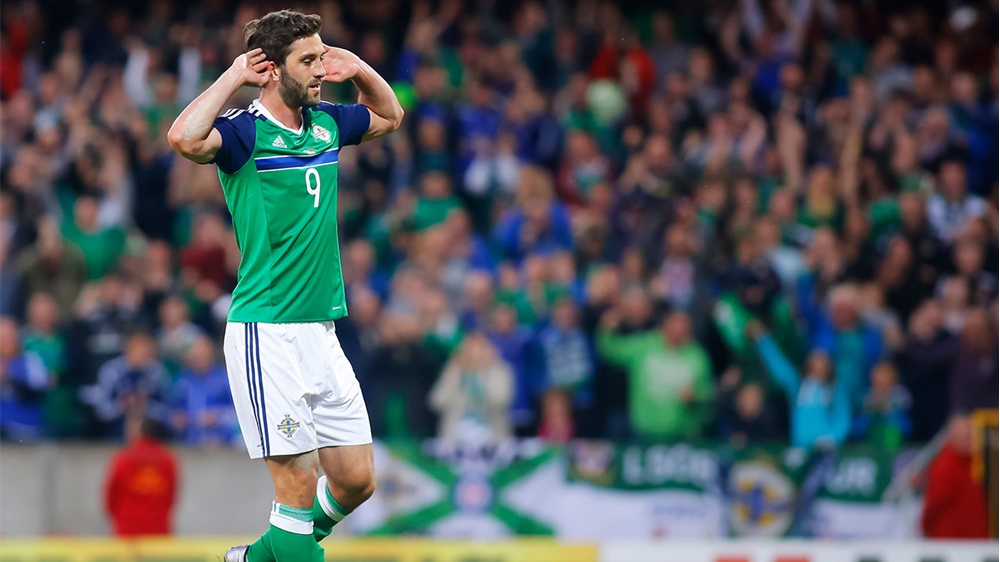 Striker Will Grigg has extended his stay with Wigan Athletic after penning a new deal which will see him remain at the DW stadium until the summer of 2020.

The 26-year-old, who arrived at the Latics two years ago for an undisclosed fee from Brentford, has scored 35 goals for the club and was delighted to have secured his future with the League One side.

“I’m really pleased to have signed a new contract with the club,” Grigg told the club’s official website. “From the moment I first signed it’s been a whirlwind, but I’ve loved every minute of it and to get this deal done means everything to me and I’m really happy.

“I’ve been at quite a few clubs now but this is the one I’ve felt at home at and my family are settled too.

“This deal hasn’t taken a long time to do because I was keen to get it done as quickly as possible,” he added, “and I think that shows what the club means to me.

“We’ve got this done now so I just want to crack on from here.”

The Solihull-born forward is a firm favourite with the Wigan fans and that relationship played a big part in his decision to sign a new contract.

“The happier I’ve been the better I’ve done and that comes from the feeling I’ve had at the club,” he continued.

“It starts with the fans and they’ve been brilliant towards me, so if I can keep that going for years to come then I’ll be happy with that.”

Grigg, whose grandfather is from County Fermanagh, made his full Northern Ireland debut against the Netherlands in June 2012.

So far he has made 10 appearances for his adopted country and scored his only goal for Michael O’Neill’s side in a 3-0 friendly win over Belarus just prior to last summer’s Euro 2016 finals in France.