Captain hopes to inspire young fans against Republic of Ireland 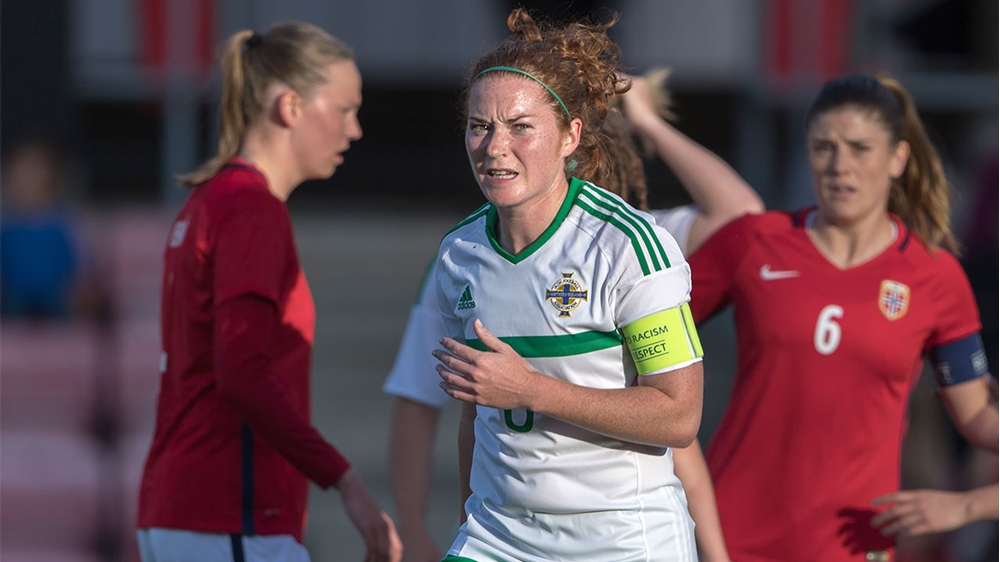 Northern Ireland Senior Women captain Marissa Callaghan has called on the Green and White Army to come and give their famous support in their FIFA World Cup qualifier against the Republic of Ireland.

Her side will take on the Republic of Ireland at Mourneview Park in Lurgan and the captain has called on fans to come and support the team with the aim to inspire younger players to see what they can achieve.

She said: "Obviously all eyes are going to be on us going into the game. But, more importantly, it's about the younger players and inspiring them.

On the game itself, Callaghan is remaining optimistic as they face another tough challenge after their defeat in Norway on Friday.

She said: "We are Northern Ireland, and we will never be one of the top teams in the world. We are the underdogs and we are used to being the underdogs.

"We are seeded fifth in the group and the Republic of Ireland are third seeds but do you know what we are aiming high and we aim to get points off them and win the game. It will be a good game and obviously being a derby you are going to get a good battle."

To hear more from Marissa Callaghan, watch the video above.