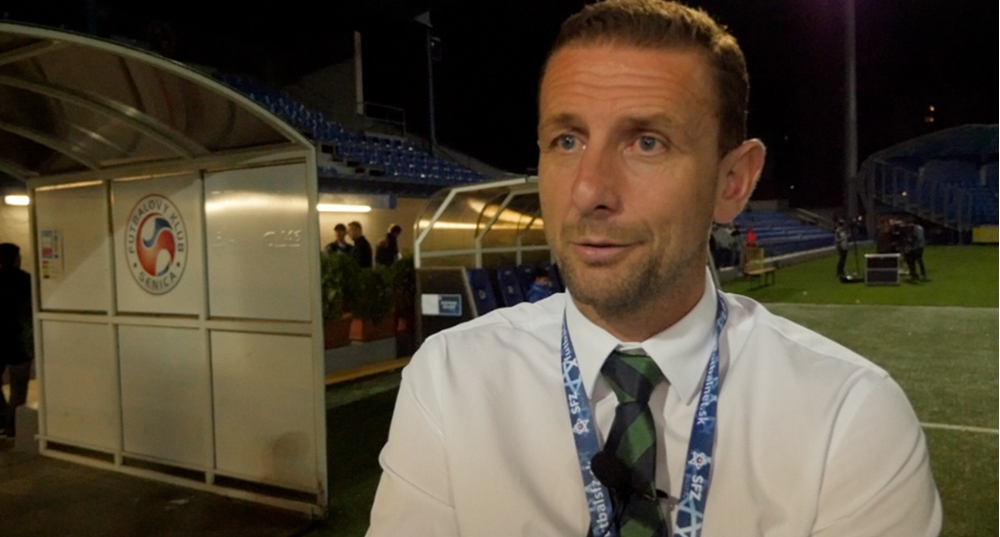 Northern Ireland U21s suffered their first defeat of the campaign following a narrow 1-0 loss against Slovakia at Stadion FK Senica.

The team had previously won their first two matches before this 1-0 defeat in Slovakia which sees them on six points from a possible nine.

U21 Manager Ian Baraclough was in positive spirits following his side's first loss under his management and highlighted how important it is to bounce back from this result to claim nine points from a possible twelve in the next game.

Ian told us; "There's no reason why we couldn't have come away from here with the three points. We had good possession. They broke on us quickly and were ruthless

"It's a measure of how far we've come that we're disappointed that we haven't came away from Slovakia with something."

He went on to praise the eye-catching saves made by goalkeeper Conor Mitchell; "I thought he was outstanding. That's what your goalkeeper is there for.

"It's the first time he's really been called on over the three games but he was probably the pick of our players tonight if truth be known."

The U21s will be hoping they capitalise on their fine defensive display when they play their next match at home as they take on Estonia on Tuesday 10 October.

You can watch the full interview with manager Ian Baraclough in the video at the top of the page.