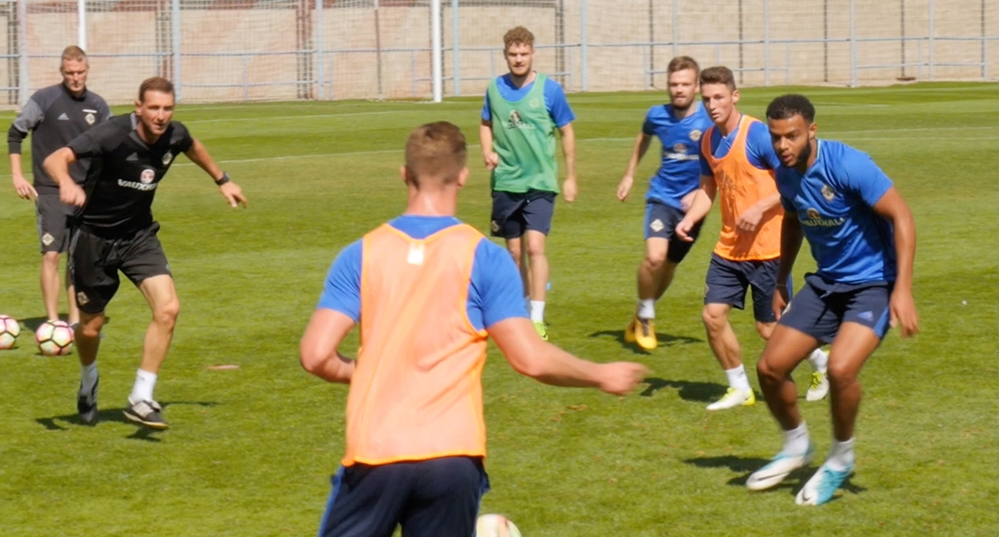 Northern Ireland U21s are taking on Slovakia at the Stadion FK Senica in their UEFA European Under 21 Championship match within Group 2.

After two jaw dropping last minute wins in their previous group games, manager Ian Baraclough has been speaking of creating history with these players as they aim to continue their 100% win rate under his mentorship.

He said, “I looked back into the history of it of course when I took the job and I knew it wasn’t going to be a simple task but I’ve put it to the players. We’ve talked about being the group that people talk about.

The squad have been training in Slovakia ahead of the match tonight, Tuesday 5 September and Ian told us how important it will be for the player’s confidence to get support from back home.

“This is the next crop of players coming through.  The next step is Senior football with Michael (O’Neill)

“If people back home can see that there are a decent crop coming through then it gives the Green and White Army something to look forward to.”

You can watch the full interview with manager Ian Baraclough in the video at the top of the page.

Slovakia vs Northern Ireland will take place on Tuesday 5 September at 7:30PM in the Stadion FK Senica and you can follow our live updates of the match on Twitter at @NorthernIreland .