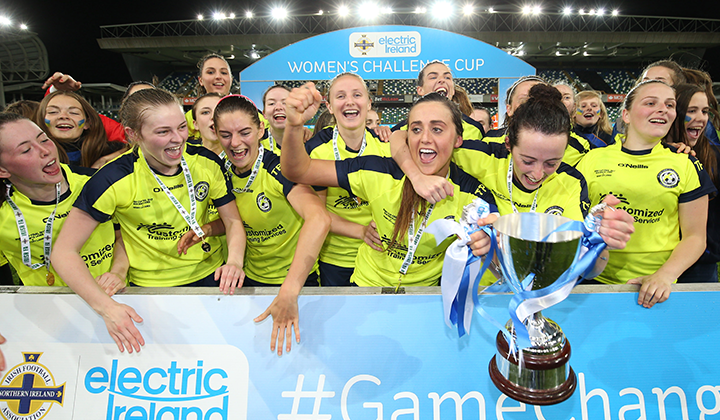 Sion Swifts Ladies captain Kendra McMullan was the hero as the Tyrone side claimed their first major trophy tonight.

Many observers felt it was destined to be a tight affair at the National Football Stadium at Windsor Park as Sion and Newry finished second and third respectively in this season’s Women’s Premiership title race.

But Sion, who are celebrating their 10th anniversary this year, were the better side throughout in Belfast and deserved their victory.

Sion made all the early running against their Co Down opponents and had the first chance of the game when Kelly Crompton’s looping header from a corner was cleared off the line.

Then Claragh Connor’s long range effort went just wide of the target before Sion captain McMullan shot over the top on 22 minutes.

Kate Flood’s introduction in the 24th minute - she replaced the injured Patricia De Silva - gave Newry a lift and it wasn’t long before they created their first decent chance, with captain Moya Feehan’s glancing header going just wide of the target.

But Sion began to push forward again and on 34 minutes Orla Devennay had a shot smothered by Newry keeper Megan Cinnamond after the striker pounced on a loose ball inside the area.

Two minutes later Chloe McGlade was played through and Cinnamond saved her low drive with her legs. And McGlade had another chance minutes later. She made an impressive burst into the area but dragged her shot wide of the target.

Just after the restart Flood fired a free-kick wide from 40 yards and then Sion’s McGlade smashed a free-kick inches past the post from 30 yards.

On 54 minutes a McMullan delivery from a free-kick was headed just wide by Sion striker Devennay.

In the 73rd minute Sion captain McMullan broke the deadlock with a sweet strike from 25 yards, her shot looping over the helpless Cinnamond.

Two minutes later Sion almost doubled their tally. McGlade jinked her way past a couple of defenders and produced a stinging effort which Cinnamond managed to keep out.

Just 30 seconds later, however, Northern Ireland international McMullan scored her and Sion’s second when she latched on to a loose ball just inside the area and smashed a low shot into the bottom corner of the net.

Newry huffed and puffed in the closing stages but the Sion defence, which had been marshalled superbly by Connor and Cathy Hyndman during the game, held firm and the Tyrone side deservedly secured the Women’s Irish Cup.

Captain McMullan, who got the desire and passion from her team she had promised in the run-up to the game, was named man of the match. 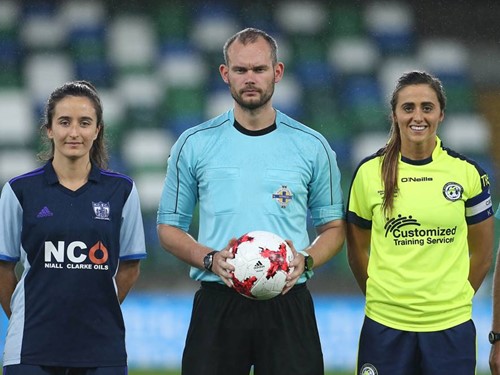 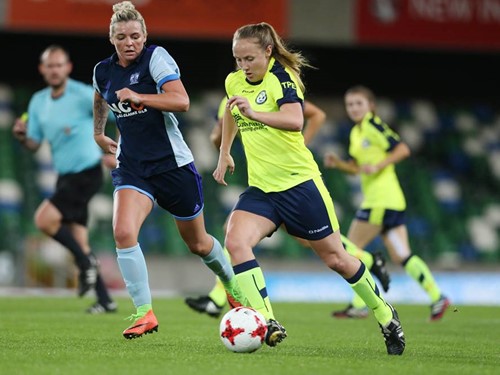 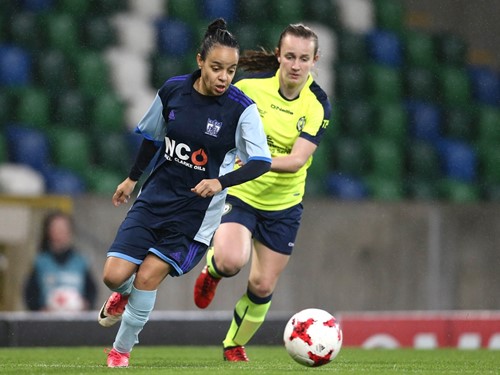 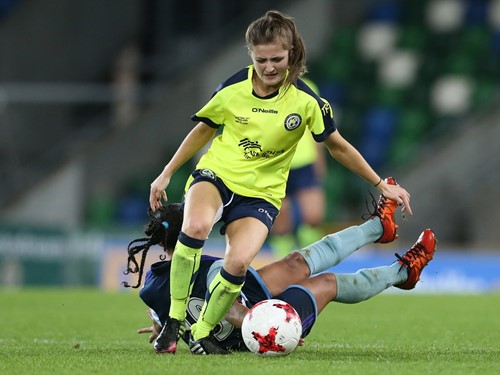 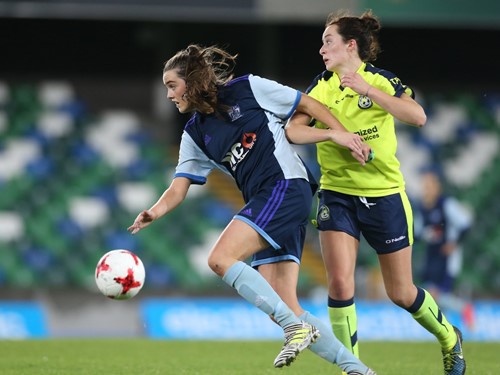 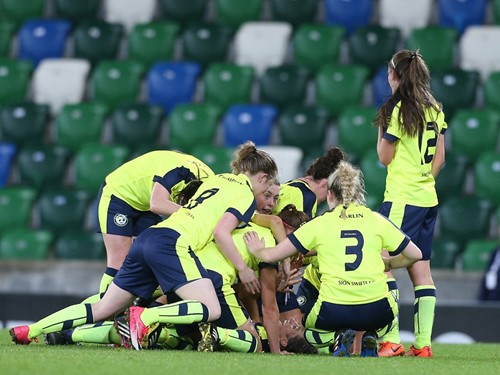 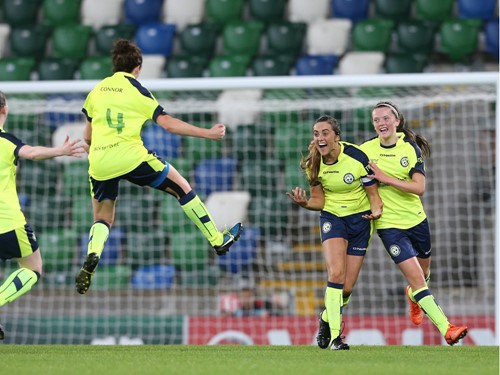 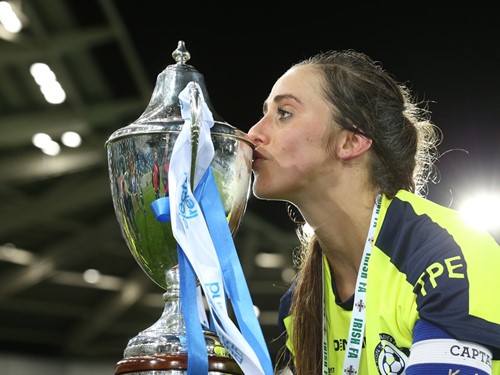 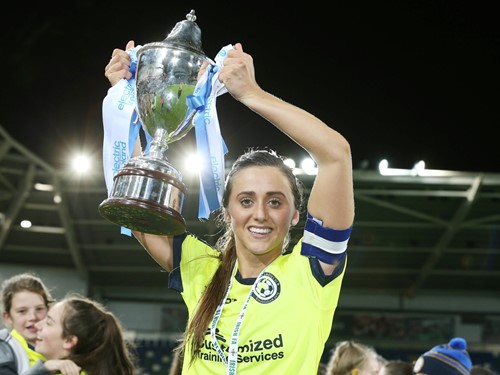 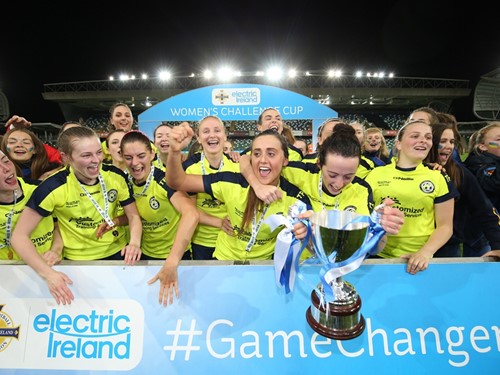