People's Award winner will come from shortlist of three 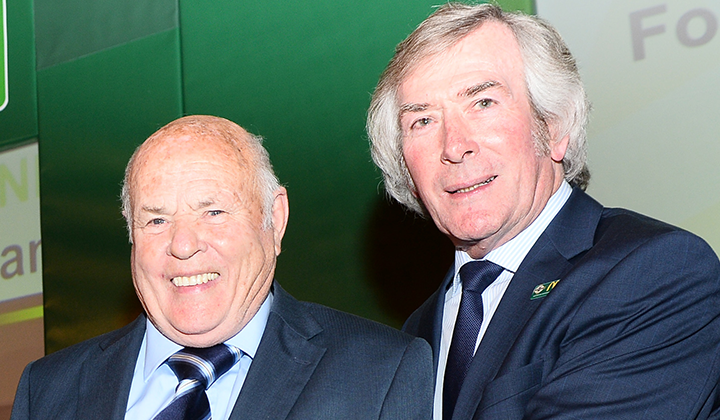 Three local grassroots football heroes have been shortlisted for the 2017 McDonald's IFA People's Award (for Outstanding Contribution to Grassroots Football) and the voting is open now.

You can vote now at www.irishfa.com/communityawards

Stanley Sheppard
Up until the age of 27 Stanley was a semi-professional footballer. He played for a number of years with Glenavon, even getting to play in the European Cup, before an injury cut short his playing career.

Stanley moved from playing football into a volunteering capacity, both coaching and helping with the administrative side of running grassroots football clubs, before moving to his current role at Lisburn Junior Invitational Football League where he handles administration duties including the setting up of fixtures, booking of referees, organising of pitches and general day to day running of the league.

Jimmy Waite
Jimmy Waite has given his life to Springfield Star Football Club. Jimmy has been actively involved since the creation of the football club more than 25 years ago to the present day where he is chairman of the club as well as the coach of the under-7 and under-9 boys' teams.

He became a volunteer to help provide a fun, safe and welcoming space for his son and young people in the Shankill and Springfield areas to play football. Jimmy is a great believer in the power of football to transform communities and the club has a great rapport with clubs across West Belfast and beyond.

Michael Hilland
Michael Hilland is the pioneer behind the creation of Trailblazers Powerchair Football Club, a disability football club that is located at Girdwood Community Hub in North Belfast.

The club has been going for nearly nine years and thanks to Michael continues to go from strength to strength specialising in offering disability football to people with physical and learning disabilities. Michael loves to provide an opportunity for people with disabilities to get involved in grassroots football - helping to boost their confidence and self-esteem.