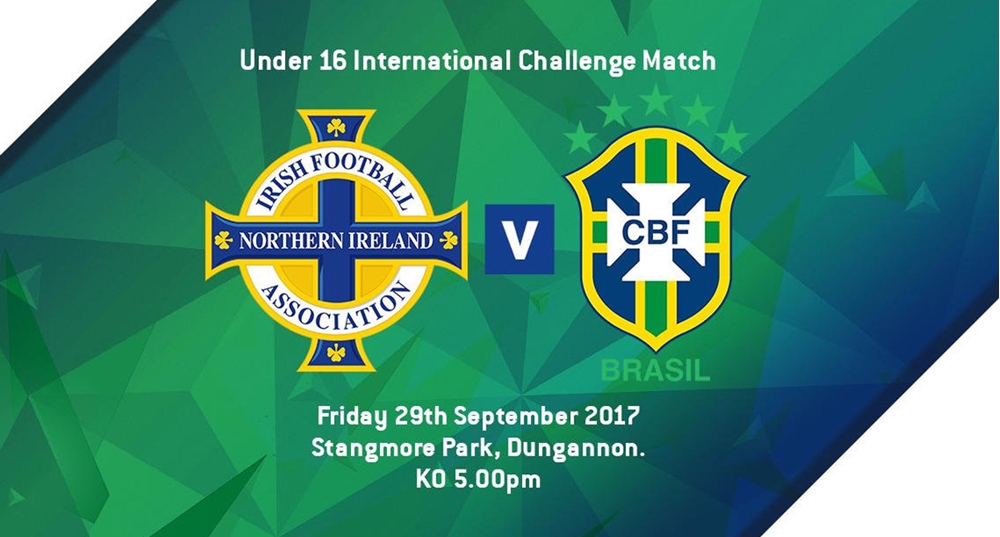 Northern Ireland’s U16s are set to take on their Brazilian counterparts on Friday (29 September) in a challenge match.

The boys in green have only played the global giants once since the World Cup Finals in Mexico in 1986 - at the Milk Cup in 2004 – so games against them are a rare commodity.

A game against the Samba boys has been arranged as part of Northern Ireland’s preparations for this year’s Victory Shield tournament, which is being held in Northern Ireland next month.

Friday’s match against Brazil U16s is set to be staged at Stangmore Park in Dungannon (5pm kick-off).

Darren Murphy, coach of the Northern Ireland Schoolboys side, said: “This is a fantastic opportunity for our players to test themselves against one of the biggest countries in the world.

“Our boys are really looking forward to the game which will be perfect preparation for the Victory Shield. The boys have been fantastic all year and are undefeated at this level.”

The Brazilian squad features players from some of the leading teams in the South American country, including Palmeiras, Flamengo, Santos and Corinthians among others. And they even have a player called Kaka in their ranks.

Entry to the game in Dungannon is free.

This year’s Victory Shield tournament is being organised by the Northern Ireland Schools’ Football Association on behalf of the Schools’ Association Football International Board.

England have not entered for the past couple of years, so Northern Ireland’s U16s will be facing Wales, Scotland and the Republic of Ireland in next month’s tournament.