Captain aiming for three points against the Czech Republic 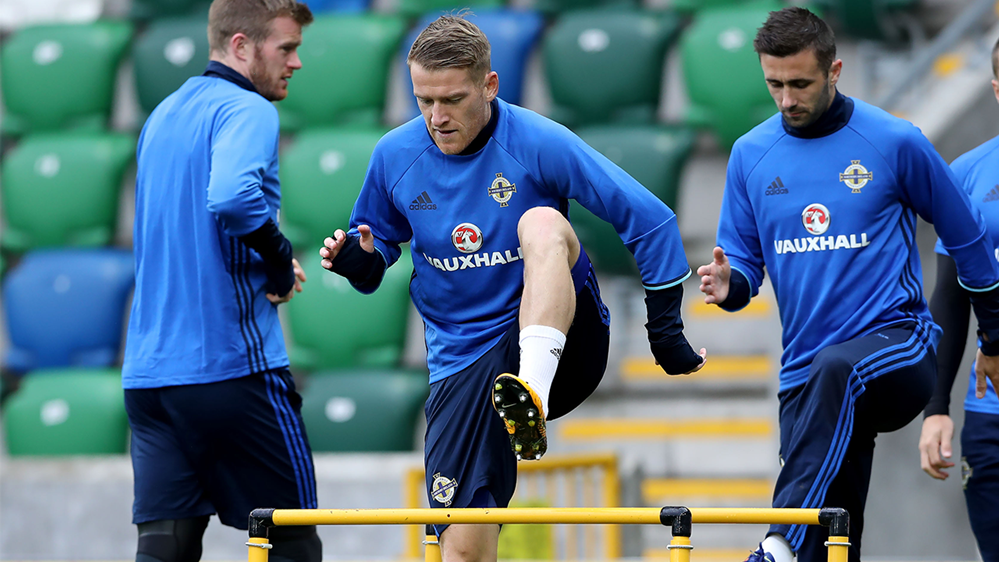 With a draw being enough to secure second place in their FIFA World Cup qualifying group, Captain Steven Davis won't be settling for a point against the Czech Republic.

With Northern Ireland currently on 16 points in Group C, and their opponents on 9 points, a draw would leave a seven point gap with just two games remaining before the playoffs.

Going into the game with that assurance, Davis says the team won't be playing just for the draw, he said: "The mentality doesn't change, we want to win every game. We are on a good run at the minute and we are strong at Windsor. We want to go do that again and continue that run and momentum."

Davis will lead his side out knowing they could have one foot in the playoffs after the game and it's a position he is proud of being in, he said: "We're in a great position. We would have bite your hand off for this position before a ball was kicked.

"The ball is in our court, we want to go out and do something special again. We have the desire and hunger and we hope we can do that again tomorrow night."

To hear more from the Captain, watch the video above.