Magennis at the double as Northern Ireland see off San Marino 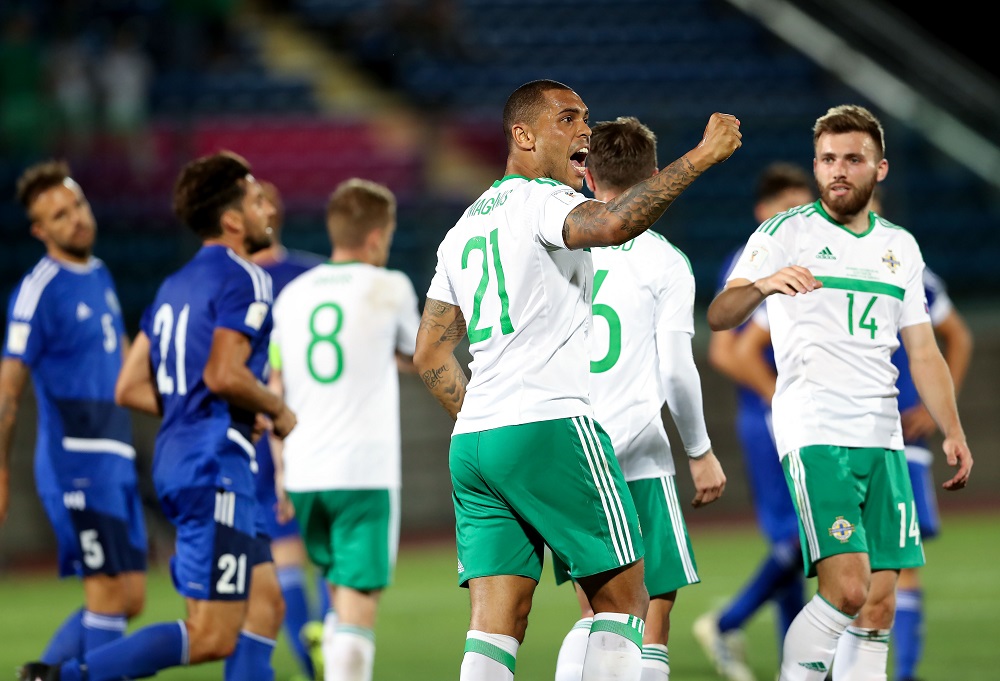 Josh Magennis bagged a quick fire second half double to help Northern Ireland to an ultimately comfortable 3-0 defeat of San Marino this evening in Serravalle.

There was an early opportunity to open the scoring when, after just three minutes, Davis sent a low effort narrowly wide of the post after the ball fell loose from Chris Brunt's delivery.

A quarter-of-an-hour later the unmarked Conor Washington attempted to get on the end of a cross into the area only for the speed of the ball to evade him when a touch would surely have paid dividends.

The chances followed as Kyle Lafferty's 25th minute cross was cleared from a crowded penalty area while Davis nodded over from Magennis' cross a short time after that.

Washington will feel he should have broken the deadlock with ten minutes of the first half remaining. Getting on the end of a Jonny Evans knockdown he raced into the box only to fire straight at 'keeper Aldo Simoncini before firing the rebound over the bar.

But the best chance of the first half came moments from the break when Magennis rose to connect with a Brunt cross only to see his header rattle the woodwork while Evans' attempt at converting the rebound ended with ball being sliced wide from point blank range.

This pattern of frustratingly missed opportunities continued into the second half but there was also a sense that the breakthrough was coming.

And it did, and how!

On 70 minutes Magennis tested Simoncini with a header which the 'keeper pushed out. However, Davis kept the ball in play and duly returned it for Magennis to follow up with a right-foot finish into the bottom left corner.

The Charlton Athletic man doubled his tally five minutes later. On this occasion Davis fed the ball to Washington who, in turn, squared it for Magennis to turn home a simple tap-in.

Then, three minutes after that, Davis got the goal his endeavours deserved when he sent Simoncini the wrong way from the spot after substitute Alex Gasperoni, only on the pitch a matter of moments, handled inside the box.

Next up, of course, is Monday's crucial game with the Czech Republic at the National Football Stadium. A point from this would secure runners-up spot in the group and, depending on the other groups, a place in the play-offs. 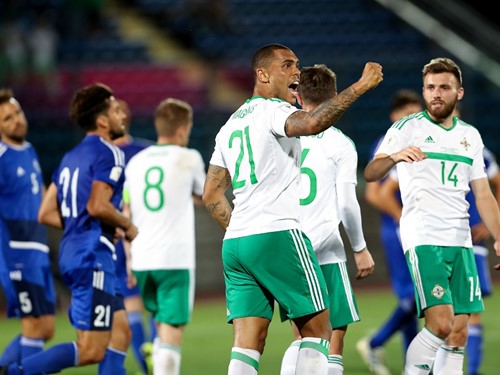 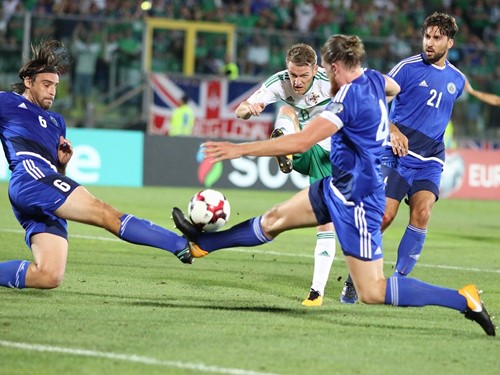 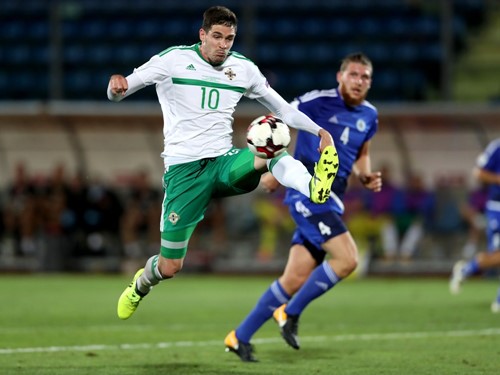 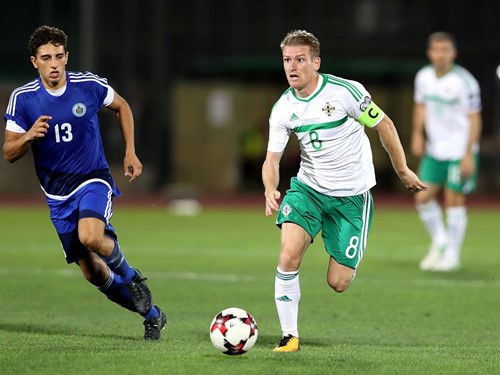 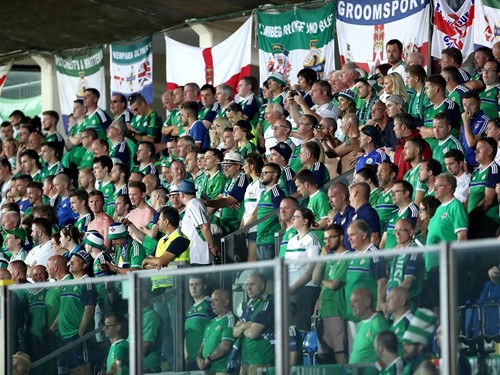 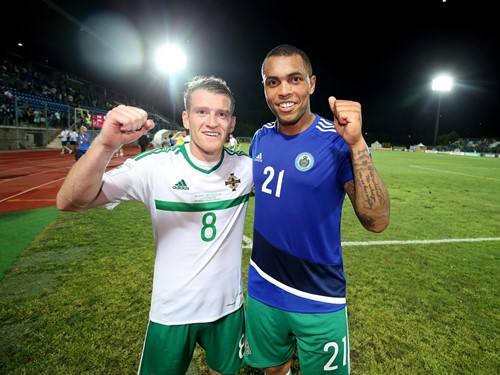 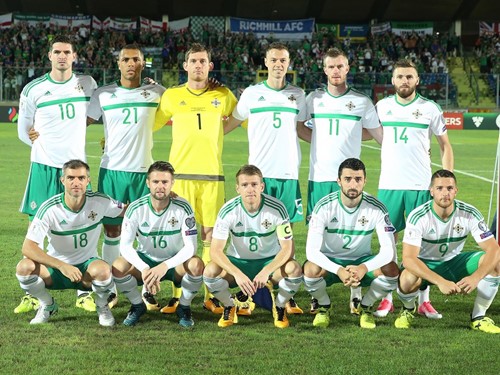