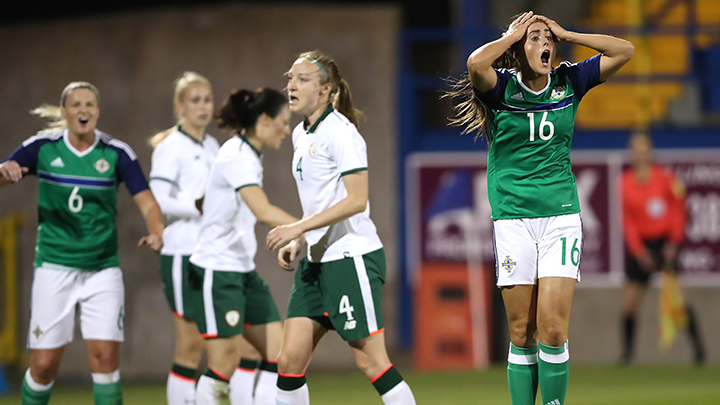 Full-back Megan Campbell was the hero for Republic of Ireland Women as they defeated Northern Ireland Women 2-0 at Mourneview Park this evening.

Manchester City player Campbell forced the opening goal and scored the second as the Republic secured victory in the derby encounter in Lurgan.

Campbell’s power-packed throw-ins caused all sorts of problems for the home defence and they ultimately had a huge bearing on the outcome of the game.

The Republic, the third seeds in European Qualifying Group 3, put in a couple of decent crosses in the opening 10 minutes and their captain Katie McCabe produced the first real effort on goal when she shot wide of the target on 13 minutes.

In the 16th minute Northern Ireland left-back Jessica Foy produced a decent cross from deep but it evaded striker Simone Magill and two minutes later Republic centre back Diane Caldwell headed over the top from a corner.

Campbell, the Republic’s female version of Rory Delap, produced the first of a series of bullet-like throw-ins on 26 minutes. Her missile reached the heart of the Northern Ireland defence but it was well cleared.

Campbell repeated the feat after half an hour and this time the ball was headed clear by Northern Ireland centre back Julie Nelson.

The Republic began to put the squeeze on Northern Ireland and in the 33rd minute another long throw from Campbell was headed against the bar from close range by Stephanie Roche.

In the 42nd minute Northern Ireland winger Caragh Milligan forced a corner after a mazy run. Northern Ireland captain Marissa Callaghan produced an excellent cross which was met by Kendra McMullan and her powerful header was pushed over the top by Republic keeper Marie Hourihan.

On the stroke of half-time, however, the Republic opened the scoring when Rachel Furness inadvertently headed another Campbell long throw past her own keeper.

Stephanie Roche had the ball in the net for the Republic early in the second half but her close range effort was ruled offside.

The Republic doubled their lead against the fifth seeds in the group after 68minutes. A long throw from Campbell was cleared by the Northern Ireland defence back out to the full-back and she controlled the ball neatly before producing a 35-yard cross-cum-shot which flew into the top corner.

The visitors continued to push forward and created some more half-chances, while sub Lauren Brennan looked lively for Northern Ireland when she entered the fray, producing a couple of decent crosses.

In added time Northern Ireland forward Simone Magill fired straight at the keeper when well placed and then keeper Perry produced a fine stop to keep out lively attacking full back Harriet Scott.

Northern Ireland defended well throughout but the Republic dominated possession, created the better chances and deserved the win. 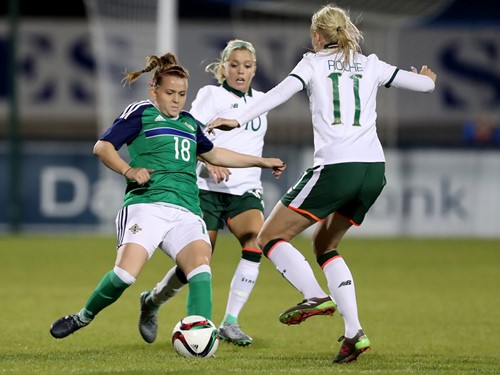 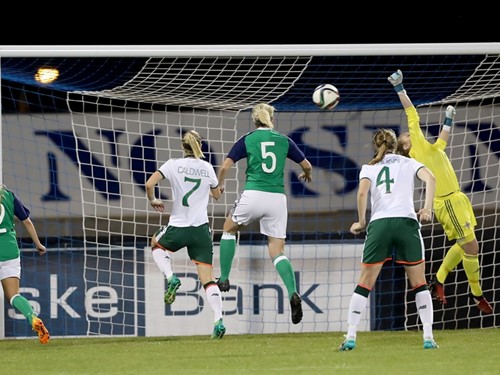 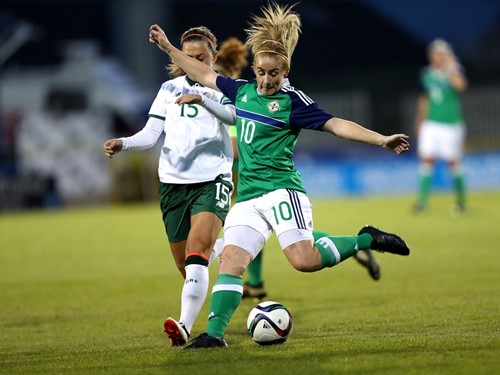 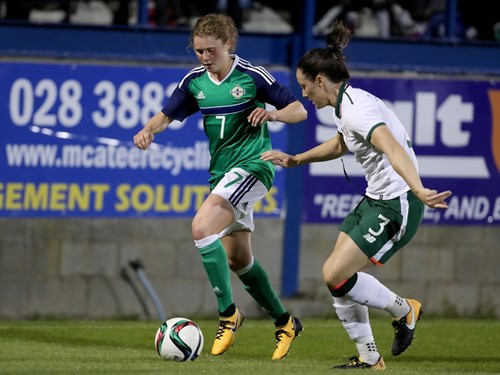 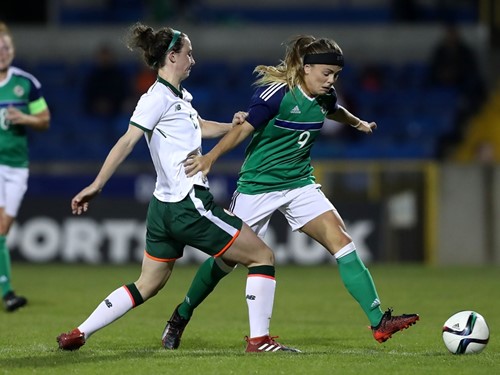 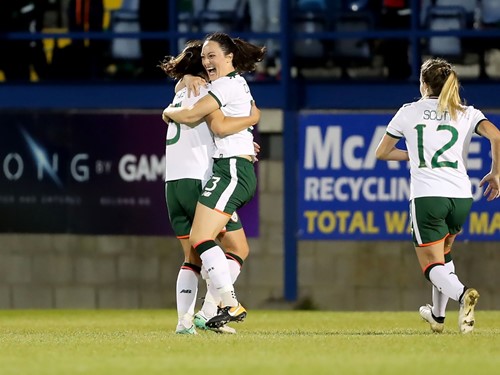