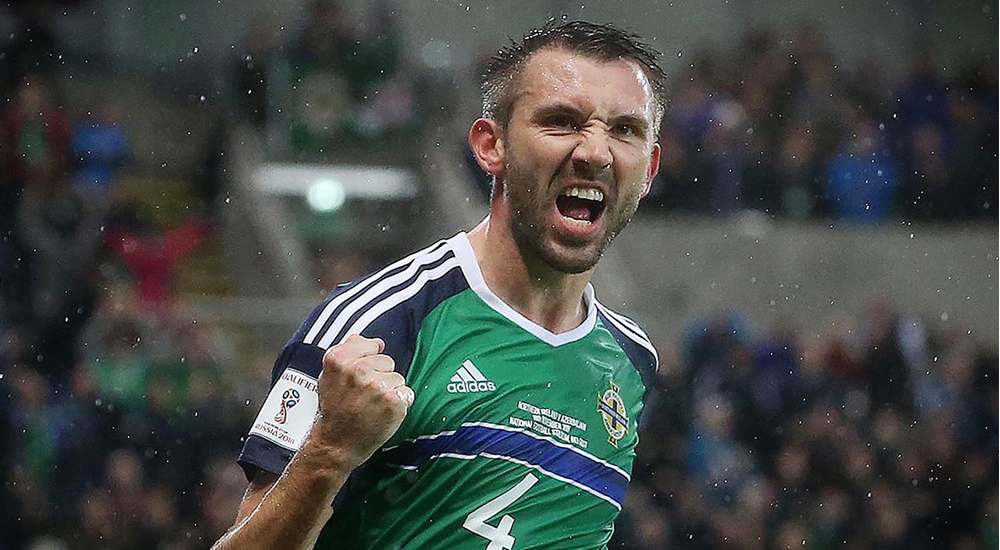 Gareth McAuley is back in the Northern Ireland squad for next month’s World Cup qualifiers against Germany and Norway.

McAuley has not featured in the squad since he limped off against Azerbaijan in Baku back in June, but the West Brom stalwart has now recovered from the thigh problem which kept him out of action for several months.

Jones, who started as a youth player with hometown club Middlesbrough, has become a fans’ favourite at Rugby Park since signing for Kilmarnock from Boro in June 2016. The 22-year-old midfielder has previously been involved with Northern Ireland at U19 level.

For the two games next month Northern Ireland will continue to be without Watford defender Craig Cathcart, who is receiving treatment on a knee injury, as well as Sunderland midfielder Paddy McNair, who is still on the road to recovery after damaging knee ligaments.

Michael O’Neill’s team have already cemented second place in Group C but will be aiming to secure at least a World Cup play-off spot when they face the Germans and the Norwegians in the double header.

The full squad is listed below: 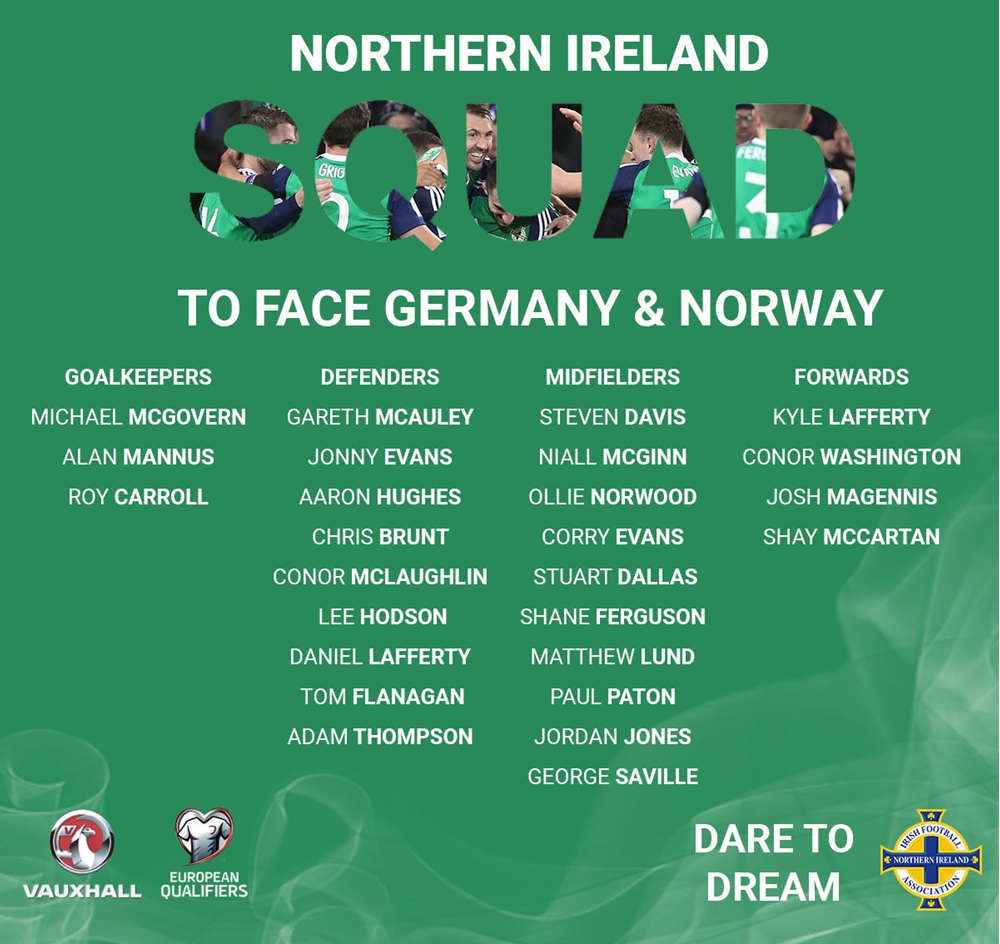