'It’s pressure I just have to accept' says striker 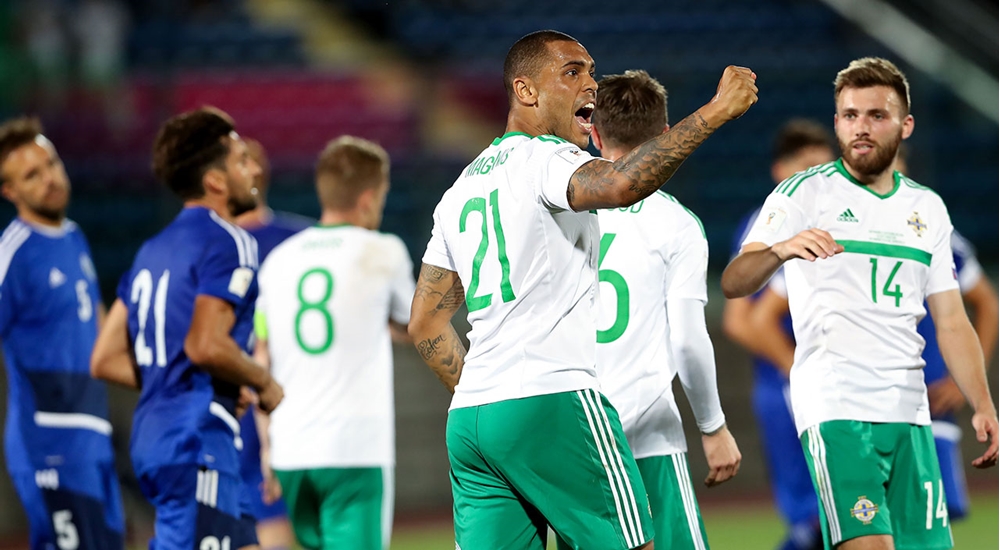 Northern Ireland striker Josh Magennis earned Charlton Athletic a point when he scored his fourth goal of the season as the Addicks drew 1-1 at home with Bury at the weekend.

The 27-year-old headed home an equalising goal six minutes before the break, however he insisted he would rather the team picked up all three points than for him to get his name on the scoresheet.

“It would always be fantastic to score goals every week,” declared the former Kilmarnock forward, “but the main focus for us is to get promoted and if that means me scoring the minimum amount of goals but we get up then it doesn’t matter.

“Obviously being a striker your main job is to score goals but if you are involved in any goal or assist, or you are putting defences under pressure to allow other players to come in and score goals, then that's all that matters.”

Charlton’s apparent failure to sign a 20-goals a season striker in the close season means extra responsibility has been placed on Magennis’ shoulders by boss Karl Robinson, but it is a responsibility that he readily admits he is relishing.

“For me as a striker probably the best way to show him is to score goals so this season has started well for me and I’m thoroughly enjoying it.

“It’s pressure I just have to accept,” added Magennis, “I just have to do my best. It’s no good me getting 20 goals if we finish mid-table, we have to finish top six or automatic promotion so it has to even itself out.”

The only other Northern Ireland player to find the net over the course of the weekend was former under-21 international Matt McClure who also scored his fourth of the campaign for Aldershot Town in the 2-2 home draw with Leyton Orient in the National League.

On the injury front Kyle Lafferty was missing from the Hearts line-up which drew 1-1 with Partick Thistle on Saturday, while left-sided winger Ryan McLaughlin was ‘helped’ off the pitch in Oldham Athletic’s 5-1 thumping at Rotherham United.

The former Liverpool trainee sustained a hamstring injury after just half-an-hour of Oldham’s seventh league defeat in nine League One outings, a result which led to the dismissal of manager John Sheridan on Monday morning.

Finally, Josh McQuoid came on as a half-time replacement for former Middlesbrough and Glenavon forward James Gray to make his debut for National League side Torquay United at the weekend.

The 27-year-old Luton Town striker, who was transfer-listed by the League Two outfit in the summer, joined Torquay on a three-month loan deal last week.