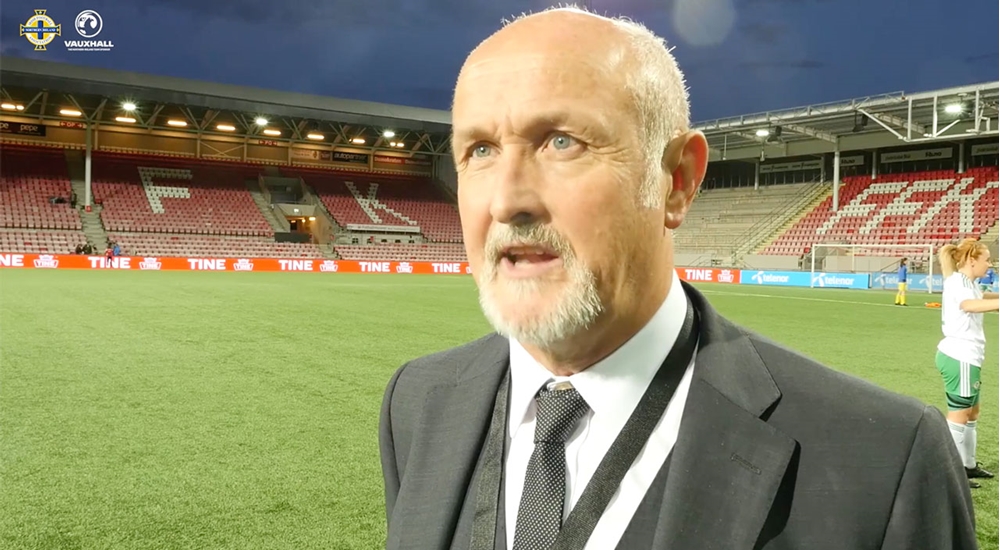 Wylie praised his centre defence duo of Julie Nelson and Ashley Hutton as they for large parts kept Norway at bay as well as 16 year old debutant Lauren Perry. Wylie said: "The defence was immense. Lauren Perry at 16 years of age making her senior debut was unbelievably good.

Ashley (Hutton) and Julie (Nelson) have been about for a number of years and bless us the days when those decide to not play after their performances tonight.

"You can't fault anyone, we worked hard but they were the better side and you put your hand up."

Caragh Milligan scored in the final minutes to get one back for the Senior Women and Wylie was pleased to get a reward for their efforts, he said: "Rachel (Furness) worked hard upfront and we scored a very good goal. Great play by Rachel Newborough breaking down the wing, slides it into Rachel Furness who passes it to Caragh Milligan to put it in."

To hear more from the manager after the opening World Cup qualifying defeat, watch the video above.