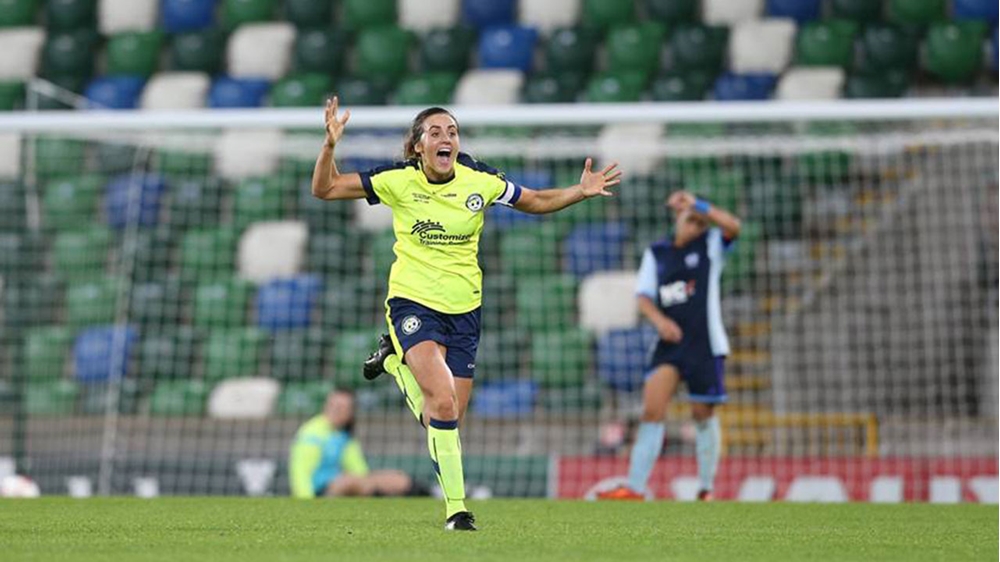 Sion Swifts captain Kendra McMullan says winning the 2017 Electric Ireland Women's Challenge Cup is one of the greatest achievements of her life.

McMullan broke the deadlock with an incredible lob and she pounced again just three minutes later to ensure the cup was leaving the National Football Stadium at Windsor Park in the hands of Sion Swifts Ladies.

Although naturally receiving praise, the captain quickly deflected the attention on to the rest of the team: "It's just amazing. To just be playing at the National Football Stadium at Windsor Park and scoring two goals but it's not all about me.

"It's about those girls and not just those on the pitch, but the squad off the pitch, the management and our supporters. They came to the final and we weren't letting it go and I'm so happy to be bringing this cup home with us."

To hear about her stunning strike to break the deadlock and never letting the trophy go, watch the video above.