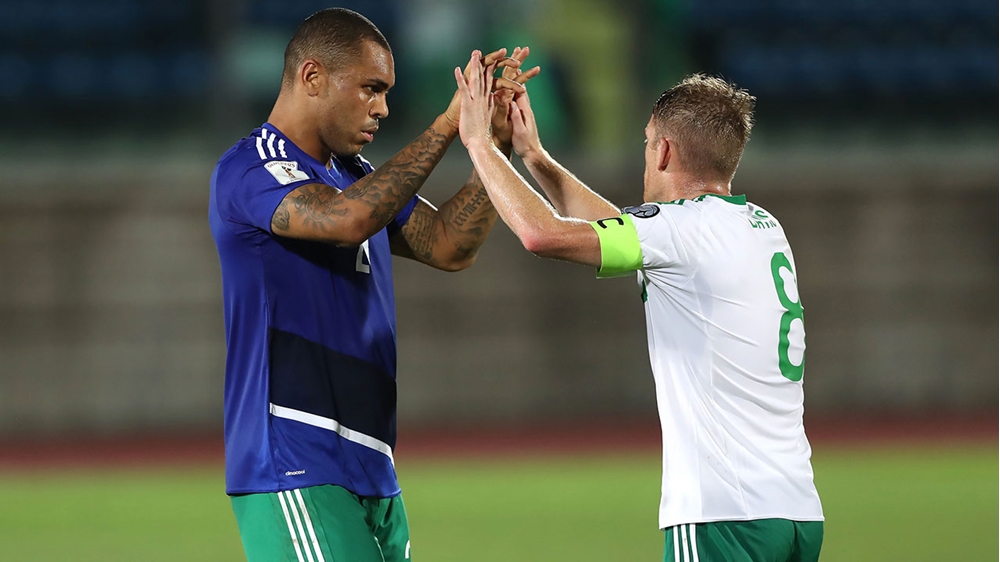 Josh Magennis says it's about the points in the Northern Ireland dressing room after he was denied a hat trick in the 3-0 win against San Marino.

Magennis had earlier broken the deadlock after 70 minutes, and then added to his opener to put a gap between themselves and their opponents.

Northern Ireland won a penalty minutes later but when the striker asked about taking it, Captain Steven Davis assumed his usual duties but it wasn't an issue for the striker, he said: "I was kindly declined. Steven Davis is the captain of the team and what he says goes when Michael (O'Neill) isn't around.

"I'm not about the arguing and I had all the confidence that he would score and he did. There's no egos or agendas, it's all about the three points and I'm happy we've done that and onto Monday now."

To hear more from the Charlton striker about his goals breaking the San Marino resistance, watch the video above.