Kenny Shiels always does his homework on the opposition ahead of any match, be it a competitive fixture or a friendly.

But the Northern Ireland senior women’s team manager will have had to have been a bit of a super sleuth ahead of his side’s opening FIFA Women’s World Cup 2023 qualifier.

When Luxembourg arrive in Larne this evening to face Northern Ireland in European Qualifying Group D it will be all new to them.

Although they have played plenty of friendlies down the years, and taken part in mini tournaments, it will be their first ever fixture in a full qualifying stage for a major tournament.

Footage of them in action is hard to come by, which has hampered Shiels’ homework, however the Northern Ireland boss has done enough detective work to deduce that his side must be on their guard.

“I have no doubt they will provide us with a stiff challenge. They only lost narrowly to Belgium in a friendly back in June, so we will not be taking them lightly,” he says in the matchday programme for the game at Inver Park (1900 start).

And he adds: “I have no doubt we will have to maintain our focus and concentration if we are to get a positive result as our European Qualifying Group D campaign gets under way this evening.” 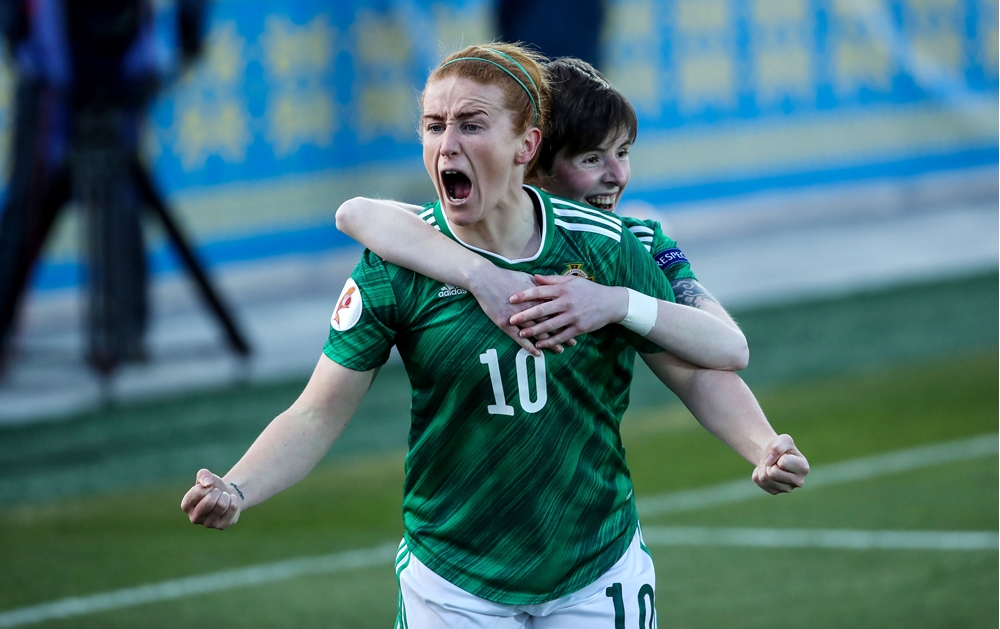 Shiels is pleased to see Liverpool Women midfielder Rachel Furness, Rangers Women defender/midfielder Demi Vance and Glentoran Women attacking midfielder Caragh Hamilton back in the squad after overcoming long-term injuries. He says they are “great characters” who bring a lot to the group.

In the programme he points out: “Rachel is, of course, the record goalscorer for the Northern Ireland senior women’s team and a talismanic figure for the squad. Looking back, I am still amazed that she tried to play on when she broke her leg in the UEFA Women’s Euro 2022 play-off match away to Ukraine back in April. She is, quite simply, a real warrior.

“Like Rachel, Demi played a crucial role in our Women’s Euro 2022 qualification campaign. She is an excellent footballer and fully deserves her tilt at full-time professional football with Rangers Women in Scotland.

“Caragh is a player that excites me. She has not been in many of my squads to date, due to a mixture of injuries and playing other sports, however I feel she has the potential to be a top player for us.”

He will, however, be without experienced Everton Women striker Simone Magill as well as Cliftonville Ladies defender Toni-Leigh Finnegan and Glens pair Sam Kelly and Casey Howe for the match. All four are injured.

The Northern Ireland boss further says his players are hoping to be inspired by the noise and atmosphere that will be generated at the new-look Inver Park.

“Having seen how much the Green and White Army helped the men's team against Switzerland last week they will be hoping for more of the same in Larne,” he points out.