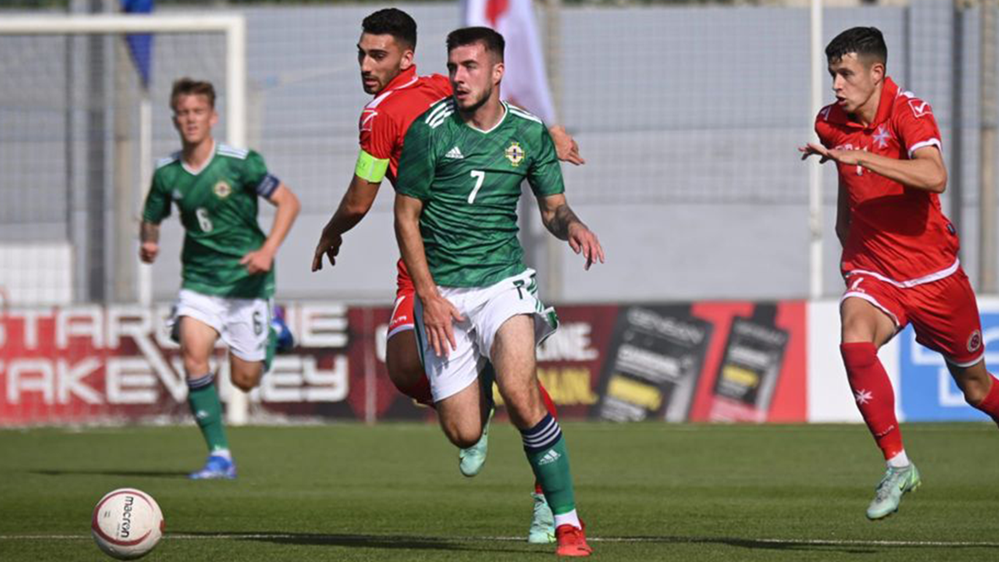 Northern Ireland U21s had a disappointing start to their latest Euros qualifying campaign when they were defeated 4-1 by Malta this afternoon.

The match, played in sweltering conditions at the Ta’Qali Centenary Stadium in Attard, was John Schofield’s first game in charge of the U21s.

His side started brightly in the U21 Euro 2023 qualifier before conceding three goals in a 16-minute spell in the first half which effectively took the game beyond their reach.

Schofield made a triple substitution at half-time in a bid to stem the Maltese tide – and it worked until the closing stages when Malta put the icing on the cake. However, the damage had really been done in the first half. 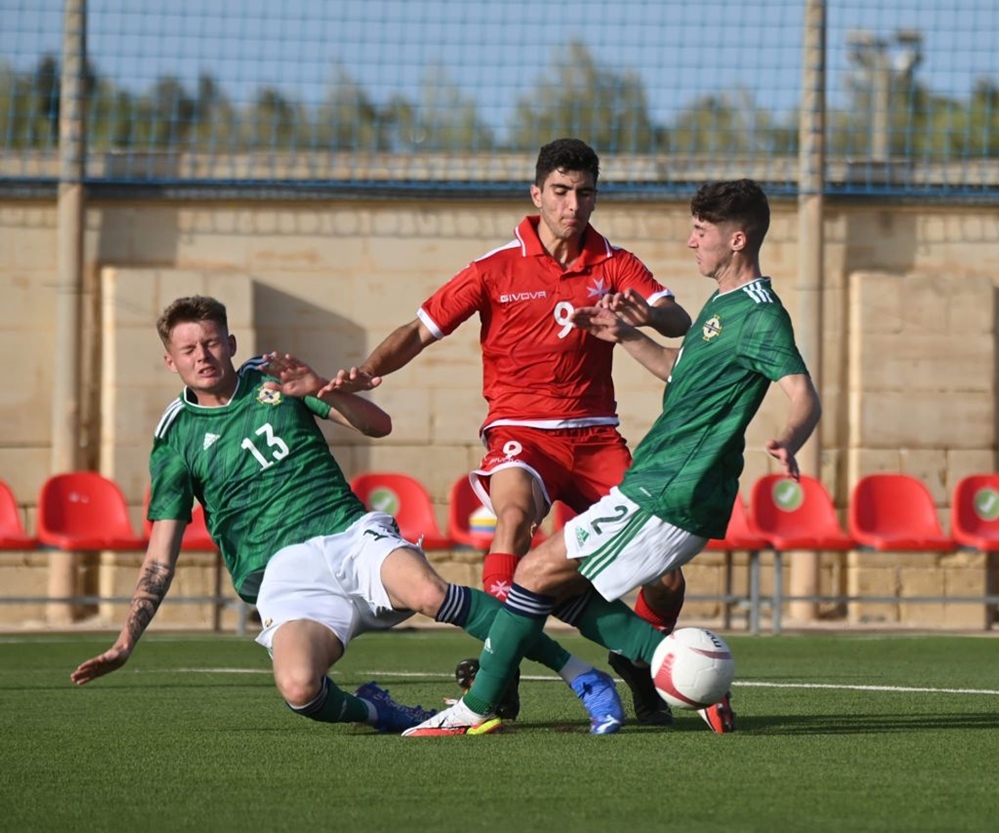 Up until the first goal went in, on 24 minutes, Northern Ireland had looked the more likely team to score and they played well for long spells during the 90-plus minutes.

In the opening quarter striker Ryan Waide dragged an effort wide of the post, while defender Kofi Balmer also had an effort just off target.

Malta opened the scoring through striker Jake Engerer, who swept the ball home after being fed by Alejandro Garzia.

They doubled their lead 12 minutes later when Bradley Sciberras picked out Matthias Veselji and the forward applied the finish.

Carl Johnston drilled an effort wide before Malta grabbed their third in the 40th minute. Sam McClelland fouled Veselji inside the area and the striker duly got up, brushed himself down and stroked the resulting penalty into the back of the net.

Northern Ireland did their best to claw their way back into it in the second period after Paddy Lane, Oisin Smyth and Kyle McClelland replaced Barry Crowe, Caolan Boyd-Munce and McClelland respectively.

Just after the restart a Trai Hume strike flew wide before Lane got on the end of a free-kick taken by team captain Ethan Galbraith. The striker’s effort was blocked, however Lane then swooped to score for Northern Ireland on 58 minutes.

Lane produced a superb run, leaving several defenders in his wake, before rifling the ball into the net from the edge of the area. It was a great finish.

The boys in green and white continued to push forward and Lane forced a good save out of Malta keeper Cain Formosa before Hume saw a shot drift past the upright.

On 70 minutes Formosa had to be on his toes again to keep out a rasping shot from Galbraith.

The Maltese keeper was called into action once again when Lane fired in another decent shot, while down the other end Liam Hughes denied Veselji a hat-trick with a good stop.

Waide had a shot blocked before Malta scored their fourth in the 84th minute. Adam Magri Overand played in team captain Ayrton Attard and the midfielder made no mistake.

Substitute Harry Anderson forced Formosa into another save, the lively Lane shot wide and both substitute Christopher Conn and Waide had chances before Malta savoured their victory at the final whistle.

Schofield’s charges will now have to regroup quickly as they prepare for their second match in Qualifying Group C. They take on Slovakia next Tuesday (7 September) at Mourneview Park in Lurgan.